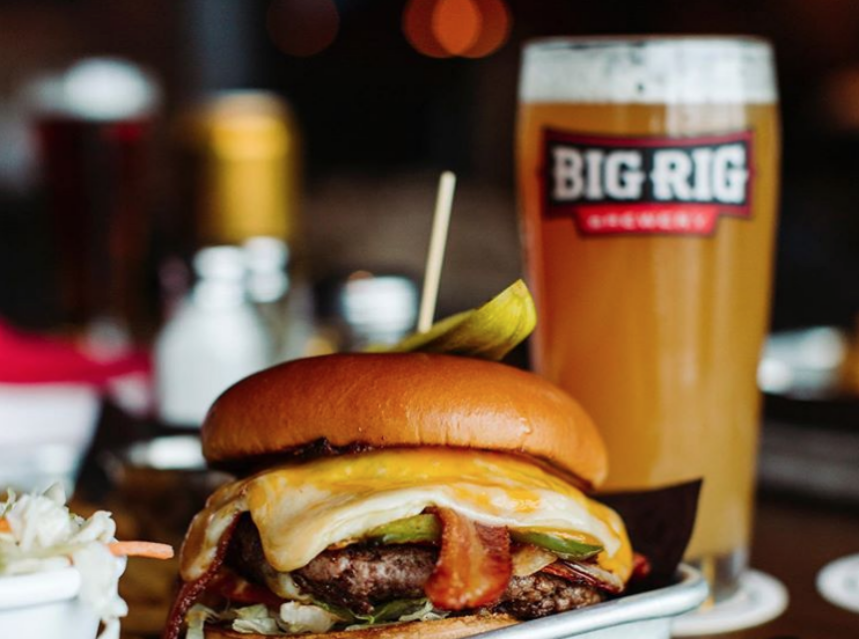 As part of an aggressive expansion by Big Rig throughout the GTA and Vancouver area, the Ottawa brewery that brought us beer faves like Alpha Bomb IPA and Midnight Kissed Me Cow Double Chocolate Milk Stout will soon be cropping up with locations outside of the nation’s capital.

The mystery about who will take over the vacant locations left behind when French brewpub chain The 3 Brewers closed its taprooms for good at Mississauga’s Heartland location and on York Boulevard in Richmond Hill, has now been untapped!

The Mississauga location for Big Rig Kitchen and Brewery will open mid-May followed by the grand opening in Richmond Hill marking the popular Canadian brewer’s first locations outside Ottawa.

Big Rig will continue to offer the similar casual dining atmosphere, homestyle food, and of coure craft beer, to their popular two established Ottawa locations. They produce an extensive array of craft beer including IPAs, stouts, ales, and even radlers.

The brewery was founded in 2012 and its name was inspired by the nickname for former Sens star Chris Phillips.

In June 2019, Foodtastic Inc., the Quebec-based franchisor acquired the Big Rig Brewery and Big Rig Restaurants brand and but as part of the deal Big Rig’s award-winning brew master Lon Ladell stayed on board and continues to oversee the beermaking.

“Foodtastic is an amazing company and I’m thrilled to continue being a part of Big Rig brewery’s exciting future,” Ladell said at the time. “With the financial support from Foodtastic we can now expand our operations throughout Canada.”

And that is exactly what Foodtastic is doing as they open their first two expansion locations within the Greater Toronto Area.

The arrival of the new brewpubs should put a smile on the faces of former 3 Brewers customers. When the French beer giant closed its doors, it suddenly deprived the nearby communities of access to that local craft beer and dining atmosphere.