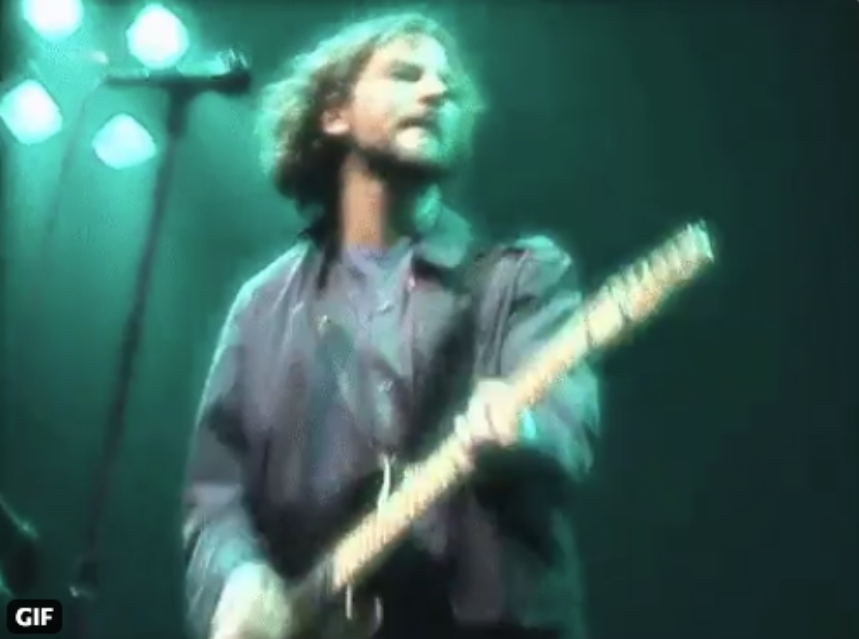 Last night mega grunge rockers, Pearl Jam joined the ranks of numerous artists and all four pro sports leagues concerned about the spread of COVID-19, by announcing on Twitter that they are deeply frustrated to be postponing the North American leg of their ‘Gigaton’ tour scheduled to touch down in Toronto on March 18.

The band said in their social media statement that Seattle schools, universities and businesses have temporarily closed out of concern for the risk of the spread of COVID-19. The band said “So we are being told that being part of large gatherings is high on the list of things to avoid as this global health crisis is now beginning to affect all of our lives. Unfortunately, communing in large groups is a huge part of what we do as a band and the tour we’ve been busy planning for months is now in jeopardy… We have and will always keep the safety and well-being of our supporters as top priority.”

Pearl Jam was supposed to launch its PJ/Gigaton tour on March 18 at Scotiabank Arena, which and then play upcoming spring shows in Ottawa, Quebec City, and Hamilton, which are also being postponed.

Meanwhile, in Santa Clara, CA they have banned all events with more that 1,000 attendees, the South by Southwest music festival in Austin, Texas and numerous other events that would attract large crowds have been cancelled.

“So it is with deep frustration and regret that we are forced to make this most unfortunate of announcements… This scheduled first leg of our PJ/Gigaton tour will need to be postponed and shows rescheduled for a later date.”

The Seattle rock legends then tweeted, “We’ve worked hard with all our management and business associates to find other solutions or options but the levels of risk to our audience and their communities is simply too high for our comfort level.”

Pearl Jam later tweeted their frustration with the U.S. Government’s lack of direction when it comes to COVID-19 safety recommendations, saying “It certainly hasn’t helped that there’s been no clear messages from our government regarding people’s safety and our ability to go to work. Having no examples of our national health department’s ability to get ahead of this, we have no reason to believe that it will be under control in the coming weeks ahead.”

Pearl Jam reassures its fans that they will follow through with their tour when the coast is clear but it is unclear when that will be at the moment. The band says fans who had tickets will be contacted by Ticketmaster.

Meanwhile, both the Toronto Raptors and Toronto Blue Jays are looking into how they can reduce the risk of exposure to the COVID-19 and this could involve playing to empty stadiums according to NBA officials. The players have said they really feed off the fans and it would be a huge disappointment for them as much as it would be for their fans.

Lakers’ star LeBron James scoffed at the idea of playing to an empty arena. When asked if things came to having to play in an empty arena, ‘King James’ told ESPN, “I ain’t playing. If I ain’t got the fans in the crowd, that’s what I play for. I play for my teammates, I play for the fans. That’s what it’s all about. If I show up to an arena, and there ain’t no fans there? I ain’t playing. So, they could do what they want to do.”

While Celtics star Kemba Walker echoed James’ sentiments to a degree, saying, “That would be terrible…That would be boring. They might as well cancel the whole game before that. That would suck. But at the end of the day, it is getting serious. I don’t know. It would be very weird though for sure.”

Meanwhile the NHL has announced it will close dressing rooms to media based on the recommendation of the Center for Disease Control and Prevention (CDC),

In Ontario, there are now at least 35 cases of COVID-19. Nearly 4,000 people worldwide have died from the communicable disease. Most of them have most of them have been immunocompromised, and 80 per cent of them in China.