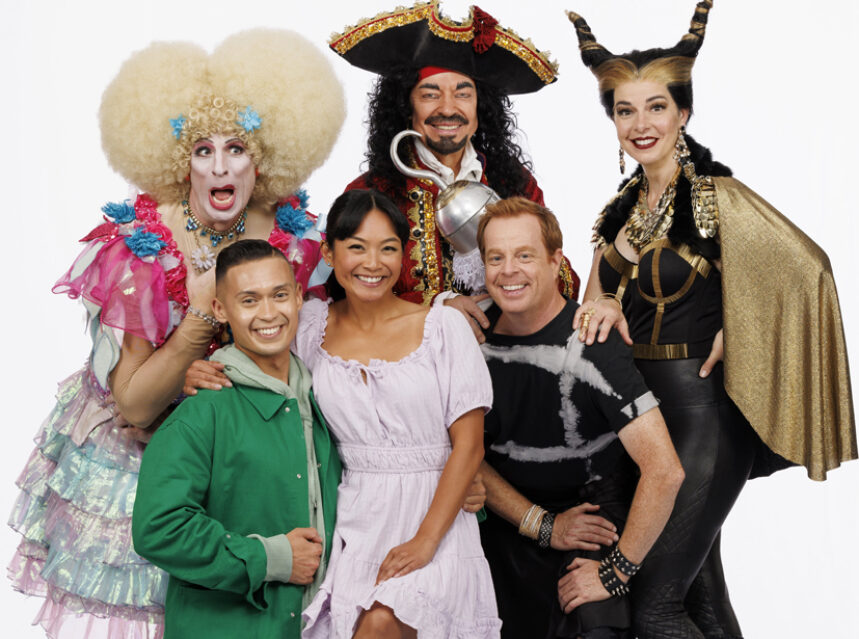 TORONTO, Nov. 11, 2022 – As the saying goes, all good things must come to an end, and such is the case as Ross Petty Productions has announced that after 25 years, their annual family musical pantomime will be their final performance. Peter’s Final Flight! The PAN-Tastical Family Musical will run from December 2, 2022, to January 7, 2023, at Toronto’s Elgin Theatre.

Ross Petty will return to the stage in his favourite role as the villainous Captain Hook as he bids farewell to generations of appreciative theatre goers.

“Frankly I miss the Boos!” said Ross Petty. “I’m looking forward to playing havoc with the audience one last time. The Elgin will reverberate with cheers, sing-alongs, ad-libs, boos and great singing and dancing from some of Canada’s finest musical theatre performers. I’ve had a blessed career as an actor, having performed on Broadway, London’s West End, and in many television and film productions, but what I’m most proud of is having introduced thousands of children and their families to the magic of live theatre with the Pantos. I’ll miss the joyous energy that flows between the actors and the audience across the Elgin footlights.”

For a quarter of a century, Ross Petty Productions has created an annual Toronto holiday tradition of fun-filled family musicals. The productions turn the most popular fairy tales into a unique audience-participatory experience with pop music, vivid costumes, ad-lib jokes and more. Some of the Canadian stars who have appeared in past productions include Karen Kain, Kurt Browning, Ernie Coombs, Don Harron, Fred Penner and others.

The story line goes like this: Ever since Peter Pan defeated Captain Hook, Neverland has been enjoying a period of peace and quiet, with the location of the island kept hidden from the villains of the world. But when Plumbum was trying to log into her Netflix account, she accidently shut down the cloaking spell which then revealed their secret location! With Neverland now exposed, Hook’s wife Helga and her inherited sidekick Smee, return to avenge her husband, defeat Peter Pan and destroy the legendary Heart of Neverland!

Will Peter, Wendy and Plumbum be able to stop Helga from destroying Neverland? Will Hook return one last time? Will an unlikely hero step up to the challenge?

The panto is directed and choreographed by Tracey Flye with writer Matt Murray and musical director Bob Foster. The cast will star Dan Chameroy (Billy Flynn in Chicago, Stratford) as the loveable Plumbum for his 9th appearance in the role; farceur Eddie Glen as Smee in his 20th Panto; Sara-Jeanne Hosie (Johanna in Take Care, Here and Now Theatre) returns as the bodacious Helga Hook; and dancer extraordinaire Stephanie Sy (Lijuan in CBC’s The Porter) as Wendy; Alex Wierzbicki (YTV’s The Zone) as Peter Pan and Ross Petty who comes out of retirement to play the role of Captain Hook.

For Eddie Glen who has played the role of Smee (the villain’s side kick) for 20 years, it’s like the end of an era.

“It’s strange to think this is the last production as I have spent half of my life every holiday season being part of this production,” says Eddie Glen. “Every year it’s like returning home to close family—I call them my ‘winter family’. Several of the cast have been with the production for many years and we’ve become close on stage and off stage. It’s somewhat sad to be ending, but perhaps it’s time for something different.”

Eddie Glen has appeared in theatres across the globe, making his West End debut in Miss Saigon at Theatre Royal, Drury Lane and appeared in Joseph and the Amazing Technicolor Dreamcoat at the London Palladium.

“My parents are Scottish, so I was able to get my British passport and I moved to London, England when I was in my early 20’s,” says Eddie. “My debut was in the ensemble of Miss Saigon. I played the epitome of theatres in London’s West End which was one of my career highlights.”

Returning to Canada, Eddie has appeared in dozens of productions at the Drayton Festival including, It Runs in the Family The Pirates of Penzance, Spamalot, Les Miserables and Man of La Mancha, as well as productions at Theatre Aquarius and elsewhere. He appeared in Music Man and Moby Dick at The Stratford Festival where he will return next season to appear in Spamalot and Frankenstein.

Eddie is also known as ‘the voice’ of YTV, voicing the show promos for over 25 years. Although he has appeared at The Stratford Festival and in productions in London’s West End, it is his role as Smee in the Peter Pantos that have brought him fame.

“I was in Cuba, and someone came up to me and said, ‘hey aren’t you that guy from the Ross Petty show?’ I have had this happen many times over the years. Many people tell me that they came to the show as children and are now taking their children to see the show. The team create a brand-new family musical every year from scratch, and everyone can relate to something—the music, the costumes, the characters or the story line.”

Asked what he enjoys most about playing the role of Smee, Glen answers: “What I love most about being the side kick to the villain is that sometimes it’s fun to play both sides. I start out as an evil character but then decide to help others. My character has evolved somewhat over the years from the eager, happy-go-lucky sidekick who would say yes to anything to now being someone who is more cautious and jaded. I have developed my own voice and start to question the villain–‘are you sure you want to do that?’ The thing about being an actor in live theatre is that you get to go onstage every night and be someone else—something I really love very much. I really get into my characters. Panto is so much fun as you get to talk to the audience, which is different from working with a scripted piece. Sometimes I am having so much fun on stage that I have to stop and count my blessings—‘I’m having the time of my life, and I’m getting paid for this!’”

Ross Petty sums it ups this way: “I’ve been a performer my entire life, but I’ve never had a more thrilling experience than being on stage in the Pantos. The electricity generated between the audience and the actors is extraordinary. I’m proud to have created an entertainment for the past 25 years that is loved by children and adults alike. This farewell production of Peter’s Final Flight will indeed be bittersweet. But I hope the memories will live on forever.”

Peter’s Final Flight: The Pan-Tastical Family Musical is produced by Ross Petty Productions in association with Crow’s Theatre, running from December 2 to January 7 at Elgin Theatre. Tickets from $29 per person, available for purchase by phone at 416-366-7723 or online at rosspetty.com.