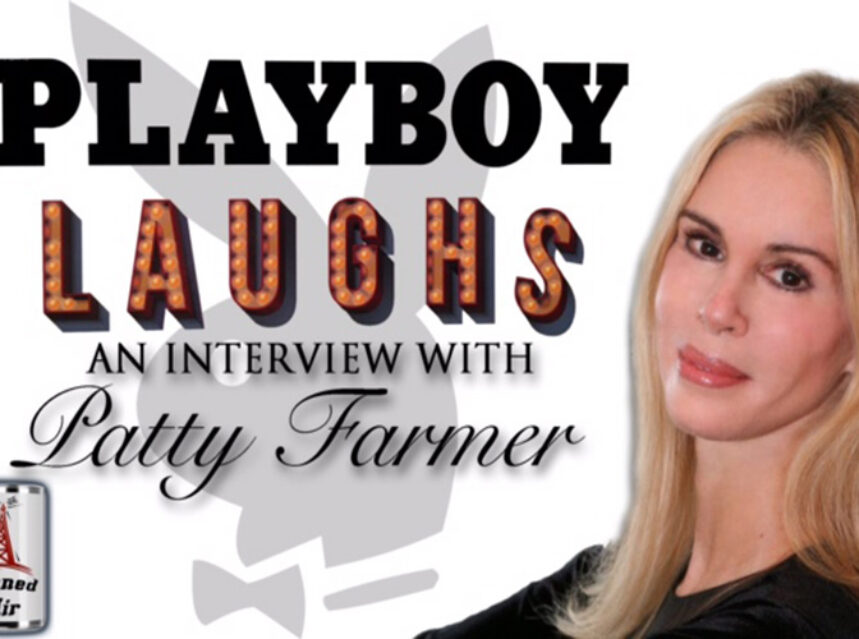 Playboy Laughs by Patty Farmer  – Towards the end of her book Playboy Laughs, Patty Farmer had this to say about the Playboy magazine empire and its iconic founder-publisher Hugh Hefner: “Through his groundbreaking clubs, TV shows, and jazz festivals, Hefner provided a vast network of venues where artists could develop and hone their craft and audiences could enjoy the latest and greatest in live entertainment … at its peak, Playboy was the largest employer of entertainment talent in the country.”

As Playboy expanded its “entertainment for men” empire into television, clubs and resorts, they needed entertainers to fill those stages and provide their audiences with plenty of music and laughter. In this companion volume to Playboy Swings, Farmer chronicles the comedians who provided that entertainment, and in many cases, built their respective show business careers as a result.

Through countless interviews and anecdotes, Farmer traces how shows like “Playboy’s Penthouse”, and its networks of Playboy Clubs and resorts became a breeding ground for comedy. It begins with longtime comics Professor Irwin Corey, Larry Storch (best known for his role in the 60s sitcom “F Troop”) and pioneering Black comic Dick Gregory who got his big break at the original Playboy Club in Chicago, because Corey needed to take a rare Sunday night off from his busy schedule at the club.

The comics who were interviewed for the book agree that although performing an endless schedule of shows at the Playboy Clubs were physically exhausting, the benefits far outweighed the punishing schedule, such as the good pay, the prospect of guaranteed long term employment, and of course, the chance to socialize – and date – the bevy of Bunnies who worked at the clubs (although the rules for the Bunnies strictly prohibited the latter). This not only applied to the established comics who appeared at the Playboy Club, but also those comics who were not entirely household names like Jerry Pawlek, Jackie Curtiss, Bill Tracy and Howard Storm, who can thank Playboy for giving them a steady gig, and later a long lasting career.

However, Playboy Laughs is like two books in one. The second half focuses on those individuals who used pen and ink to emit laughter through the cartoons they drew for the pages of Playboy magazine since the late 50s. Cartoonists like Jack Cole, Gahan Wilson, Doug Sneyd, Jules Feiffer, Dean Yeagle and Alberto Vargas proved that their cartoons in Playboy can be sexy and funny at the same time. They all agree that working for Playboy not only meant wide exposure, but also generous payments for their published works, even if it meant having to deal with Hefner in the editorial process through handwritten comments that were sent to them via snail mail. And sometimes, these cartoonists worked in somewhat out of the ordinary circumstances to get certain projects realized (case in point is longtime Mad magazine cartoonist Al Jaffee, who recounts a time when he and several other cartoonists sequestered themselves in a New York City hotel suite to work on the different steps it took to compile a book of cartoons that featured Harvey Kurtzman’s popular character “Little Annie Fanny”, who was a Playboy fixture since 1962).

Playboy Laughs is a highly entertaining and constantly amusing look back at another aspect of Playboy’s once mighty entertainment empire. Its sense of nurturing and encouragement helped build the careers of some of the greatest names in modern comedy through its network of clubs, and proved that Playboy was a force in 20th century popular culture beyond the confines of its legendary centerfold. (Beaufort Books, $27.95)