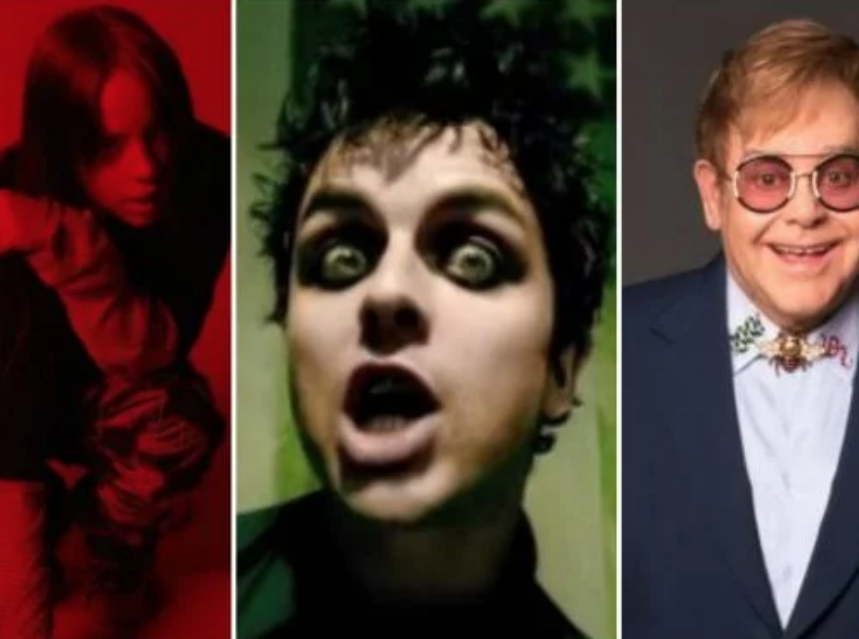 TORONTO. ON. March 29, 2020 – With the multitude of concerts and tours cancelled due to the deadly coronavirus outbreak, bands and individual music artists have been finding an outlet to connect with fans by providing live streams, virtual concerts, and past shows. They also have been inviting them into their self-isolation pads to share stories about songs, life on the road and of course tips about protection from the virus through hand washing, social distancing and ramped up hygiene practices.

Some lesser known artists have also been able to find an outlet through a well-established lives stream site called stageit, while Instagram live has been a popular way for artists to provide up close and personal communication with fans.

If you follow your favourite bands on social media chances are you have already found them performing, talking about their songs, sharing music and thoughts on the COVID-19 pandemic. Some notable active artists include Canada’s own Arkells, Barenaked Ladies, Justin Bieber, The Toronto Symphony Orchestra and Sarah Harmer, as well as Paul Stanley from Kiss, Michael Stipe of R.E.M, Sting, Coldplay’s Chris Martin, Miley Cyrus and many more.

Hamilton’s Arkells, and particularly their lead singer Max Kerman have been super active fighting their boredom and giving back to fans by taking too social media and hosting “Flatten the Curve” music classes daily at 1pm on Instagram featuring surprise guests like musician Joel Plaskett, ex-NHLer Paul Coffey, Broadcaster and huge Arkells fan, Ron MacLean, Leafs Mitch Marner and Tyson Barrie, Raps coach Nick Nurse as well as others. Kerman also delivers a heartfelt post thanking frontline workers, demonstrates the proper handwashing techinique while singing their latest single, “Years in the Making” and chats with fans about their favourite Beatles songs and well, anything else really. They also have been having fun with the Final Four Arkells March Madness song knockout competition started by a fan. They also joined forces with  Food Banks Canada and RBC to launch Flatten The Curve Music Class (#FTCMusicClass) to inspire fans to perform a song to raise money. With every submission RBC donates $100 up to a maximum of $25,000 to Food Banks Canada.

Meanwhile, Canada’s Justin Bieber has been going a little stir crazy at his Western Ontario home.

Justin Bieber plays the “The Floor is Lava” game

Canada’s Justin Bieber has been posting Tic Tok videos of fans dancing to “Come Around Me” as well as a self-isolation exercise entitled ‘the Floor is Lava’, where he attempts to get from his living room to his bedroom without touching the floor. Fans will find it most entertaining.

The ‘Biebs’ and his girlfriend Hailey are in isolation at his home near Cambridge, Ontario.

Since healthcare officials began recommending that people self-isolate themselves, Justin has been spreading the word to his fans.

“Obviously this is a really scary time,” he said on Instagram. “I wanted to remind everyone what we can do when we come together!! LETS COME TOGETHER BY ISOLATING OURSELVES UNTIL WE HAVE MORE ANSWERS! Our grandparents are counting on us.”

Another online hotspot Global Citizen – an organisation whose goal is to secure $350 billion a year for the next 10 years for the world’s poorest countries – has been hosting a #togetherathome virtual concert series in partnership with WHO to help us all practice social distancing and promote global health. They have been urging music enthusiasts to stay home, tune in daily on Instagram and take action! Their motto is ‘Together we can beat coronavirus.’

Some of the artists performing live on Instagram are from the planned September concerts to be held in New York City, Lagos, Seoul, Dubai and Latin America. If the concerts get the go-ahead they will feature music giants like Toronto’s own Shawn Mendes, Coldplay, Billie Eilish, Muse, Muley Cyrus, Harry Styles, Alicia Keys, H.E.R., Red Hot Chili Peppers, Usher, Metallica and many, many more. Metallica in fact, who had to postpone their spring South American tour with Greta Van Fleet, launched #MetallicaMondays on their YouTube channel March 23rd, a weekly online presentation of some of their biggest concerts from over the years. The first show, over two hours long, was held June 8 last year at Slane Castle in Irelend.

And tonight at 9 pm, Elton John will be hosting the iHeartMedia Living Room Concert for America, which is a live concert series benefiting those impacted by coronavirus. The hour-long concert is airing tonight on all Fox platforms as well as on all iHeartRadio stations.

During the hour-long special, John will introduce hugely popular artists who will be performing live from their homes in order to inspire good, responsible social distancing practices. The concert is geared towards raise funds for American COVID-19 relief efforts by asking viewers of the concert to donate to a variety of related causes.

Canadians can donate to the Red Cross if they tune into Much or CP24. Text 20222 and type CONCERT and your donation amount will be added to our phone bill.

So if you are a music fan there are numerous ways to get your fix while self-isolating. Just poke around on social media looking for your favourite bands and artists. Chances are you will find something to keep you entertained.