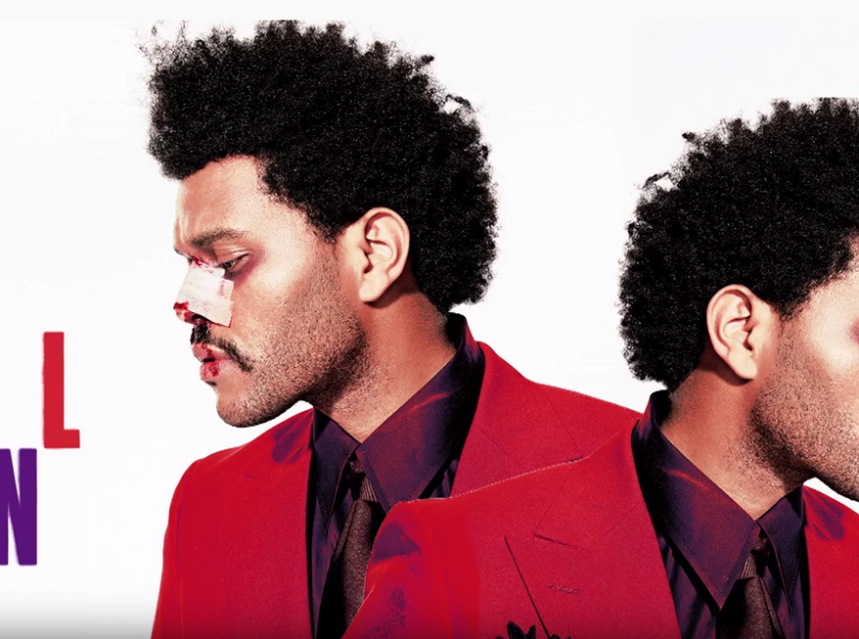 Introduced by show host Daniel Craig, The Weeknd (whose real name is Abel Makkonen Tesfaye) was dressed in the same style of a red suit, with black gloves and a similar bloody-faced with a bandage over his nose, to the Kimmel performance. The red suit red sport coat was also worn in the “Blinding Lights” video and Abel’s nose was bandaged and bleeding as a continuation from the Vegas-set story narrative where he gets beaten up.

This is not the first time The Weeknd has taken to the stage at 30 Rockefeller Centre, as this appearance marks the third time he has been on the show.

In addition to the two songs, the Canadian superstar also took part in another spot on the show. He was in a sketch comedy scene called “On the Couch” along with Chris Redd and SNL veteran Kenan Thompson. The sketch featured a song about being in the doghouse with their partners. And then The Weeknd also made a brief appearance on “Weekend Update” sketch, cleverly titled, “The Weeknd Update.,” which included perhaps a reference to COVID-19.

Watch The Weeknd’s sensational performance of his newest single “Scared To Live. ” as well as the Weeknd Update skit, below.

The Toronto singer, songwriter, actor, producer, has sold over 70 million records in the US and The Weeknd has won three Grammy awards, two American Music Awards, nine Billboard Music Awards, nine Junos and has been nominated for an Academy Award.