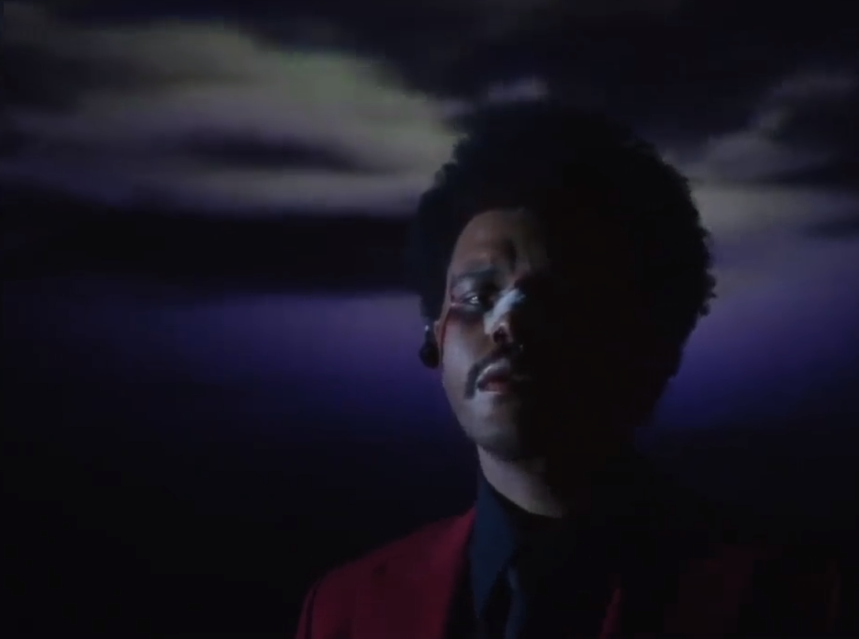 The performance on Kimmel took the “Blinding Lights” video a step further, as The Weeknd walked on stage wearing the red suit sport coat from the video. Abel’s nose was bandaged as blood trickled down the side of his face from getting beaten up in the Vegas-set music video.

During his performance, The Weeknd bops about wearing dark leather gloves on Kimmel’s stage in front of a dark and stormy night backdrop. As thunder claps and lightning strikes the camera then rotates the Canadian superstar around in circles and seemingly suspends Abel upside down from the storm clouds.

“Blinding Lights” is still holding strong in the Billboard top 40 on the Hot 100.

The newest single with a decidedly 80’s vibe, has earned over 330 million streams since it’s year end release and has hit #1 across streaming platforms and airplay charts in several major international markets. The single was launched with the Mercedes-Benz EQC campaign for which The Weeknd served as creative director, and he also performed the song as part of a creatively unprecedented two-night musical takeover on The Late Show with Stephen Colbert in December., where Abel sang to the audience from within a glass cube.

The Toronto singer, songwriter, actor, producer, has sold over 70 million records in the US.