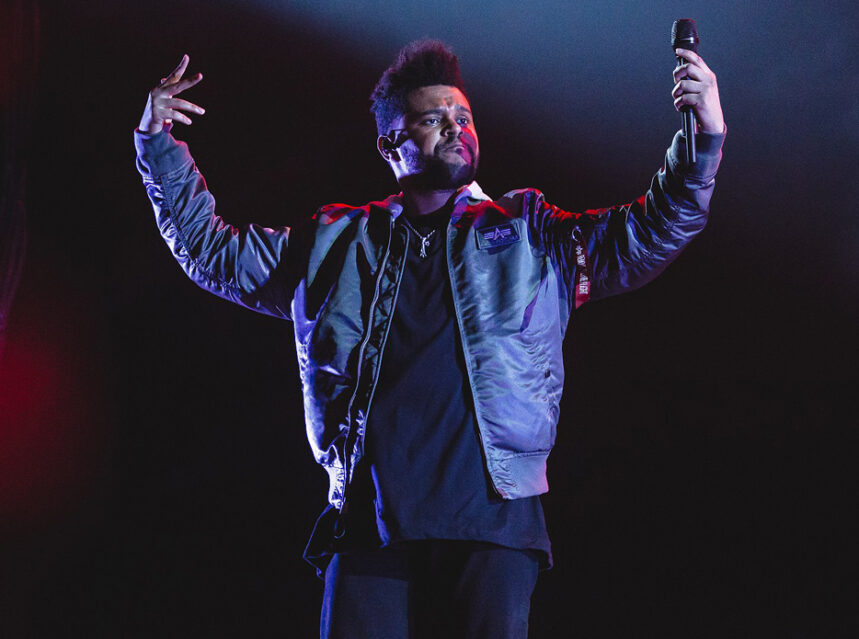 The Weeknd, otherwise known as Toronto’s R&B pop star, Abel Tesfaye has two songs leading the hit parade on Rolling Stone’s RS Top 100 this week. His newest singles, “Heartless” and “Blinding Lights” sit one and two respectively, above Mariah Carey’s popular Christmas hit “All I Want For Christmas Is You.”

“Heartless” has only been on the charts for two weeks and boasts an incredible 22.4 thousand streams and downloads while “Blinding Lights,” in its first week has achieved 188.2. Mariah Carey’s Christmas hit was a close third with 179.7 thousand streams/downloads, while Arizona Zervas’ “Roxanne” and Brenda Lee’s “Rockin’ Round the Christmas Tree” round out the top 5.

The Rolling Stone Top 100 is a song chart that ranks popular songs from today’s most popular artists. Songs are ranked by Song Units, a number that combines audio streams and song sales using a custom weighting system. The song chart does not include any passive listening, such as terrestrial or digital radio. The Rolling Stone Top 100 Song chart is updated daily, and each week Rolling Stone finalises and publishes an official version of the chart, covering the seven-day period ending with the previous Thursday. –Rollingstone.com

For obvious reasons, Christmas/holiday themed songs figure heavily in this week’s RS Top 100 with “Jingle Bell Rock” by Bobby Helms, “A Holly Jolly Christmas” by Burl Ives and “Last Christmas” by Wham! all in the top 15 and no fewer than 10 Christmas songs in the top 30.

Since 2010 The Weeknd has had Billboard Top 10 hits with “Love Me Harder,” a duet with Ariana Grande, “Earned It” from Fifty Shades of Grey and the hugely popular funk dance track, “I Can’t Feel My Face.”

The Weeknd began gaining popularity in 2010 with three songs uploaded to YouTube. This was followed up with three mixtape free downloads. Tresfaye, had a hit with a cover of Michael Jackson’s “Dirty Diana” and then The Weeknd featured heavily on Drake’s album, Take Care. In 2011, The Weeknd released “Crew Love” which reached Top 10 on Billboard’s R&B/Hip Hop Chart, before being featured on Wiz Khalifa’s hit single “Remember you.” He signed with Universal Republic in 2012 and rebundled his first three mixtapes with three new songs for Trilogy. This album release debuted at number 4 on the Billboard charts, and resulted in The Weeknd winning Best Breakthrough Artist and Best R&B/Soul Recording of the Year at the 2012 Juno Awards.

For more background on one of Toronto’s shining mega stars visit: Apple Music or theweeknd.com

with notes from Rolling Stone Magazine and Apple Music