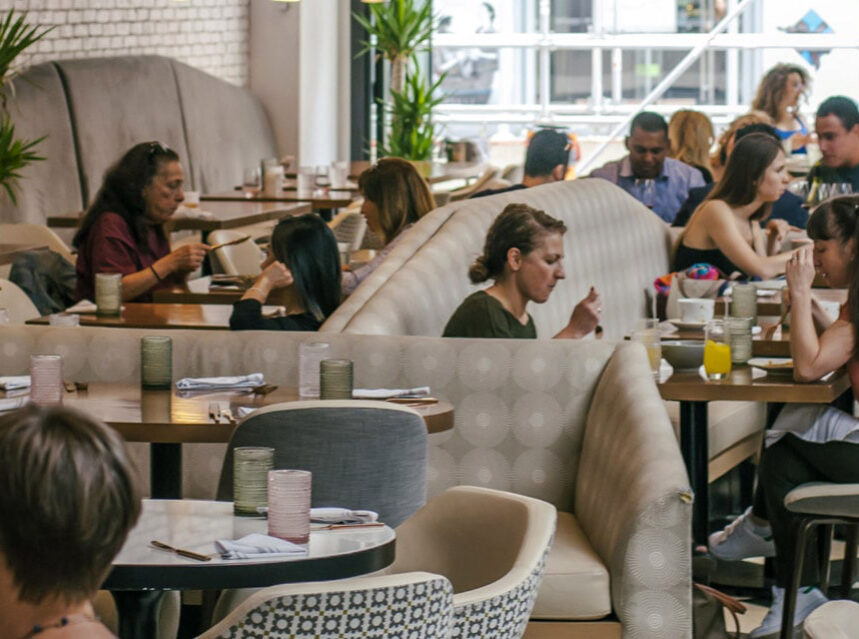 With four Toronto restaurants, PLANTA is about to open three more stateside

Toronto-based PLANTA is a collection of popular plant-based restaurants growing faster than the fresh produce they serve. With four Toronto locations, the innovative restaurant group is opening locations in West Palm Beach, Florida, New York City and Bethesda, Maryland. Despite the challenge of operating during the COVID-19 pandemic with intermittent restaurant shutdowns (with just take out available), PLANTA co-owners Steven Salm (Founder/CEO) and David Lee (Founder/Executive Chef) are proof that when the going gets tough, the tough get going.”

“We opened one of our Toronto PLANTA restaurants in the middle of the pandemic and were forced to close it 15 days later,” says Steven Salm. “We were forced to evolve and think outside the box and came up with PLANTA at Home which offers frozen meals to help people eat healthier at home and plant-based meals are a big part of that. We ship frozen plant-based favourites across Canada and the U.S.”

PLANTA restaurants celebrate the power of plants by working with ethical suppliers to source high-quality ingredients. Each of the four PLANTA concepts offers a unique dining experience. “PLANTA on Bloor offers an internationally-inspired cuisine with pastas, pizza, salads and more with a hint of Asian influence; PLANTA Queen has an Asian influence; PLANTA Cocina offers Mexican influences while PLANTA Burger is geared for to-go food.”

Steven talks about the inspiration behind the PLANTA plant-based concept: “The inspiration for PLANTA comes from my own journey of going to a plant-based diet. I have been in the restaurant business for years and once I switched to a plant-based diet, I found that when I went out to dinner, there was often nothing I could eat on the menu. PLANTA offers amazing dining experiences based on 100 per cent plant-based meals. I am proud of the company we were before and the company we have become. You must evolve and grow. Innovation is key to success in the hospitality industry. Our hope is to expand our concepts in major Canadian and U.S. cities as the global demand continues to grow for healthy plant-based foods and we can showcase David’s talents in so many exciting ways.”

Executive Chef David Lee trained in England at Michelin-starred restaurants before coming to Canada in 1994. According to the Canadian Encyclopedia, a highlight of his career was spending weeklong stints at Sandringham where he cooked for Charles, Prince of Wales, and his guests. In Toronto he worked as the Chef du Cuisine at Centro before helping to open Splendido and later Nota Bene. In 2016, the renowned chef turned to a plant-based eating regime. Later that year, he joined forces with renowned restauranteur Steven Salm of Chase Hospitality Group and opened the first PLANTA restaurant in Yorkville.

“Personally, following a plant-based diet has had a huge impact on my well being,” says Chef Lee. “I went to the doctor and had a check up and some of my numbers were high. Then I saw a picture of myself several years ago at a party and I looked like I had aged 10 years and had put on so much weight. That was the boiling point for me. I resolved to eat healthier and began following a 95 per cent plant-based diet. I am not saying that plant-based eating is the cure-all for everything, but it puts you on a good path.”

As a chef, learning to cook plant-based meals—vegetable proteins as opposed to meat proteins, was really challenging, says the Chef Lee “But a good challenge,” he adds.

Chef Lee realizes there are plenty of skeptics out there when it comes trying vegan or plant-based meals. “My advice is to come in and try PLANTA and give it a try. People are generally wowed by our food. Our reward is when we hear comments from people who didn’t realize we are a plant-based restaurant and comment, ‘wow, this is amazing. I didn’t realize plant-based food could be so good!”

Glancing at the PLANTA at Home menu on the website, signature dishes include Quesadilla, Cauliflower Tots, Steamed Spinach & Shitake Dumplings, Potato Dumplings, Eggplant Lasagna and more. You’ll also discover several types of pizza including the ingenious Create You Own 4 Pizza Pack, along with sweet treats like Cinnamon Buns, Big Cookies, and whole New York Cheesecake. The PLANTA team sent me some dishes to sample from the PLANTA at Home menu and I can personally vouch for several—the Cauliflower Tots are delicious; the Eggplant Lasagna is fabulous and the Cinnamon Buns—divine!

With Mother’s Day fast approaching we asked the Executive Chef for his suggestion on what to order for a special meal to celebrate mom.

“I would order Cauliflower Tots, Simple Udon Noodles with Truffle Cream Sauce made from coconut milk, and Chocolate Cake for dessert!”

Here are the winning Lotto Max numbers for Tuesday September 14, 2021 and other OLG lottery results