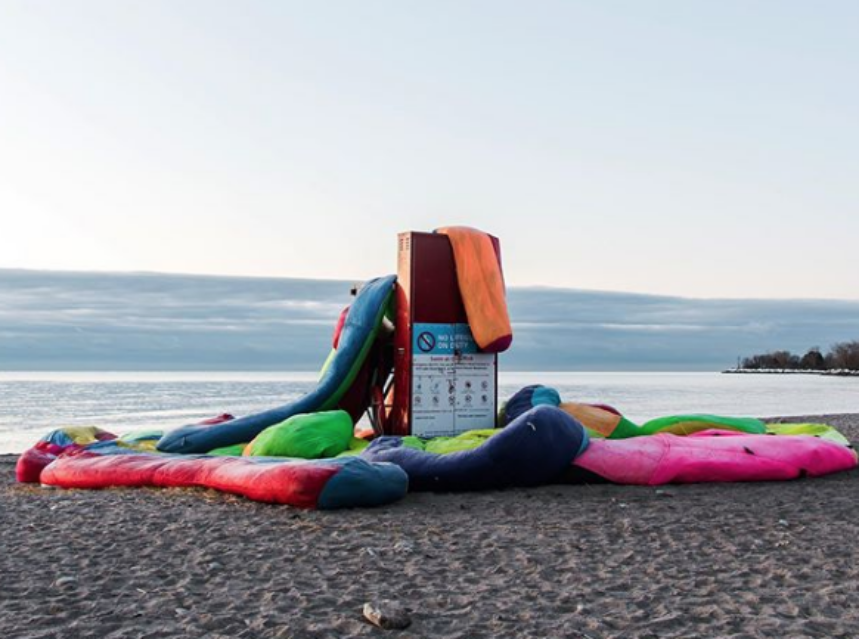 According to CBC radio the exhibit, titled Noodle Feed, was taken down when an inspection found the long tubular arms, made from recycled sailcloth and stuffed with straw, began to rip and leak.

The damage was not caused by vandalism but just by the wear and tear from kids climbing all over it, which was encouraged.

Noodle Feed was the Winter Stations 2020 winner at this year’s exhibition. It was designed by three artists from iheartblob, an award-winning Austrian architectural design studio.

The 6th Annual Winter Stations celebrating Toronto’s winter waterfront landscape got underway on February 17 and runs until the end of March. The extensive exhibit features temporary public art installations including displays from all the winners of the 2020 Winter Stations International Design Competition in 2020.

The CBC radio report said Noodle Feed will live on in the virtual world because so many people posted photos and stories on social media which will be seen for years to come.

“It just goes to show how many people really liked it,” Anna Sebert, the executive director of the Beach Village Business Improvement Area told the CBC. Kids were all over it. It would have been great to see it out the whole time, but it’s just the nature of the event.”