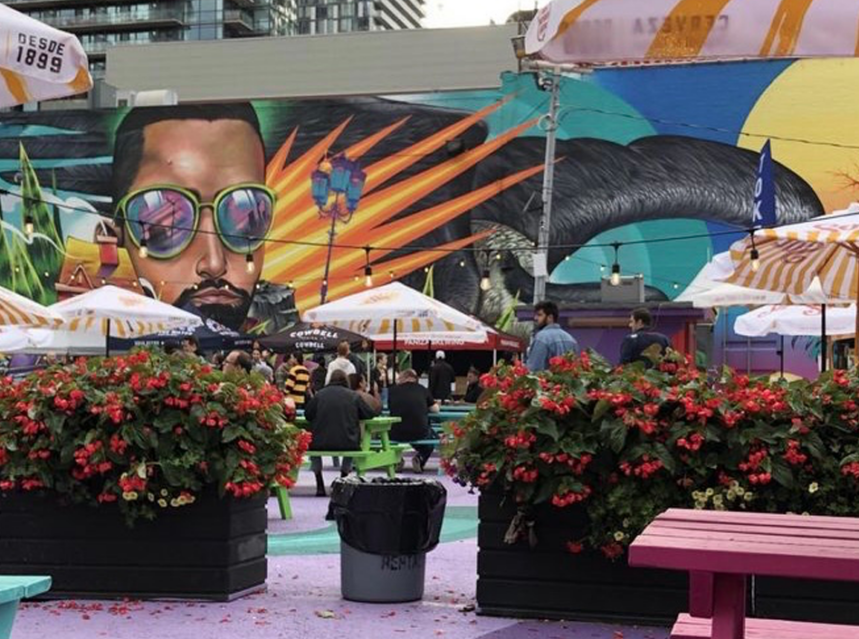 TORONTO, ON, Sept. 25, 2021 – One of Toronto’s hottest tickets this first weekend of fall is RendezBrews, the Toronto Craft Beer Festival happening in collaboration with RendezViews, Toronto’s coolest and largest summer patio and art park. With 5 sessions and 40+ varieties of craft liquid gold, RendezBrews is taking place all weekend from September 23rd – 26th.

Once again, Ontario craft beer enthusiasts can experience this ‘sip and mingle event of the summer’ or very early fall to be technical. RendezViews, Toronto’s largest goto patio for COVID-friendly distanced gatherings, is located at John and Richmond. The colourfully psychedelic patio atmosphere is the result of a collaboration between Collective Arts Brewing and Toronto’s Fifth and the Ballroom. It has been a Toronto hotspot this summer, for live music, along with sports watch gatherings, trivia nights, drag shows and more.

The Toronto Craft Beer Festival, first held in 2016 is not as expansive as usual this year but it will be larger than last year’s frothy affair held at Ontario Place. Unlike, the city’s premier and largest beer event the Toronto Festival of Beer (TFOB), usually held in late July, with representation from most major corporate breweries along side a huge number of craft brewers, the Toronto Craft Beer Festival is geared towards the more discerning lover of craft brews. Beer enthusiasts will discover a lot more craft brewers that may not always be pouring at TFOB.

And that’s not all that’s happening at RendezBrews, as there will be DJs spinning on the patio, our beloved Blue Jays facing the Twins on the giant screen, and perhaps the coolest part will be a viewing of the 24-hour Global Citizen Live concert simulcast featuring 70+ artists. across 15 cities., 7 continents.

RendezViews certainly opens the tap on what will surely become a terrific fall of beer festivals across the GTA. Also happening this fall are Fall Beerfest TO at Bandshell Park (virtually at the same time) on Sept. 24-25; Hops & Harvest Festival at Kelso in Milton Oct. 1-3; Octoberfest at Fall n Leaves TO pop-up Oct. 22-24; and Mississauga Craft Beer Fest at the Small Arms Inspection Building Creative Hub Nov. 5-6.