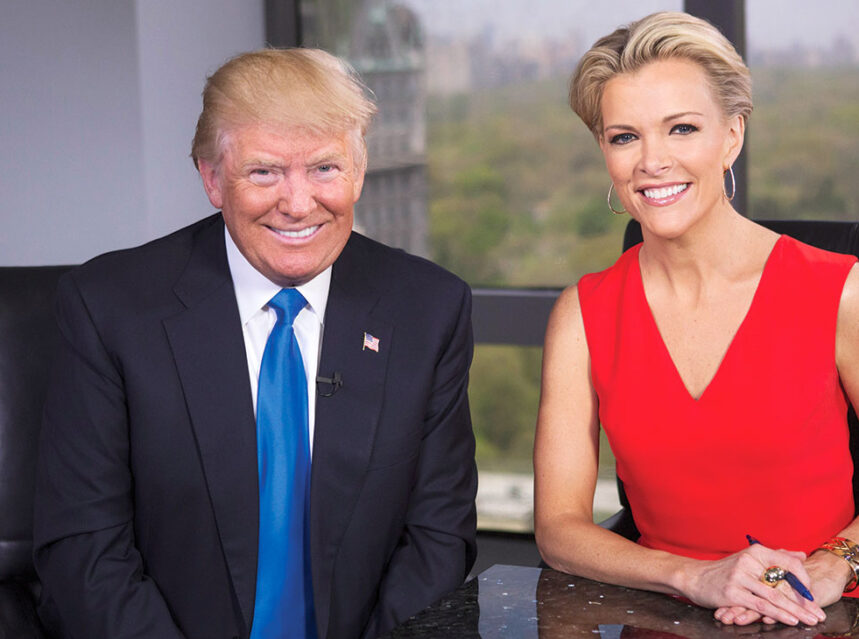 On August 6, 2015, the day of the fateful Republican presidential candidates’ debate in Cleveland in which Megyn Kelly’s question to Donald Trump about his treatment of women would make her a household name, there was one major preoccupation the Fox News host would have before the debate even started.

And that was thanks to a sudden case of a stomach virus she contracted just hours before the live debate went on the air, which made her quite violently ill and almost put her out of commission. It got to the point where Kelly was given a blanket to put around her legs while she was at her seat on the debate stage during the broadcast, as well as an empty wastebasket placed at her feet, in the event she was overcome with nausea, and had to vomit on live TV (with her mic conveniently cut off and the cameras turned away from her).

And yet, through the illness and controversial question to Trump, Kelly survived the stormy night in Cleveland, not to mention the other storms that would come her way as a result of that question. And when it comes to survival, both personal and professional, Megyn Kelly is someone who knows how to weather them.

As she writes in the prologue of her best-selling memoir Settle for More: “I was raised with strong values, and had spent much of my life to that point seeing my character tested. I was viciously bullied in middle school. My father died when I was a teenager. As a lawyer, I worked eighteen-hour days immersed in acrimony. As a cub reporter, I was targeted by a violent stalker. Once I became a well-known news anchor, I accepted without complaint the scrutiny that comes with that role. I’d also navigated my way through plenty of sexism from powerful men. So I suppose I was as prepared as anyone could be to spend the 2016 election being targeted by the likely Republican nominee.”

That paragraph basically sums up the personal story that Kelly conveys in her book. Without trying to elicit a feeling of pity from the reader, she recounts how she managed to work her way up the ladder to a great degree success in two mostly male-dominated career fields – law and news media – through a great deal of struggle and hard work, yet at the same time deflecting the many slings and arrows that were thrown at her.

And there are plenty of stories offered in the book that give the reader an unblemished portrait of how Megyn Kelly became the multi-faceted individual that has drawn so many millions of viewers every night to watch “The Kelly File” on Fox News (and later this year, to her new broadcasts for NBC News, which the move was officially announced last month).

Perhaps the most compelling part of the book – and is a vivid example of Kelly’s strength and resilience in times of adversity – is the portion towards the end of the book that chronicles her battles with President Donald Trump before and during his run for the 2016 Republican presidential nomination. 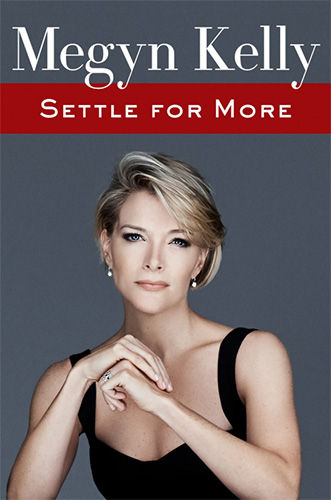 “I enjoyed interviewing him,” Kelly admits about his first two appearances on “The Kelly File” before his candidacy. “He was fun to watch, irreverent, and you never knew what he was going to say.”

And then in early 2015, before he announced his presidential run, Trump launched a campaign to charm and court Kelly, with constant phone calls, personal notes, highly complementary tweets, and even an offer to pick up the tab when she spent a weekend with some old friends at the Trump Soho Hotel in New York City (an offered that she vehemently refused).

Kelly then realized Trump’s motivation behind this “campaign”. It became quite evident during an interview she did with Trump for a Kelly File broadcast just before he announced his candidacy, in which he tried to convince her to ask him about some less than reliable polls that were favourable to him, instead of the series of reputable polls that stated he was trailing behind some other Republican candidates (which she flatly refused to do). And following the pre-taped interview, he tried to manipulate her to air the interview intact and unedited (which she also refused to do). These two examples of Kelly sticking to her guns for the sake of journalistic ethics created a divide between her and Trump, which came to a head with her asking Trump the question about his treatment of women at the debate in Cleveland.

Kelly is to be given a great deal of respect for her courage in how she handled the swift firestorm that greeted her after the debate, which was sparked mainly by the series of hateful tweets Trump posted that questioned her abilities as a journalist and attacked her personally as well. Her strong will, courage and determination in the face of these attacks (which could have easily toppled any individual both physically and emotionally) is a true testament to the inner strength she has built for herself through all the difficulties she faced throughout her life. As a result, a somewhat reconciliation was established between the two (which also ended up with an interview with him on a year-end TV special Kelly was hosting) that was dubbed the “Trump Tower Accords”.

“Some described me as ‘fearless’ throughout these events,” Kelly reflects in the book. “But I wasn’t. I was fearful at times – for my safety and that of my family. For what the attacks might mean to my career, my relationship with my viewers, and some of my professional relationships. And yet I knew I had a job to do. And doing it felt empowering. In showing up at Trump Tower that day and later interviewing him for my special, I was taking control of my life, refusing to accept the status quo. Fear did come, but so did courage. If you can muster courage in the face of fear, you become more confident. You become tougher.”

So whether you agree or not with Megyn Kelly’s viewpoints, or her tough, sometimes confrontational interview style (which ratchets up several notches if the interviewee doesn’t get their facts straight), her book Settle for More will inform you, enlighten you and most importantly, inspire you. She is someone who started with less, and by settling for more, she boldly faced many struggles and obstacles, and as a result, achieved many of her goals, both professionally and personally.