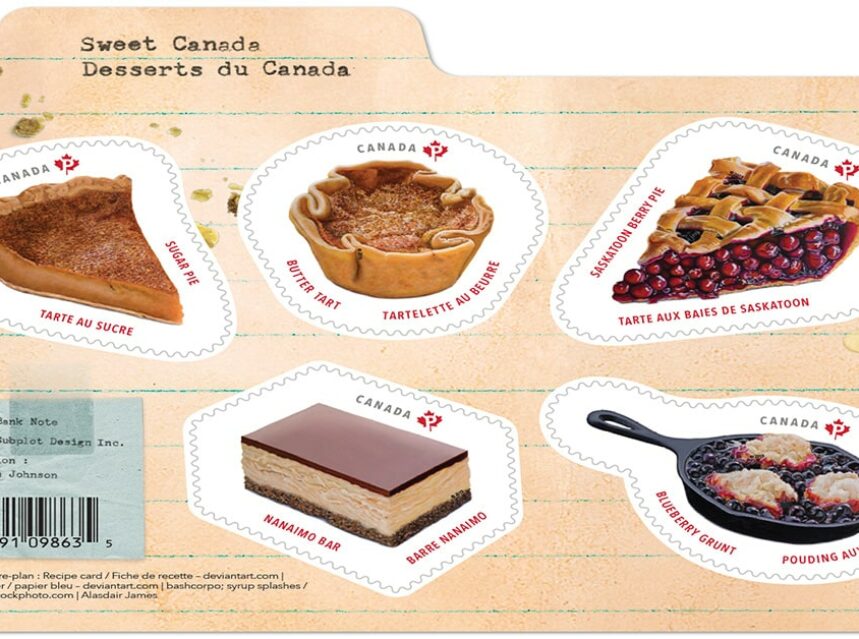 Here’s a tasty fact: traditional Canadian desserts offer more than a scrumptious end to a meal. Behind many sweet treats is lore about Canada’s history, such as a pie made from the berries that once helped Indigenous communities survive long prairie winters to the tarte au sucre that reminded colonists in New France of their former homeland. 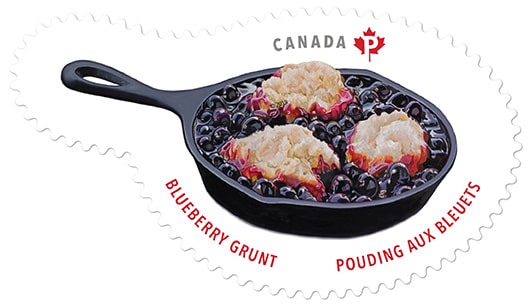 The PermanentTM domestic-rate stamps, designed by Subplot of Vancouver, illustrated by Mary Ellen Johnson and printed by Canadian Bank Note, are available in booklets of 10. A souvenir sheet and a souvenir sheet Official First Day Cover, cancelled in two of the desserts’ namesake cities, Nanaimo and Saskatoon, are also available for purchase at your local post office or www.canadapost.ca/shop.