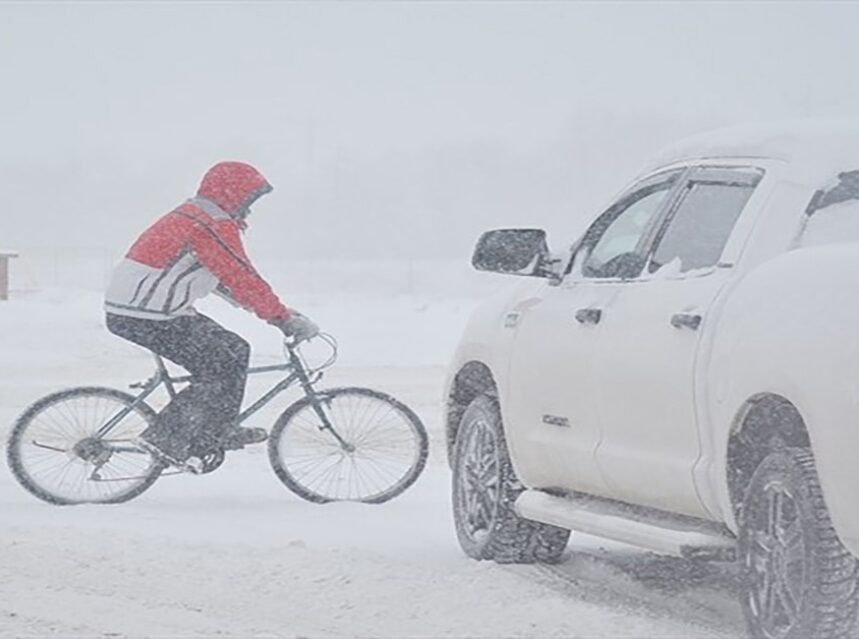 Environment Canada has placed Toronto and north east of the GTA under an official Snow squall watch for Toronto.

“Snow squalls and blowing snow will reduce visibility and could cause life-threatening travel due to sudden whiteout conditions.,” says Environment Canada.

There is also a blizzard warning for those travelling to the Grey-Bruce area with local accumulations possibly exceeding 50 cm into Saturday, according to The Weather Network.

The snow squall is being called a mega squall and it will impact the evening commute home starting northwest of the city then venturing further south into Peel and Toronto before heading east towards Prince Edward County.

Squalls could also stretch through the GTA at times bringing sudden reduced visibility.

Environment Canada is saying that in Toronto, snow squalls or flurries will be ending late this evening then mainly cloudy with 30 percent chance of flurries. There will also be local blowing snow this evening. Wind west 30 km/h gusting to 50 becoming light this evening. Low minus 10.

Tonight will be bitterly cold with a wind chill minus 10 this evening and minus 17 overnight.

The main area of snow squall concern lies just north of Toronto, so commuters beware and take precautions, slowing down leaving extra time if you have to drive.