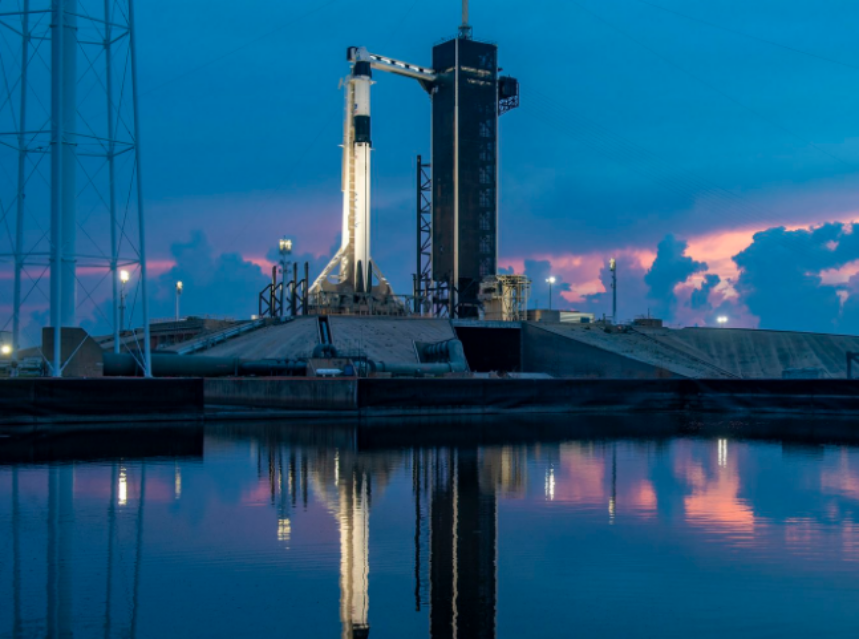 Cape Canaveral, FLA., May 27, 2020 — Today, Elon Musk’s SpaceX was set to make its first ever manned space flight, but the historic launch was scrubbed and pushed to Saturday at 3:22 pm from Kennedy Space Center at Cap Canaveral, Florida.

The launch, from Cape Canaveral, Florida, was scheduled for 4:33 p.m., Eastern time on Wednesday, but was abandoned and changed to due to weather conditions. The mission, called Commercial Crew Demo-2, calls for a SpaceX Falcon 9 rocket to take NASA astronauts Doug Hurley and Bob Behnken to the International Space Station.

Not only will this launch be SpaceX’s first to with a manned crew, the mission will mark the first time NASA astronauts have launched into space from the United States since 2011, following the end of the Space Shuttle program.

The SpaceX rocket launch will also mark the first time a private company, as opposed to a national government, has sent astronauts into space.

SpaceX livestreamed some of the prelude to the launch, and planned to livestream the launch itself before it was delayed, so it is expected that on Saturday the same approach will take place, not only to allow people the world over to witness the historic event but also to deter the gathering of onlookers during the COVID-19 pandemic.

Not only does this unprecedented SpaceX launch mark the beginning of regular missions to carry astronauts and supplies to the ISS, but Elon Musk’s brainchild will also fulfill the Canadian tech guru’s dream to provide an opportunity for wealthy members of the public to pay for a flight to orbit Earth.

SpaceX Falcon 9 launch, When is the SpaceX launch