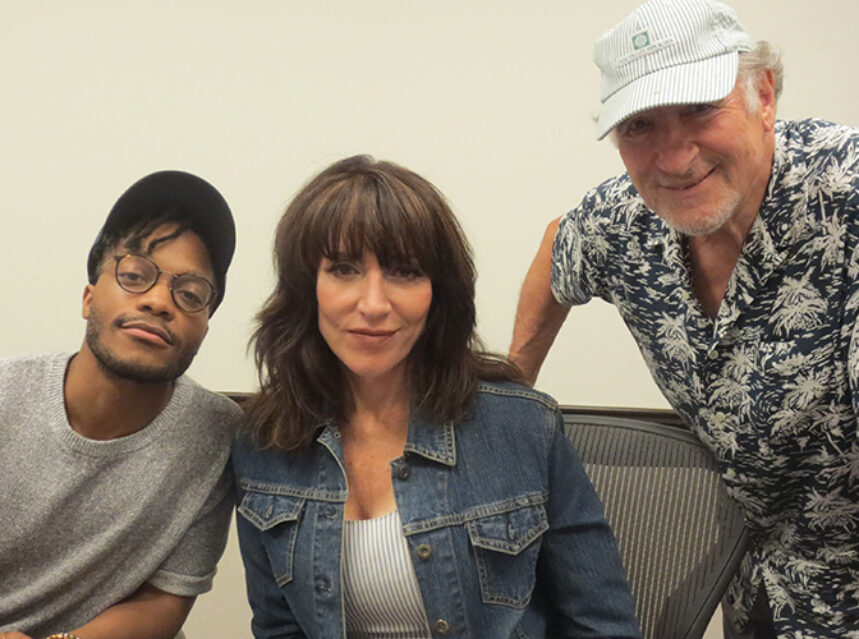 Superior Donuts – Here in Canada, donuts can almost be considered one of our national foods, especially when you pair it with a steaming cup of freshly-brewed coffee. And with apologies to Tim Hortons and Dunkin’ Donuts, the small-scale mom-and-pop neighbourhood donut shop is more than a place to have a donut or cruller with that cup of coffee. It’s a place where the residents of that neighbourhood can gather every day to discuss what’s going on in the neighbourhood, as well as their own lives.

But what happens when that neighbourhood surrounding the donut shop starts to change with the times, yet the shop owner somewhat reluctantly wants to go along with that change?

That’s the premise of the sitcom “Superior Donuts”, which debuted on CBS this past February, and will have its second season premiere on October 30. Based on the play of the same name by Tracy Letts, “Superior Donuts” focuses on Arthur Pryzbyszewski, the longtime owner of a small donut shop that’s located in a neighbourhood of Chicago. With the shop going through financial struggles, he hires Franco Wicks, a young, energetic individual, to work at the shop. Franco is always offering new and innovative ways to improve and modernize the donut shop; yet somehow, Arthur remains reluctant to go along with Franco’s constant suggestions.

This past July, I got the chance to interview three of the main stars of “Superior Donuts”: Judd Hirsch, who plays Arthur; comedian Jermaine Fowler, who plays Franco; and Katey Sagal, who plays Randy DeLuca, a Chicago police officer who frequents the donut shop. The trio were in Montreal to do a panel discussion about the show – along with executive producers Bob Daily, Neil Goldman and Garrett Donovan – as part of Just For Laughs’ annual Comedy Pro conference, which took place at the Hyatt Hotel.

Fowler, who is also one of the show’s executive producers, admitted that he never saw the original “Superior Donuts” stage play and didn’t understand its context at first, but one of the first concerns he had was to make sure that Tracy Letts was happy with the idea of turning his play into a TV sitcom.

“I really didn’t want to piss Tracy off because Superior Donuts was his vision and his baby. Besides, he looked very intimidating because he is very tall and looks like a serial killer!’ jokingly remarked Fowler. Somehow, his fears were unfounded, because after seeing the pilot, Letts offered the crew a number of tips regarding the material and especially the relationship between Arthur and Franco. “Afterwards, he thought the show was awesome and gave us his blessing,” he added.

“The crux of the show is all about the patrons and the owner of the donut shop. You have to remember that the relationships within the shop is the most important thing, and that’s why people keep coming back.”

Sagal, who is best known to sitcom fans for her role as Peg Bundy on the long-running Fox sitcom “Married … With Children”, was initially attracted to “Superior Donuts” when she and Judd Hirsch had parts on an episode of “The Big Bang Theory”, and urged her to be a part of the cast of “Superior Donuts”.

“I read the script and was immediately drawn to it, because the show deals with current affairs and what’s going on in the world. That’s when I knew I really wanted to be involved with the show,” she said. “It has sort of a Norman Lear thing about it. We can look at where we are these days, which can be just nuts, and have a funny spin on it, or tell a joke after it, which makes things more palatable.”

Hirsch, a veteran of Broadway and TV, and is best known for his role of New York cabbie Alex Riger in the ABC sitcom “Taxi”, agrees that the donut shop acts as a microcosm for the lives and concerns of the people of that neighbourhood who frequent the shop in particular, and in the world in general.

“This show is like ‘Cheers’, but with donuts and coffee. But what makes ‘Superior Donuts’ different from ‘Cheers’ is that our lives matter to each other. You have to come here to find something, to find out what the hell is going on, because there is always a reason for being in a place, and to ask ourselves how the hell are we ever going to get out of here? That’s what the show is all about,” he said.

“The characters keep coming back to the shop because they have something that needs to get resolved; however, it’s a place that they can’t find out why they are there. And based on that, that’s where the comedy comes from. As well, the characters have a sense of being almost hapless. If these people can take care of themselves, why write about them? They don’t need to be funny,” he added.

One major aspect that helped “Superior Donuts” through its maiden season was having legendary TV producer/director James Burrows helm eight of its 13 episodes. “Jimmy truly is one of the best directors I had the privilege to work with, because he sees things that we don’t see. It’s like watching a conductor lead a symphony, only funnier,” said Hirsch. “His enjoyment is not just shooting an episode; he gets really excited about it and likes to be right in the middle of it. In fact, if you listen to some of the shows he directed in the past (i.e., Cheers and Taxi), you can hear him laughing in the background.”

Fowler echoes Hirsch’s satisfaction of working with a veteran TV director with a solid, visionary reputation like James Burrows. “The taping nights we did with Burrows for ‘Superior Donuts’ was like in and out in no time. He really knew what he wanted. And if you work with a director who knows what he wants, that is very important for a new sitcom. He always suggested things that the writers, producers and even the show runners didn’t think of; Burrows is a very masterful, talented person,” he said.

The trio agrees that the second season of “Superior Donuts” will be a work in progress, especially the concept of Arthur warming up to Franco’s ideas for improving the shop.

“You got to have conflict between Arthur and Franco, otherwise, it won’t be much fun,” said Fowler.