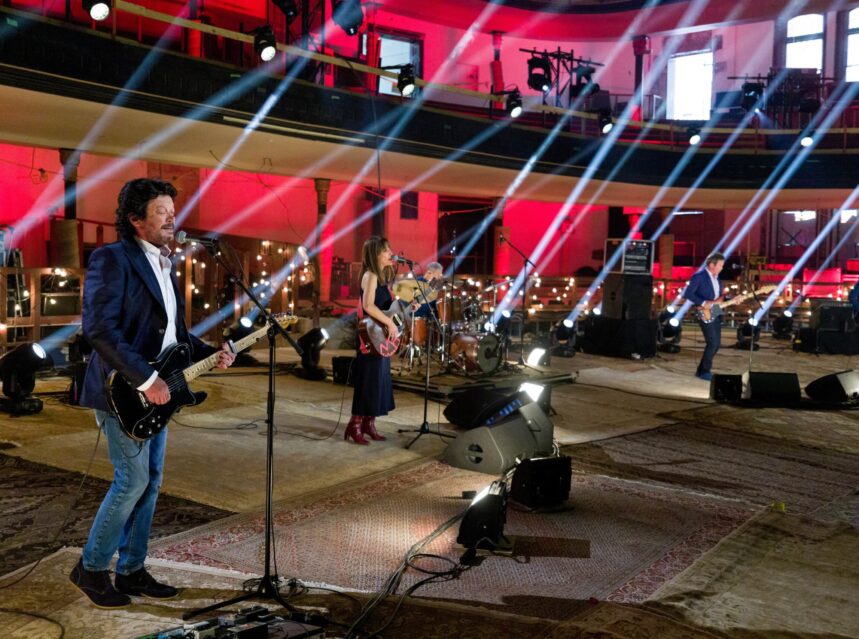 Jann Arden performed from Calgary’s National Music Centre following her induction into the Canadian Music Hall of Fame, Presented by TD,
by the legendary Anne Murray

TORONTO, June 6, 2021 – Last night, the Canadian Academy of Recording Arts and Sciences (CARAS) and CBC celebrated a golden anniversary at the 50th Annual JUNO Awards Broadcast, Canada’s biggest night in music. The awards were broadcast nationwide on CBC TV, CBC Gem, CBC Radio One, CBC Music, CBC Listen and globally on CBCMusic.ca/junos. The highly anticipated event featured show-stopping performances from some of the country’s brightest music stars and appearances from the nation’s most recognizable personalities.

Both new and notable artists were celebrated for their excellence and took home some of JUNO Weekend’s most prized awards. Following his three major wins announced Friday night at the 2021 JUNO Opening Night Awards Presented by Music Canada, The Weeknd also won Artist of the Year Presented by SiriusXM Canada and Album of the Year Presented by Music Canada during the broadcast, taking home an impressive total of five JUNO Awards this year.  This brings his overall total to fifteen JUNO Awards, making The Weeknd the sixth most awarded artist in JUNO history.

Shawn Mendes took home the coveted JUNO Fan Choice Presented by Freedom Mobile. For the first time this year, Canadians were given the option to vote on TikTok as the official voting platform.

One of Canada’s most buzzworthy talents, R&B singer Savannah Ré, took home Traditional R&B/Soul Recording of the Year Presented by ADVANCE, Canada’s Black Music Business Collective for her single “Solid”, and emerging soulful singer-songwriter JP Saxe was awarded Breakthrough Artist of the Year Presented by FACTOR, The Government of Canada and Canada’s Private Radio Broadcasters. Saxe also performed his song “Like That” and was then joined by multi-platinum recording artist and songwriter Julia Michaels with a beautiful performance of the hit song “If The World Was Ending.” Global superstar Justin Bieber walked away with the award for Pop Album of the Year Presented by CBC Music for his record-breaking album Changes and graced viewers with a knockout performance of his hit “Somebody”.

The Tragically Hip received the 2021 Humanitarian Award Presented by Music Canada, awarded to them by rock icons Geddy Lee and Alex Lifeson of RUSH. The band also performed alongside indie-pop star Feist with a rare rendition of “It’s A Good Life If You Don’t Weaken.”

The night included an extremely memorable induction of legendary singer-songwriter and adored Canadian personality, Jann Arden into the Canadian Music Hall of Fame, inducted by Canada’s songbird Anne Murray, and presented by TD Bank Group. Arden was honoured for her musical excellence, which has had an immeasurable impact on Canada’s music scene during the span of her 30-plus-year career. Fans were delighted with a moving performance of her hit “Good Mother” from Studio Bell, home of the National Music Centre in Calgary.

In celebration of 50 years of Canadian music, the evening also featured spectacular performances from R&B-pop artist and three-time 2021 nominee Ali Gatie, who performed at the JUNOS for the first time alongside two-timeJUNO Award nominee Tate McRae. Now four-time JUNO Award winner Jessie Reyez, who won Music Video of the Year on Friday night gave a soulful performance of her hits “Do You Love Her” and “Before Love Came To Kill Us” and JUNO Award winner William Prince entertained viewers with six-time JUNO Award winner Serena Ryder, performing “The Spark”.

Fans can rewatch every performance and memorable moment from the anniversary broadcast, on CBC Gem, and CBC Music’s and The JUNO Awards social channels.

FOR A COMPLETE LIST OF WINNERS AT THE 2021 JUNO AWARDS, GO TO WWW.JUNOAWARDS.CA

2021 JUNO winners, How many DUNOS The Weeknd, Justin Bieber JUNOS