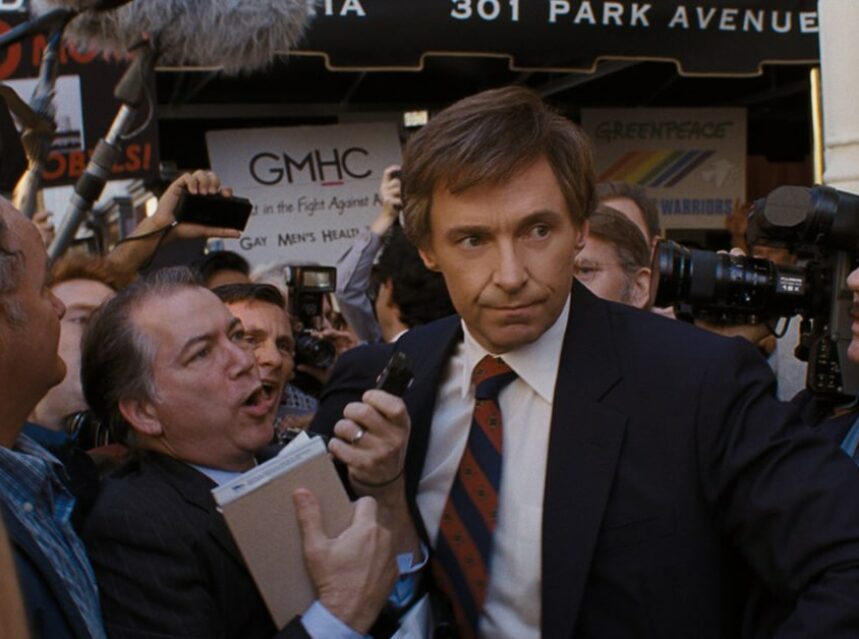 Does anyone remember Gary Hart? Hailed as a new star in American politics, some even compared him to John Kennedy, a senator, defeated by Walter Mondale in the 1984 Democratic primary, by 1988; however, he seemed unbeatable. That, until he showed his weakness: during a visit to Miami he met a woman with whom he eventually had a relationship. The affair was revealed by The Miami Herald, and from that moment on it became the focus of the campaign. As a result, Hart’s run for the Democratic nomination and the American presidency, and even his political career died at that moment.

“The Front Runner,” is a film directed by Jason Reitman, written by Matt Bai, Jay Carson, and Jason Reitman, and based on Bai’s “All the Truth is Out.” It is not exactly great cinema: the narrative is at times confusing, especially if you are not familiar with some of the players and historical events of that period (the vast majority of movie viewers). It is at times too literary as well, a problem that many movie adaptations from books have, however as a well-documented flashback at one of the most intriguing and paradoxical moments in recent American history, this film is of the highest interest.

Hart (Hugh Jackman) was an articulate politician with new ideas that mobilized young people, also interested in assuring peace he had even entertained the idea of inviting then-Soviet leader Mikhail Gorbachev to his inauguration. All seemed set for a smooth walk into the White House after the 1988 election. His team led by a savvy Bill Dixon (J.K. Simmons) had a well-organized campaign, leaving no room for any setback and focused on the economy, the environment, education, the three E that Hart emphasized. Except that there was no contingency plan for the senator’s unfortunate faux pas, the night when he invited Donna Rice (Sara Paxton) to his townhouse in Washington, journalists avid for juicy news to report found out about the affair and revealed it. As expected, Hart’s wife Lee (Vera Farmiga) was justifiably upset about this occurrence, and now the team had to focus on salvaging the candidacy. Hart’s first line of defence was to refuse to discuss the issue on the basis that it was his private life, irrelevant in a political context, he even responded by questioning the ethics of journalists for going after that type of issues more proper of a gossip tabloid. Dixon, however, would have a pertinent answer to that argument: once you are in the public eye, be it as a Hollywood star or a politician, you have no private life.

“The Front Runner” will be enjoyed by those interested in recent American history and politics.