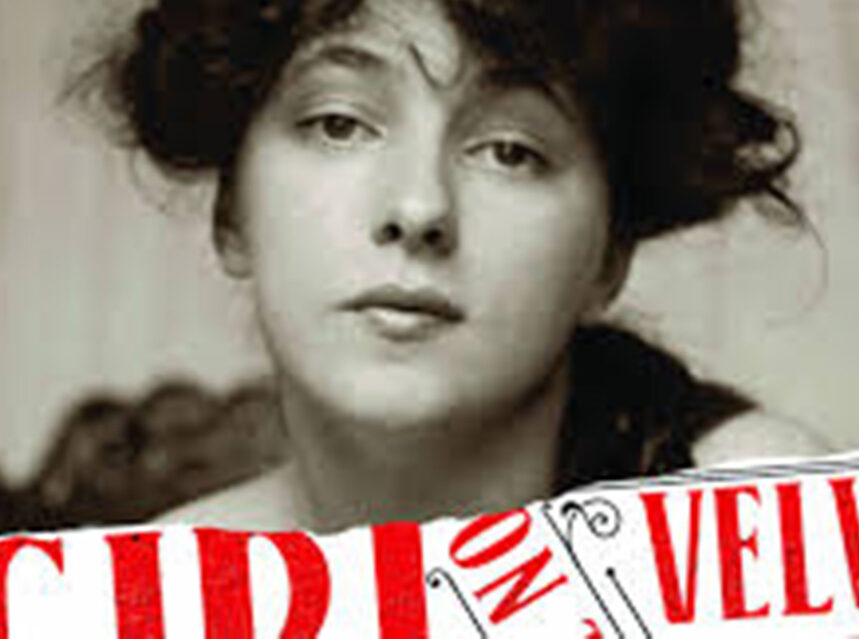 The Girl on the Velvet Swing – During the Gilded Age in America, circa the late 19th century to the early 20th century, things weren’t always so prim and proper. In fact, that age, which signalled a great deal of industrialization and geographical expansion, was also filled with plenty of corruption, exploitation, unrest, scandal and crime.

In fact, the latter two really came into play in 1906, when a so-called love triangle ended up being a tale of murder, forbidden sex and insanity. It took place in New York City, at a time when it had a reputation of being one of the great cities of the world. The dramatis personae were Stanford White, a prominent New York architect whose Renaissance and European-style designed buildings graced the landscape of New York City during that period and made him an instant celebrity; Harry K. Thaw, a spoiled rich kid from a wealthy Pittsburgh family who lived a playboy type of existence (which was highlighted every summer with a continent-wide trip to Europe); and the object of both White’s and Thaw’s affections: Evelyn Nesbit, a rather naïve 16-year-old waif who in 1901 was appearing in the chorus of the hit Broadway musical “Floradora”, and whose series of salon photographs that were taken while wearing a Japanese kimono were a rather early pin-up sensation.

Thaw married Nesbit in 1903. With a marriage that was rocked with Thaw’s bouts of heavy drinking and violent flashes of anger, Nesbit confessed to him that she had an affair with White (who was 30 years older than her) two years earlier and that he had gotten her intoxicated with alcohol and raped her while she was in that state of intoxication. Thaw, who was prone to violent, angry outbursts, angrily felt that White violated his wife’s honour, and he had to do something about it.

And on June 25, 1906, Thaw did that something to defend the honour of his violated wife. On the rooftop theatre of Madison Square Garden (which was designed by White), during the performance of a rather mediocre musical comedy called “Mamzelle Champagne”, Thaw approached Stanford White at his table, pulled out a revolver and shot him three times, killing him instantly. And within the immediate pandemonium that was caused as a result of the shooting, Thaw stood there at the scene of the crime and peacefully surrendered to the authorities, as he quietly handed over the pistol he used to gun down Stanford White in cold blood.

This violent crime of passion that involved this love triangle created headlines across the U.S., and the impending trials – which revealed a lot of lurid details, especially about White’s shocking private life thanks to Nesbit’s testimony – caused a scandal the likes that the newspaper-reading public has never seen before. And through all of that scandal, the main issue of the two trials was to prove if Harry K. Thaw was insane when he killed Stanford White, and if that would be proof enough to save him from the electric chair?

Author Simon Baatz recalls the story of the 20th century’s first “trial of the century” – with the same amount of lurid details – in his latest book The Girl on the Velvet Swing. By the way, the book’s title came from the label reporters who were covering the trial gave to Nesbit, which in turn was based on one of the activities she did as a guest at White’s apartment, which was to sit on his red velvet swing and swing high enough to break a strip of paper that was affixed close to the ceiling; it was also the title of a film about the crime, which was released in 1955 and starred Joan Collins.

The book is well-structured, as Baatz first tackles the individual background stories of White, Thaw and Nesbit, and the circumstances that brought them together on that fateful June evening on the Madison Square Garden roof. Next, with a great eye for detail, he recreates the actual murder as if you were just inches away from the crime scene (especially the graphic details of the impact the three shots had on White’s body). For the two trials in 1907 and 1908, Baatz uses the actual transcripts to deftly recreate the sensationalistic atmosphere that prevailed in the courtroom, especially when Nesbit revealed the scandalous details of her affair with White.

But perhaps the most interesting part of the book – which takes up most of the central part of the text – involves Thaw’s incarceration after he was found not guilty by reason of insanity. He was held at the Matteawan State Hospital for the Criminal Insane in Upstate New York for five years, at a time when insane asylums were rife with deplorable conditions, were subject to overcrowding and its patients/inmates were cruelly and brutally mistreated by the understaffed personnel. Thaw hoped to get a writ of habeas corpus, which in turn would have the warden sign a certificate of recovery that would expedite his release from Matteawan after only a few months inside. However, the warden repeatedly refused the request, which prompted Thaw to quietly escape from the institution in the summer of 1913.

Thaw managed to flee to Canada (in particular, a small Quebec town near the Maine border), where his extradition case made him a cause celebre. Basically, it was argued that there was a difference between escaping from an insane asylum than from a prison, and that he served his time and didn’t deserve to be sent back to the horrors of the Matteawan asylum. In fact, he practically became a local hero and overnight celebrity until he was officially released in 1915.

Both Thaw and Nesbit enjoyed brief flirtations with celebrity as a result of the Stanford White murder case. Thaw was tried for brutally assaulting a young man in 1917, and was sent to a more humane psychiatric institute for a lengthy period of time before he was released and moved to Miami Beach , where he lived comfortably until his death in 1947. Nesbit enjoyed a brief career in show business, first as a dancer on the vaudeville circuit, and then in silent pictures. After some unsuccessful business ventures and a battle with drug addiction that she conquered, Nesbit moved to live with her son and daughter-in-law in California, where she taught art classes, until she died in 1967.

Well-researched with a tabloid-style narrative that could satisfy any true crime buff, The Girl on the Velvet Swing is an absorbing book that gives a rather seedy side to the lace-laden era of progress and industrialization that was the Gilded Age. It’s a story filled with so much jealousy, lust, murder and sensationalism, it makes you believe that this particular period of American history was hardly “the age of innocence”.