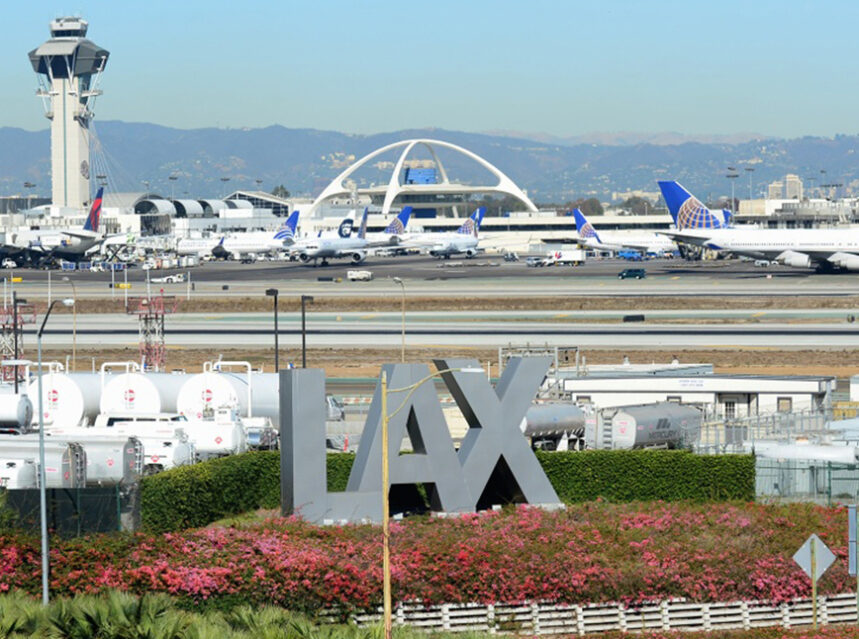 Many of us do not enjoy really long direct flights. I prefer to find a transfer point and do a layover, allowing for an opportunity to rest up before that next leg of your journey. One of my favourite layover cities is Los Angeles. On a recent trip to The Cook Islands, I had a 10-hour layover before my connecting flight. I arrived in the morning, and the conncector departed at midnight so I had time to explore “The City of Angels.” The layover gave me plenty of time to take in a few sites, sample some culinary delights and get back in time for my connecting flight. Here are five fab things you can do in L.A.

Start your tour from LAX and drive approximately one-hour north to Hollywood Boulevard and visit the world-famous TLC Chinese Theatre (originally known as Grauman’s Chinese Theatre). The theatre opened its doors in 1927 and it draws thousands of tourists and film buffs because the concrete blocks in the front entrance bear the signatures, footprints, and handprints of popular motion picture stars. Costumed street performers take advantage of the guaranteed audience, providing outlandish entertainment.

The walk of Fame stretches 15 blocks along Hollywood Boulevard (2.1 km-1.3 miles). Both sides of the street are embedded with more than 2,600 stars bearing the names of famous actors, musicians, directors, producers, musical and theatrical groups, fictional characters, and others that have made many achievements in the entertainment industry. People stroll along The Walk of Fame to spot their favourite celebrity’s star and take selfies.

The walk of Fame leads past the TLC Chinese Theatre and an over abundance of souvenir shops, from the chintzy to the very collectable film industry items like a replica OSCAR statue.

The Hollywood sign was originally created as an advertisement in 1923 for a local real estate development and now has become an American landmark. Located high up on the Hollywood Hills (Mount Lee) this sign can be seen from miles away perched near the top of Mount Lee with enormous lettering 14m high (or 45 feet tall) spelling Hollywood.

The sign looks wavy because it hugs the hill’s contours. Up close, the letters are nearly level. Streets like Hollywood and Highland, Mulholland Drive and the Griffith Observatory are great locations to view and photograph the Hollywood sign. Keep in mind, it’s illegal to come close/climb to the front of the sign. Closer viewing can be attained from the trails located behind the sign.

Located in Beverly Hills, Rodeo Drive is 3.2 km in length. The world-famous portion of Rodeo Drive with the glitz and sparkle of the exclusive high-end shops and boutiques is only a 3-block stretch north of Wilshire Boulevard. Every designer shop works at drawing people in with their immaculate window displays and even delicately emitting perfume scents into the walkway so that people follow their noses to the inside of the shop. The street is visually stunning, and makes you think everyone getting out of a very fancy car is a celebrity.

A fun thing to do on this street is to pop in to an elegant café, have a cappuccino and people watch. See if you can spot a celebrity.

Santa Monica Pier opened to the public in 1909 on Santa Monica Beach and stretches more than 1,600 feet over the Pacific Ocean. It is a true Southern California Icon.

The pier boasts a midway-like atmosphere with a state-of-the-art ferris wheel, coaster, merry go-round, thrill rides, an aquarium, many other amusement attractions, shops, eateries, and plenty of street artists. Fishing is a favourite of many in the area as they cast their lines from the deck of the pier into the sea. The pier is a great place to relax, enjoy the amazing oceanfront scenery and the California lifestyle.

Much to popular belief, it is easy to get around Los Angeles. Yes the Freeways are jammed packed at times but renting a car and driving is much easier than taking taxies, shuttles or other forms of transport if one wishes to explore fabulous sites.

Tips for an efficient Layover:

• Flying with partner airlines ensures that your baggage will be transferred to the next flight.

• Always carry your travel documents with you.

• Pre-book an automobile with a GPS device to save time.

• Return to the airport at a minimum of 2 hours before departure.

story and photos by Frank Greco

Frank Greco is a world traveller and television producer of The Travel Guy, Gourmet Escapes and The Mangia Cake Boys. Follow Frank on Twitter (www.twitter.com/iamthetravelguy) or become friends on Facebook (www.facebook.com/frank.greco.338).