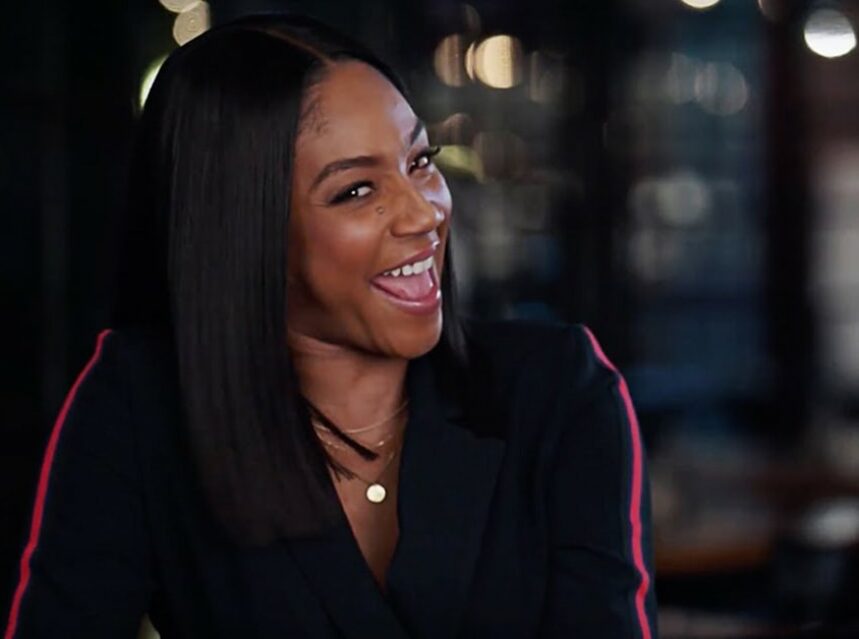 Tiffany Haddish – When he was about to present Tiffany Haddish with the Comedy Person of the Year Award last month at the annual Just For Laughs Awards Show, comedian Kevin Hart praised her for all that she has accomplished – and what she is about to accomplish – after her long, tough road to success as a comedian, which he believes has made a lot of her fellow women comics quite proud of her.

After her rough upbringing in one of the poorest neighborhoods of South Central L.A., Haddish believes that getting into the world of comedy – and associating herself with other comics like Hart and Jo Koy, whom she regarded like dear friends as well as peers – basically saved her life.

From there, Haddish has become one of the hottest comics around today, with appearances on “The Carmichael Show”, “Def Comedy Jam”, “Girls Trip” and her own comedy special entitled “She Ready”. To find out how she travelled that difficult road to such comedy stardom, it’s all explained in unabashed detail in her best selling memoir The Last Black Unicorn.

When you read the book, you get the feeling that Haddish’s upbringing was Dickensian in nature at the very least. Her father abandoned his family when she was young; her mother survived a horrendous car accident that left her with severe brain damage; she spent time in a foster care facility when her grandmother wasn’t able to look after Haddish and her siblings; and she went through a series of relationships that were dysfunctional at best.

However, through a great deal of resilience and street smarts, Haddish managed to survive such harsh circumstances throughout her life. She made good money as a dancing animator for a DJ who performed at weddings and bar mitzvahs (her almost contact-like dance with an elderly relative at one bar mitzvah led to his death by a heart attack; instead of getting fired, the DJ kept her on staff and gave her a raise because, he reasoned, “was probably the first time he ever danced with a black girl in his life. It was the happiest moment of his life”), she worked at an airline ticket counter at LAX, and all the while, honed her skills as a stand-up comic.

But what makes this book such an enjoyable read (and at times will make you laugh out so loud, you will have to put the book down for a few minutes to catch your breath) is Haddish’s tendency to liberally pepper the text with word-for-word dialogue that fleshes out the incidents and stories that make up her life, which could be the premise for a future solo show, or a movie by Spike Lee or Tyler Perry (or a semi-autobiographical biopic in the ame vein as Richard Pryor’s “Jo Jo Dancer, You’re Life is Calling”). The dialogues are quite pointed and explicit (many of which cannot be reprinted for quoting purposes), but gives an honest portrayal of the anger and fighting spirited that makes up the character of Tiffany Haddish. For example, when she was in foster care, she was the constant target of bullies, but decided to use humour to keep them at bay. Here is one quotable example:

“Bully Girl: You funny-looking, do anybody ever do your hair?

Tiffany: No, I got Raggedy Ann hair. This hair, you can’t comb it. It breaks combs.”

Haddish had to admit that although those bullies found her quite funny, she still got beaten up by them.

The Last Black Unicorn is a brutally-honest, in-your-face memoir of a comedian who started with nothing but hardship, and through a strong will and a never forgiving sense of humour, made Tiffany Haddish not only a comedy superstar, but a true survivor. Unlike the unicorn that is suggested in the title, Tiffany Haddish is not an object of fantasy, but an individual who is the real deal. And after what she has been through so far, Haddish has become quite gracious and full of reflection, which is displayed at the end of the book, in which she writes:

“I believe my purpose is to bring joy to the people, to make them laugh, and to share my story to help them. To show people that no matter what, they matter, and they can succeed. No matter how bad things go, no matter how dark your life is, there is a reason for it. You can find beauty in it, and you can get better. I know, because I’ve done it.

That’s why my comedy so often comes from my pain. N my life, and I hope in yours, I want us to grow roses out of the poop.”