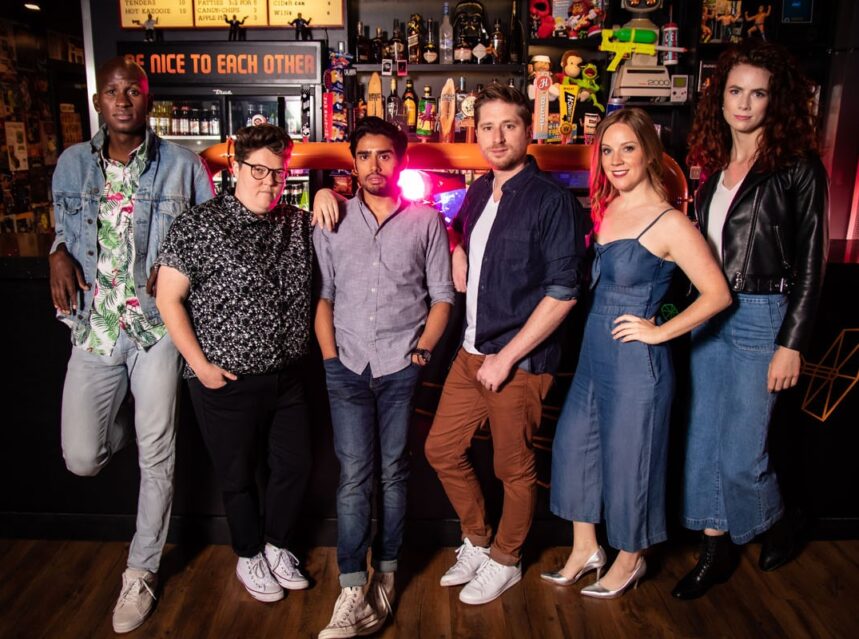 TORONTO, ON, Oct. 14, 2021 – The Second City Toronto has just announced that the legendary comedy company has found a temporary home at 2800 Danforth Avenue (halfway between Victoria Park and Main St.). In a partnership with Comedy Bar, this interim residency will allow for Second City Training Centre classes to resume in six newly-built studios, and the stage will welcome two new shows, The Second City Mainstage ensemble in Welcome Back to the Future and The Fast and the Furiously Festive! featuring The Second City Touring Company.

The Danforth facility is part of a Comedy Bar expansion and will serve as a second outpost for the home of independently produced stand-up, improv, and sketch comedy shows. Second City’s move comes after construction on the theatre’s expansive new permanent location at One York Street was delayed by the pandemic. Second City has been without a Toronto address since November of 2020.

“The Second City has called Toronto home for almost fifty years, and we are so glad to be able to bring back laughter, education, and live comedy to our dedicated students and fans. The closing of our facility on Blue Jays Way came several months into the pandemic, and unfortunately, our plans at One York Street were delayed. We are grateful to our friends at Comedy Bar for this opportunity to partner. It’s a testament to the Toronto comedy community’s solidarity and resilience,” said Parisa Jalili, COO of The Second City.

“It’s beyond exciting to get Second City talent back to doing what they do best. Our pivot to online programming has allowed us to reach amazing new audiences and stretch ourselves creatively, but we’re thrilled to be able to add back in-person offerings and create the cathartic connection that comes from that experience,” said Carly Heffernan, Creative Director of The Second City Toronto.

The Second City takes the health and safety of its patrons, talent, students, and staff very seriously. In addition to strict sanitization standards, capacity limits, and increased space between theatre seating, proof of vaccination is required for anyone 12 years old and up entering the building. Masks are required indoors at all times except when eating or drinking.