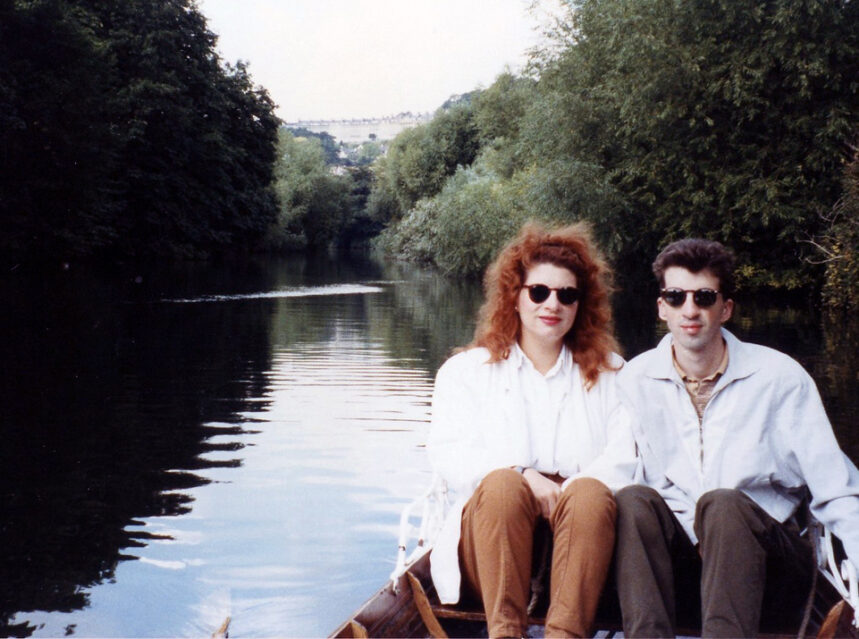 Marthology: In and Outtakes will Include 30th Anniversary Recording of JUNO-winning single, “Echo Beach” – out November 5th

TORONTO — October 7, 2021 — Yes, you heard that right. First we had a release of covers from Men Without Hats, then today Soft Cell just announced an imminent album release, and we all know Duran Duran is still rockin’ out almost nightly, but Canadian new wave lovers will be thrilled to hear that punk-popsters Martha and the Muffins just announced they are dropping their first album in 11 years. Described as “one of the most innovative of their era,” iconic Canadian artists Martha and the Muffins have announced the release of their new album, Marthology: In and Outtakes — available November 5th!

Groundbreaking from the start, Martha and the Muffins formed during the early days of Toronto’s punk / new wave / art pop scene in 1977. They were the first Canadian band to sign to a UK label, recording their debut, Metro Music, at England’s The Manor Studio, and would go on to tour and receive more than three decades worth of critical acclaim worldwide.

Since then, the band has released seven studio albums, three of which they co-produced with Daniel Lanois (U2/Peter Gabriel). The songs they worked on together included the groundbreaking singles “Women Around The World At Work”, “Danseparc”, “Black Stations White Stations”, “Come Out And Dance” and “Cooling The Medium”. Martha Johnson and Mark Gane, founding members of Martha and the Muffins, have gone into their extensive archives to select 12 rare singles, B-sides and unreleased tracks for ‘Marthology: In And Outtakes’.

‘Marthology: In And Outtakes’ spans 35 years of recordings including previously limited releases of “Summer Of Song,” “Big Day,” and “Do You Ever Wonder,” as well as the 30th anniversary version of JUNO-winning single, “Echo Beach,” as well as never heard before songs and alternative versions of album cuts.

For the band’s global audience as well as the uninitiated, ‘Marthology: In And Outtakes’, offers a behind the scenes glimpse of the original and diverse avenues of Martha and Mark’s songwriting which has defined Martha and the Muffins as a groundbreaking band since it’s formation.

There has been no tour announcement, but with the likes of The Box, Spoons and Men Without Hats all playing recent shows, perhaps an all Canadian Retro 80s mega-concert tour is in order.

Let’s not get ahead of ourselves. For now look for Marthology: In and Outtakes coming out on November 5th, 2021.

Marthology: In and Outtakes Track Listing

“On A Silent Summer Evening”
“Summer Of Song”
“Do You Ever Wonder?”
“Act Like A Woman”
“Don’t Monkey With My Love”
“Talking Through My Hat”
“Big Day”
“There Comes A Day”
“Fighting The Monster (Alt. Version)”
“Resurrection”
“Delicate”
“Echo Beach (30th Anniversary Version)”