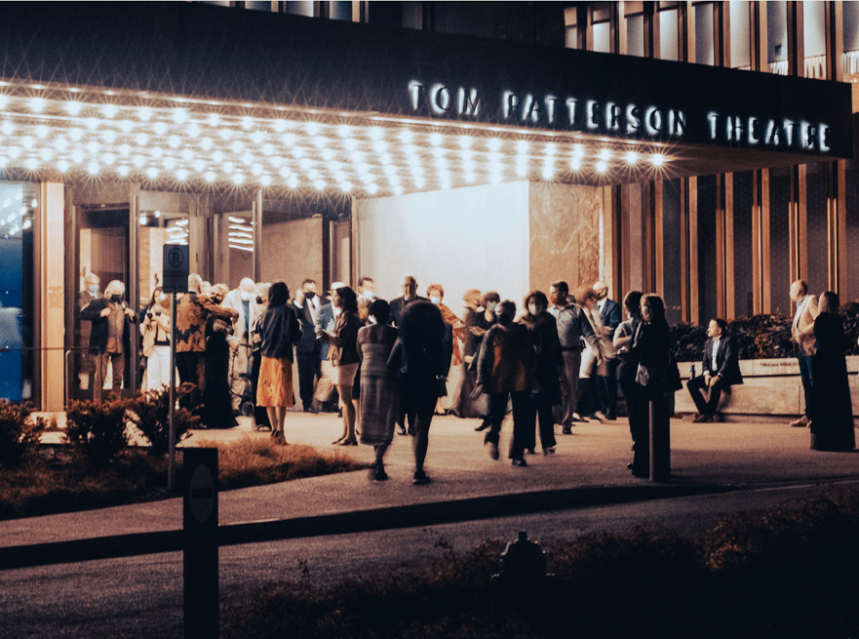 STRATFORD, ON, June 6, 2022 – After a pandemic hiatus, the Stratford Festival officially celebrated the complete opening of its 70th season this past week with the premieres of Hamlet, Chicago and Richard III.

Richard III becomes the first show to welcome guests and the community into the brand new $72-million Tom Patterson Theatre. Saturday evening’s opening was highlighted with a drone light show that silently lit up the night sky above the theatre and the Avon River.

More than 4,000 fans, critics and members of the local and creative communities converged on both the Festival and Tom Patterson theatres from June 2 through 4 to mark an emotional and triumphant return to live indoor theatre in the Festival City. Both theatres were filled to capacity – the grounds and lobbies were buzzing with activity night after night.

The Stratford Festival has welcomed almost 29 million people throughout its seven decade run, including multiple visits from Queen Elizabeth II, whose own 70th this year was also celebrated this past weekend.