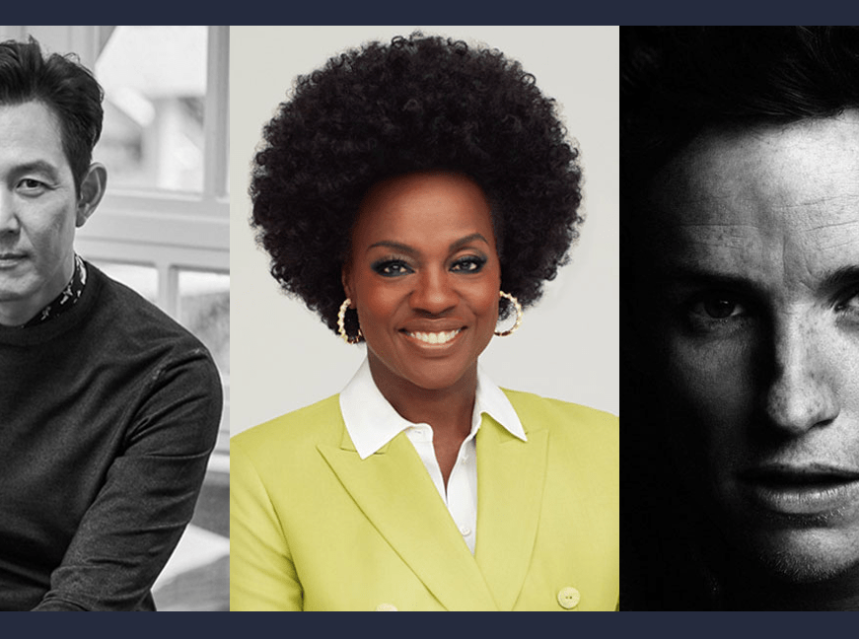 TORONTO, August 23, 2022 —TIFF has just announced the audience-pleasing In Conversation With… series. The In Conversation With… series features in-depth conversations with film artists, writers and cultural figures about their creative process. Packed with emotion and cultural significance, this series offers audiences a wide range of experiences. Additionally, TIFF is proud to announce that beginning August 25, TIFF Under-25 Members and TIFF Under-25 Free Pass holders may take advantage of the Under-25 Festival Rush Pass and purchase tickets in advance.

“Each year TIFF’s In Conversation With… section comes to life with unexpected surprises and moments,” said Anita Lee, Chief Programming Officer, TIFF. “Audiences who attend these events are always left with a truly unforgettable memory.”

This year’s In Conversation With… series connects audiences and film lovers around the world with some of the most talented artists working in film and television. The 2022 lineup includes award-winning actors and creators who have helped shape the discourse in the entertainment industry and who are presenting their highly-anticipated new films at the Festival.

Academy Award–winning writer-director Damien Chazelle continually pushes the boundaries of storytelling. His feature films as director have earned a staggering 23 Oscar nominations and 10 wins. His electrifying Whiplash (TIFF ’14) took audiences and critics alike by storm, and his next, La La Land (TIFF ’16 People’s Choice Award winner), was a playful and heartfelt ode to creativity set against the backdrop of contemporary Los Angeles. First Man (a TIFF ’18 Gala Presentation) took audiences on an exhilarating ride into the space age and explored the personal story behind Neil Armstrong’s famous walk on the face of the moon. His highly-anticipated upcoming film Babylon, set in 1920s LA, features an ensemble cast led by Brad Pitt and Margot Robbie. Chazelle joins TIFF CEO Cameron Bailey to discuss his artistic drive and approach to storytelling.

The Woman King marks a new high point in both Viola Davis and Gina Prince-Bythewood’s remarkable careers. While Davis wowed fans in her role as whip-smart and charismatic defence lawyer Annalise Keating in the hit TV series How to Get Away With Murder (2014–2020), the Oscar, Emmy, and Tony Award winner has also built an impressive resume leading ensemble films such as Fences (2016), Widows (TIFF ’18), and, most recently, Ma Rainey’s Black Bottom (2020). Prince-Bythewood shot onto the film scene with her beloved feature directorial debut, Love & Basketball (2000), for which she also wrote the screenplay. Since her debut, she has proven her storytelling, writing, and directing prowess again and again, focusing on stories about Black women in particular with such influential films as The Secret Life of Bees (2008), Beyond the Lights (TIFF ’14), and the wildly inventive blockbuster action thriller The Old Guard (2020). As we host the World Premiere of The Woman King at this year’s Festival, Davis and Prince-Bythewood join us for an in-depth conversation about the journey of making this stunning, paradigm-shifting film, their creative collaboration, and their respective artistic paths in Hollywood.

To say that Korean storytellers are having a moment would be a gross understatement. After more than two decades producing some of the most exciting and inventive films and television series of our time, Korean filmmakers, creators, and actors are finally receiving due recognition beyond their home country, with the recent awards-season successes of Parasite (TIFF ’19), Minari (TIFF ’20), and Squid Game. This year, the Festival proudly presents the latest films from two Korean superstars: Jung Woo-sung’s A Man of Reason, and Lee Jung-jae’s Hunt, which stars both Lee and Jung. Since their collaboration on City of the Rising Sun (1999), both have been key players in Korean cinema and TV and have been instrumental in its international success, with Lee starring in such mega-hits as The Thieves (2012), Assassination (2015), and Squid Game (2021); and Jung leading the casts of blockbuster films such as the Festival hit The Good, the Bad, the Weird (2008), Cold Eyes (2013), and Steel Rain (2017). The two friends join us for an in-depth conversation about their respective careers, the unparalleled success of Korean filmmakers at home and abroad, and the process of stepping behind the camera as directors. Don’t miss this chance to hear from these two megastars in a rare joint public appearance in North America.

Eddie Redmayne is a master at connecting audiences with the emotional truth of his characters. Like many great performers, the theatre was his training ground. He won Tony and Olivier awards for his role as Mark Rothko’s assistant opposite Alfred Molina in Red (first produced in 2009 and directed by Michael Grandage, also at the Festival this year with My Policeman). Just this year he earned an Olivier award as the Emcee in the electrifying West End revival of Cabaret. On screen, Redmayne brought vulnerability to early and memorable roles in The Good Shepherd (2006) and as Marius Pontmercy in Les Miserables (2012). It was in The Theory of Everything (TIFF 2014) where he delivered his bravura performance as famed scientist Stephen Hawking. The role earned him an Academy Award for Best Actor and demonstrated his commitment to physically and emotionally inhabiting a character’s world. Redmayne was also a key member of the outstanding ensemble in The Trial of the Chicago 7 (2020). In his latest Festival feature, TIFF ’22 Special Presentation The Good Nurse, Redmayne steps into the shoes of Charles Cullen, a former RN who is regarded as one of the most prolific serial killers in history. This special event will consider how Redmayne, within each of these roles, mines the vast depths of a character to uncover and reveal that which drives them.

TIFF 2022, TIFF in converstation with