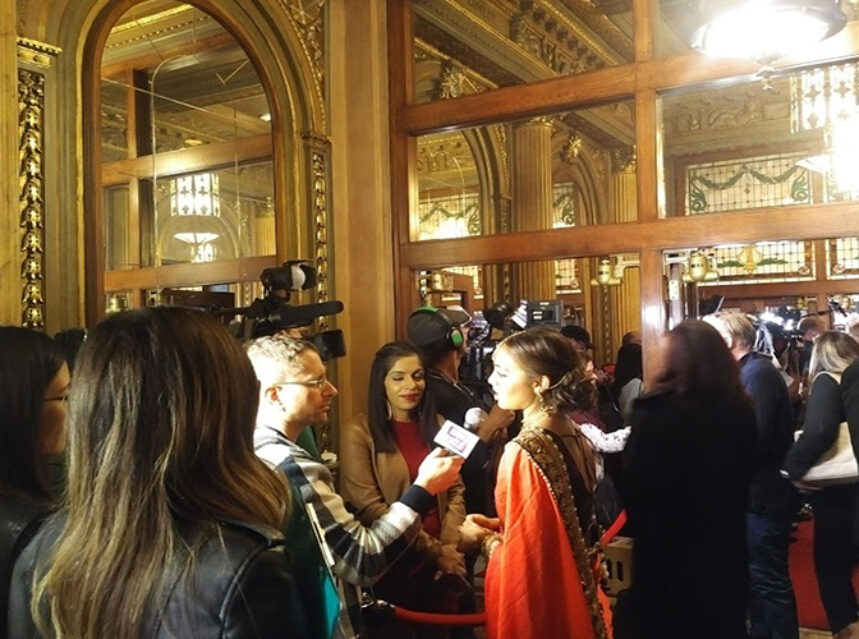 TIFF 2017- Like most things, the Toronto International Film Festival (TIFF) started small, back in 1976 when it was founded under the name of Toronto Festival of Festivals. (The founder, William Marshall died this year, his memory was honoured with a short tribute at the beginning of each screening). For the proud organizers of TIFF what this event has become is remarkable: today it is regarded as the most prestigious film festival in the world after the Cannes Festival. Certainly not a small achievement for TIFF.

The Toronto event, however, is not a competitive one, although some awards are given in some categories. The main characteristic of TIFF is its role as a platform for movies, directors, and players that aspire to win an Oscar. This means that it also highlights Hollywood movies, this despite the fact that one can also see and enjoy an increasingly diverse selection of international and Canadian—especially Quebec—productions. The festival’s association with Hollywood films is one of the criticisms that one hears very often. To a great extent, a justified complaint, although one would have to do a more in-depth analysis to conclude whether this was intended or it was simply the outcome of an undeniable phenomenon of American cultural dominance reinforced by globalization.

“Suburbicon” (George Clooney, USA) was one of the movies screened during the first days of the festival. It takes a satirical look at the American Way of Life aiming at the heart of one of the icons of the American lifestyle: suburbia; moreover, in the period when this lifestyle seemed to evoke a kind of transcendental ideal for middle-class Americans, the 1950s. The scenes at the beginning are especially creative as an introduction: merging animated images in the visual style of the pamphlets designed by developers with the actual pictures of an all-white community where suddenly, a black family has moved in. The presence of the black family, however, would only provide the setting for the main plot in which Gardner Lodge (Matt Damon) has paid some guys to stage an assault at his home during which his wife (Julianne Moore) who has been partially paralyzed due to an accident, is killed. Gardner is in love with his sister-in-law Margaret (also played by Moore), and their plan should now go ahead without hurdles. There is one problem though: they must get the insurance money before they leave for Aruba, and that would encounter unexpected obstacles.

This is a movie where the elements of prejudice against the black family and the hypocrisy of the neighbours are highlighted, although at times there is no consistency of whether the narrative follows a realistic or a rather absurdist development.

During the press conference, Clooney referred to the “bigotry of the north, and how important it was to convey this in the film.” Writer Ethan Coen also pointed out to the characteristics of the suburbs in those days: “We were the only Jewish family in the area where we lived back then” he said.

“Brad’s Status” (Mike White, USA) is set in an entirely different time and social environment but with a similar satirical or ironic look at American society. Brad, brilliantly played by Ben Stiller is obsessed with comparing himself and his achievements—or lack of—with what his former university schoolmates have done. While the others have achieved fame, money, beautiful women, he is still running a non-profit organization, although now his son is soon to be admitted to Harvard, which would certainly improve Brad’s status. However, a last minute setback might ruin his and his son’s goal, and to prevent that he has to resort to one of those guys Brad keeps

comparing with, a conference speaker, TV personality and university lecturer played by Michael Sheen. Brad and his son have travelled together to Boston for the school interview, but their staying there and their connections to other young people would have also played a transformative role in Brad and his pursuit of status. Which is, of course, a very American aspiration.

“The Death of Stalin” (Armando Iannucci, UK) takes an ironic and satirical look at what was then the other side of the Cold War: the Soviet Union during the days of Stalin’s death in 1953. Iannucci makes a hilarious comedy reconstructing in his own chaotic way the desperate power struggle that followed the unexpected—albeit secretly desired—disappearance of the leader. Even though this is just a fictional account, one may well say that it is very likely that many things then happened in that tragicomic way.

“The Insult” (Ziad Doueiri, Lebanon) shows how a relatively small incident between a Christian Lebanese and a Palestinian refugee escalates to the point of generating a convulsion that to many brings painful memories of the civil war and the Israeli invasion. The film is full of emotions and serves as an illustration on how a small dispute can acquire disastrous consequences for all those involved. In a way a metaphorical look at war itself.

“Longing” (Savi Gabizon, Israel) plays with drama but also with an element of humour in the resolution of the conflict. When Ariel (Shai Avivi), a successful unmarried businessman meets his former girlfriend whom he hadn’t seen in twenty years, he is for more than one surprising revelation: Ronit had had a child with Ariel, this child, however, had recently died in a car accident. Ariel now intrigued by all this unexpected situation re-traces some of the aspects of the life of the son he never knew, and what he found is contradictory. On the one hand, his son was an admired pianist, but he also had a dark side and a more complex situation that had led to his expulsion from the school just a few days before his tragic death. This is a well-articulated exploration into human motivations and the idea that people are neither entirely good or bad.

“Mother!” (Darren Aronofsky, USA) is one of those movies difficult to categorize in a particular genre, although presented as a psychological thriller, it also has a surrealistic undertone which is especially remarked in the final scene. To some, the interest of this film may lie more on the questions that it leaves unanswered or subjected to the viewers’s interpretation, than on the chaotic events that are unleashed during the scenes in which the home is invaded. Some of those questions lead us to the title itself: Who is that mother? The wife of the poet, or the poet’s own mother? And what is the link between the two, if any?

When the young wife (Jennifer Lawrence) of a celebrated author (Javier Bardem) gets pregnant, she also wants to make the big house where they live, a more pleasant place. That’s why she has been taking the job of painting it. Above all, she wants to be alone with her husband in that special time. Her expectations are suddenly disrupted when an unexpected visitor (Ed Harris) shows up, then followed by his wife (Michelle Pfeiffer) and then their sons. The home invasion would take gigantic proportions, to the dismay of the woman, but the apparent acquiescence of her husband who partakes of the whole process. Amid all the chaotic situation the wife gives birth and then it is the baby who would now get the attention of the visitors. All of that until the time when we are confronted again with the original question of who the mother of the story is and what to make of the whole strange episode. Is this a home invasion that leads us to think of it as an allegory, a trick of the unconscious, a transference from imagination to real characters in the story, a premonition? Well, film fans in Montreal should wait a few weeks until the movie is released here and answer these questions. The film conveys a sense of fright and anxiety on the part of the wife, and the mob invasion is simply a hallucinating sequence, the acting by Lawrence especially is impressive.