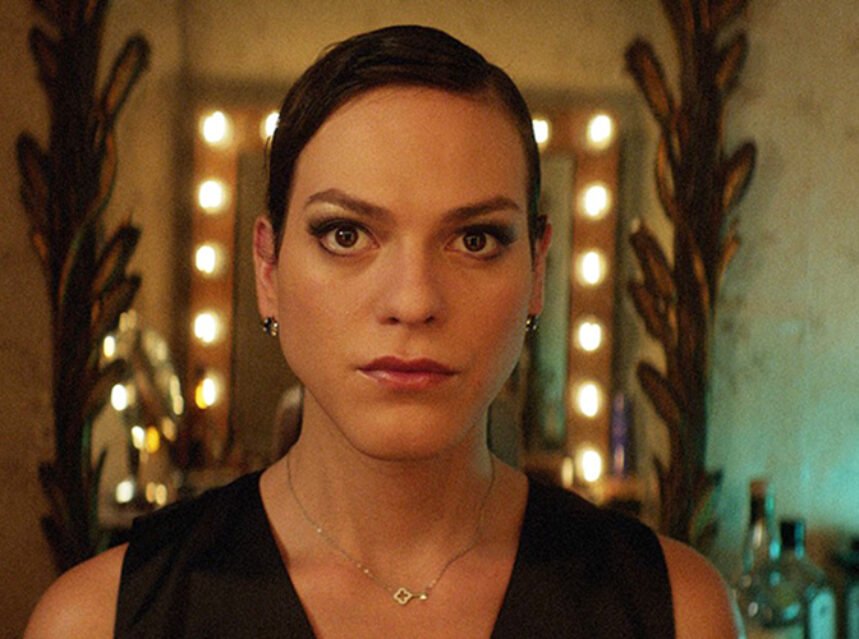 TIFF – The 42nd edition of the Toronto International Film Festival (TIFF) ended this past Sunday with the announcement of the awards and a sense of mission accomplished. Many of the films that will be vying for Oscars premiered at the festival, but films from outside Hollywood also had a chance to be screened and as a result, be bought and distributed worldwide.

TIFF is very much an occasion to showcase big American productions, but little by little it is becoming an important platform for international productions as well. This year TIFF announced a reduction in the number of movies to be screened, still at 339 movies shown during the eleven days of the event (with some shows starting at eight in the morning) the number of movies to be seen was quite overwhelming for spectators and critics alike.

The other big TIFF announcement was the retirement of the long-time director and CEO Piers Hardling, under whose mandate the event reached a worldwide fame.

Toronto, of course, has a reputation as a place where things run very smoothly. The result is efficiency, and predictability (some would argue that such Swiss-style management leads to boredom too, but let’s focus on the positive aspect for this time). The Toronto Film Festival is not an exception to this perception of a city where buses, streetcars and the subway—unlike what happens in our beloved but disorganized Montreal—run on time, and streets look reasonably clean. (I have one main complaint though: how is it that in a year since the last Festival, Union Station—the main rail terminal—is still being renovated with no signs of any progress in the construction and creating big inconveniences to users?)

Undoubtedly, one of TIFF big assets is a large number of volunteers. It is them, who as foot soldiers on the field, are there to organize the hundreds of people (general public, industry, and journalists) lining up to get into the 12 cinemas at the Scotia Bank Theatre, or at the cinemas of Lightbox, the festival home venue on King Street. Even the watching of celebrities as they arrive for press conferences or screenings is well-organized with the help of volunteers. The recognition given to the TIFF volunteers at the beginning of each show was certainly deserved.

The Award for Best Canadian Feature Film went to Robin Aubert’s “Les Affamés” a Quebec-made movie. The jury remarked: “This year the Canada Goose Award for Best Canadian Feature Film goes to a hybrid art-house film that proved to be something of a revelation.” This movie is a kind of comedy with some horror elements (zombies are involved too). The jury also gave an honourable mention to another Quebec film, Simon Lavoie’s “The Little Girl Who Was Too Fond of Matches” (“La petite fille qui aimait trop les allumettes”).

The prize for the Platform category, given by an international jury comprised of award-winning filmmakers Chen Kaige, Małgorzata Szumowska, and Wim Wenders unanimously awarded the Toronto Platform Prize, presented by Air France, to Warwick Thornton’s “Sweet Country.” In its decision, the Jury wrote: “This is a spiritual epic taking place in 1929 in Australia’s Northern Territory.”

The NETPAC Award for World or International Asian Film Premiere went to Huang Hsin-Yao’s “The Great Buddha” a Taiwanese film. Jury members included Rashmi Doraiswamy (India), Jian Hao (China), and Savine Wong (Canada). The jury remarked that the movie depicted “the interface between the haves and have-nots, with black humour and style, innovating with noir in representing the social reality of Taiwan today.”

Finally, the Grolsch’s People’s Choice Award, i.e., the public’s favourite, went to Martin McDonagh for “Three Billboards Outside Ebbing, Missouri.” The second most popular film was Craig Gillespie’s “I, Tonya” and the third one was Luca Guadagnino’s “Call Me by Your Name.”

SOME OF THE BEST

“Professor Marston and the Wonder Women” (Angela Robinson, USA). If Wonder Woman has been one of the hits of this summer, this movie tells the story of her creator, indeed an unlikely comic strip author. William Marston (Luke Evans) and his wife Elizabeth (Rebecca Hall) were renowned academics working on a psychological theory and credited with the invention of the lie detector. When the bright but somehow naïve student Olive Byrne (Bella Heathcote) joins them in a controversial type of research, they soon are put out of the academic world. The unconventional lifestyle that the threesome would adopt puts them in conflict with the social mores of the time but eventually would inspire Marston to create the successful female superhero. “Professor Marston and the Wonder Women” should be released in a few weeks.

“The Motive” (Manuel Martin Cuenca, Spain). One of the films distinguished by FIPRESCI, “The Motive” is a comedy with some elements of drama as well. After breaking up with his wife and best-selling author Amanda (Maria Leon), whom he caught cheating on him, Álvaro (Javier Gutiérrez), decides he will write a novel, a “real one” as opposed to the popular genre that has made his wife famous. To achieve his purpose, he would look for material in the lives of his neighbours in the building where he is now living. His efforts would create some bigger problems for him since he would have now entered into the lives of other people in a more significant way that he would have wished.

“Stronger” (David Gordon Green, USA). This movie is based on the real story of Jeff Bauman, recounting the story of his adaptation to his new life after the bombs placed by terrorists during the Boston Marathon in 2013 severed his two legs. Bauman, played by Jake Gyllenhaal, also has to deal with a complicated relationship with his girlfriend, Erin Hurley (Tatiana Maslany) who was one of the runners at that marathon. The movie is being released this weekend in Montreal. “Stronger” presents a realistic portrayal of a working-class family suddenly affected by a tragedy and how, despite the difficulties, Jeff, his mother (Miranda Richardson) and his immediate circle of friends were able to cope with it. Warning, the movie contains some disturbing scenes (mutilated body).

“A Fantastic Woman” (Sebastian Lelio, Chile-Spain). The topic of a relationship between Marina (Daniela Vega), a transgender woman, and Orlando (Francisco Reyes), a fifty-seven-year-old businessman tackles a complex issue in a country where sexual prejudices are still high. The film treats the subject with frankness and sensitivity. “A Fantastic Woman” will be released in Montreal early next year.

“Public Schooled” (Kyle Rideout, Canada). This comedy was in my view one of the best Canadian films at TIFF. It shows the story of a teenager who had been home-schooled by his mother all his life. When he must write the secondary exit test, he manages to take a glimpse of a beautiful girl and then he decides to fail the test, so he now has to enrol in the school to complete his secondary education. While he hopes to gain the girl’s heart, he would also have to deal with the difficulties of adapting to high-school life, especially when some of the fellow students won’t have much sympathy for him.

Among the many other films that premiered at TIFF “Darkest Hour” (Joe Wright, UK), featuring Gary Oldman in the role of Winston Churchill and “The Shape of Water,” a different kind of monster film (Guillermo del Toro, USA) will be released in Montreal shortly. We will review them at that time.

Feature image: Daniela Vega stars in “A Fantastic Woman” a film to be released next year in Montreal