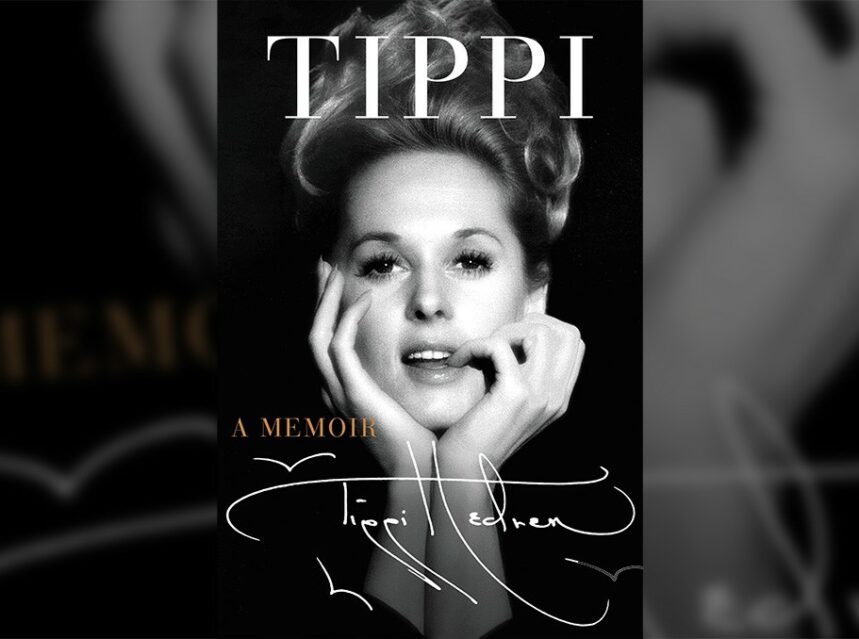 After reading actress Tippi Hedren’s recently-released memoir, you can’t help but get the impression that her life and movie career centred around animals. 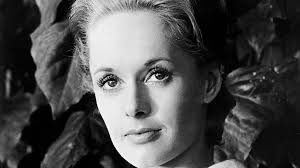 First of all, her first two starring movie roles dealt with animals … Alfred Hitchcock’s “The Birds” (for obvious reasons) and “Marnie” (in which the title character played by Hedren ends up shooting the horse she has ridden since she was a child). Then she became an animal rights activist, protecting and raising abandoned lion and tiger cubs. And as a result of one of her later movies, established the Roar Foundation to further the cause of protecting abandoned wild animals, and converted her Soledad Canyon, California home into an animal preserve that’s called “Shambala”.

If you were expecting a behind-the-scenes account of how Hedren dealt with the dark genius of Alfred Hitchcock when she was shooting “The Birds” and “Marnie” as the famed director’s newest screen protégé, you will certainly not be disappointed. Hitchcock discovered Hedren in 1961, while she was a successful model, when he saw her in a TV commercial for a milk-based meal replacement product called Sego. 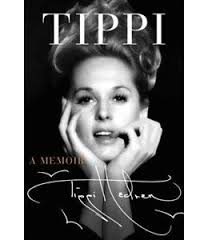 As soon she was signed to a contract with the famed director, Hedre began to get the star treatment from him, getting acting lessons from him and his wife Alma Reville, as well as voice lessons and wardrobe sessions with Oscar-winning costume designer Edith Head.

However, when shooting began on “The Birds”, Hedren became the living example of Hitchcock’s famous maxim that “actors should be treated like cattle.” Somehow, no matter what kind of abuse he heaped upon her (such as not using shatterproof glass in the phone booth scene), Hedren kept her head up, determined to finish the picture. And when the infamous bedroom scene at the end of the picture (when her character Melanie Daniels is attacked to a catatonic state in an empty bedroom by a huge flock of birds), Hedren still kept her head up despite the five days of live bird abuse that was heaped upon her by Hitchcock.

As Hedren writes: “’Action!’ again, and I was pelted with still more live, screaming, frantic birds, while the birds that were tied to me began pecking me as they’d been trained to do. I was too focused on my own survival to notice, but I was told later that it was even more horrifying and heartbreaking for the crew to watch than the previous four days had been, and there wasn’t a thing anyone but Hitchcock could do to put a stop to it.”

Things went from bad to worse between her and Hitchcock by the time they started working on “Marnie”. By that time, he insisted that Hedren spend time with him off the set. And when she refused his sexual advances, she became persona non grata in his eyes. Not only did Hitchcock refuse to speak directly to Hedren during the remainder of the shoot, but because she was still under contract to him for the next two years, he was determined to ruin her screen career. This went as far as turning down other film roles that were offered to her (adamantly insisting that she was unavailable to accept the roles in question), and not even putting her name in consideration for a Best Actress Oscar nomination for her work on “Marnie”.

This quasi exile from Hollywood thanks to Alfred Hitchcock opened the door to another aspect of her life: that of a humanitarian and animals rights activist, which takes up the remaining three-quarters of the book’s text. This is thanks to her involvement with Food for the Hungry, which sparked her interest in preventing world hunger, as well as aiding in the plight of the Vietnamese boat people who were fleeing Vietnam following the war that devastated their home country; and during an on-location shoot in South Africa for a movie called “Satan’s Harvest” in 1969 where her interest in lions and preserving lions and other large cats from abuse began.

Her account of how she and her then-husband Noel Marshall worked on a Disney-type family movie called “Roar” – in which a family living in Africa has their home bombarded by a never ending stream of wild animals (especially lions) – became a near decade-long obsession and ordeal, makes for fascinating reading. This is due mainly to what Hedren and Marshall went through to get this picture made, which included a devastating flood to their Soledad Canyon home that served as the main location for the shoot, countless severe injuries to the cast and crew that were caused by the volatile-tempered lions (including what happened to director Jan de Bont, who practically had his scalp torn off by a lion while shooting a scene), and the constant battle to get funding for the picture (after a deal with author William Peter Blatty, in which she and Marshall as producers of the film version of his best selling novel “The Exorcist” were promised a percentage of the profits after it became a major box office hit, but fell through when Blatty initialed, but did not sign the actual contract). And after nearly a decade of production and so many obstacles, “Roar” was released in 1981, but only received mixed reviews and was a box office flop.

However, Tippi: A Memoir is a vivid testament to a person who is a true Hollywood survivor. Tippi Hedren, throughout so much mistreatment at the hands of Alfred Hitchcock, serious health problems (which included an accident that cost Hedren her sense of taste and smell), three broken marriages and the ordeal of shooting “Roar”, Hedren proved she has risen above all of that to become a loving mother and grandmother (her daughter and granddaughter – respectively – Melanie Griffith and Dakota Johnson have become successful actresses in their own right), a busy actress, a film legend and a person who finds peace and contentment within the confines of her animal preserve and the big cats and other wild animals that inhabit it.

As Hedren states towards the end of her book: “I never set out to be famous, or a model, or an actress, or an animal rights activist, or a humanitarian. I just went where my heart led me, once I decided that being afraid was something I wasn’t going to do anymore, and it led me on an extraordinary journey.”