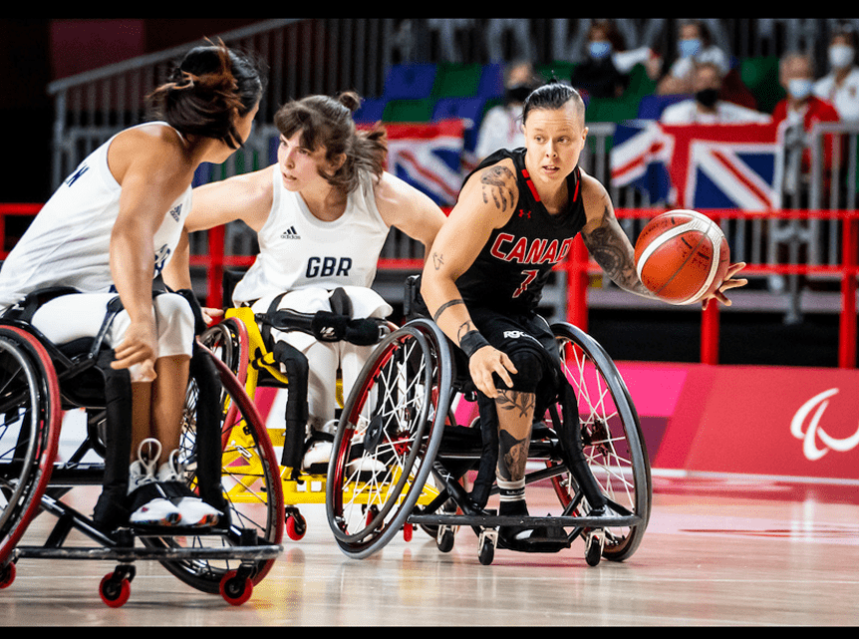 TOKYO, Aug. 30, 2021 – The Tokyo 2020 Canadian Paralympic Team is gearing up for an exciting Day 7, with the quarterfinals in women’s wheelchair basketball, the start of Para road cycling, and more races in Para swimming and Para athletics. Below is the line-up for Canada on Tuesday August 31 in Tokyo.

Canada’s women’s wheelchair basketball team is set for a huge quarterfinal against their rivals, the United States, set for 12:30 p.m. JST / 11:30 p.m. ET (Monday night). The last time these two countries matched up, Canada defeated USA to take the gold medal at the Lima 2019 Parapan Am Games, in what was a thrilling 67-64 finish. In Tokyo, Canada posted a 3-1 record in the group stage, while the Americans were 2-2. USA is the defending Paralympic champion (having won gold at three of the past four Games) while Canada is aiming to make it back to the podium for the first time since 2004.

Marissa Papaconstantinou (Toronto, ON) is set for her first race in Tokyo, the women’s T64 200m heats taking place at 10 a.m. JST / 9 p.m. ET (Monday night). The final is scheduled for Tuesday evening in Tokyo.

Canada’s Para cycling team turns its attention to the road, with eight riders competing in the time trial.

In the women’s C4 road time trial are Kate O’Brien (Calgary, AB) and Keely Shaw (Midale, SK), both already medallists in Tokyo at the velodrome – O’Brien with a silver in the 500m time trial and Shaw a bronze in the 3000m individual pursuit. They hit the starting line at 8:30 a.m. JST / 7:30 p.m. ET (Monday night).

The men’s H3 handcycling race will see three Canadians in action: Joey Desjardins (Hawkesbury, ON), Alex Hyndman (Morpeth, ON), and Charles Moreau (Victoriaville, QC). Moreau is the defending Paralympic bronze medallist in this event, while Desjardins and Hyndman will be making their first Paralympic appearances. Their race commences at 9:40 a.m. JST / 8:40 p.m. ET (Monday night).

It will be a busy day for Canada’s Para swimming team, with nine athletes racing in the heats.

Zach Zona (Waterford, ON), in his Paralympic debut, kicks things off in the men’s 400m freestyle S8 heats at 9:07 a.m. JST / 8:07 p.m. ET (Monday night) with Canadians then featuring in heats through the next two hours.

About the Canadian Paralympic Team: Canada is represented by 128 athletes competing in 18 sports at the Tokyo 2020 Paralympic Games, taking place August 24 to September 5.