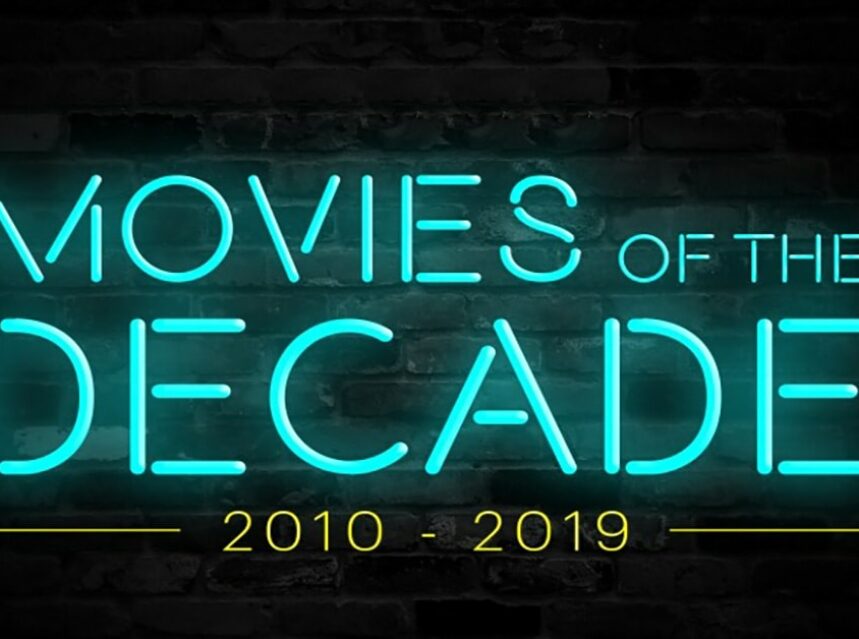 I have been an avid movie watcher and moviegoer since the age of seven. And while I was cutting my cinematic teeth watching classic re-releases and brand new animated and live action features from the Disney studios during my early years, somehow I found a spot to watch and appreciate classic black-and-white comedies and horror movies (especially the Three Stooges and Universal horror flicks), which I was exposed to every Saturday afternoon at the old Lucerne Theatre on Decarie Boulevard in Ville St. Laurent during the late 60s and early 70s. And as I grew into my teen years, my taste in movies shifted from B-movies to Charlie Chaplin, the Marx Brothers, Humphrey Bogart and James Bond; however, I never ruled out going with friends to theatres, multiplexes and drive-ins to catch the latest box office hits (I even remember sneaking into the Kent Theatre in NDG to catch “Jaws” in the summer of 1975, when I was only 12).

And my love for the movies has never faded away; I still enjoy watching the classics on TCM (Turner Classic Movies), the recent releases on the Movie Network, and catch a new release or two at a downtown or suburban multiplex (with much more comfortable seating, I might add). And although my heart is still with those classic black & white movies, I still haven’t ruled out catching the latest hits (and with the high price of movie tickets these days, I try to avoid as many duds as possible).

So, without further ado, here are our Top 10 movies of the decade:

Star Wars: The Force Awakens – After a somewhat lackluster reception to the Star Wars prequel trilogy (Episodes I, II and III … remember Jar Jar Binks?), the storied sci fi franchise got itself a major boost around 2015 thanks to two things: first, the acquisition of the Lucasfilm empire by Disney, and the introduction of a new trilogy that for many Star Wars fans was a breath of fresh air. It was a meeting of the old and the new in which the torch (or should I say light sabre) was passed to a new generation of rebels fighting this intergalactic evil empire (magnificently led by newcomer Daisy Ridley as Rae, the scavenger turned Jedi knight), which came to a spectacular conclusion with Episode IX: The Rise of Skywalker.

Skyfall – Back in 2012, James Bond, Secret Agent 007, marked his 50th anniversary in the movies in a grand scale with “Skyfall”. This was the third 007 vehicle for Daniel Craig, and so far, it’s the best one he has done (with “Casino Royale” coming a close second). It had everything you could want in a Bond movie: plenty of non-stop action, exotic locales, memorable villains (Javier Bardem as Silva), return of some old favorites (when the 1964 Aston Martin DB5 from Goldfinger was unveiled, the audience in the theatre cheered), some new gadgets, a fair share of Bond girls, and an unforgettable theme song that was sung by Adele (which won a much-deserved Oscar for Best Original Song). This was one movie in which James Bond certainly earned his license to kill.

Fahrenheit 11/9 – Once again, controversial filmmaker Michael Moore used his doggedly determined method of muckraking journalism (with the camera as his pen and paper) to give a harrowing look at how Donald Trump and his cronies bitterly divided America following his much surprising win in the 2016 U.S presidential election. Through a lot of factual information, interviews and Moore’s down-home, but rather snide, commentary, we see how one man with no political experience managed to win the highest elected office in the U.S., and succeeded in making the American people more divided since the Civil War era. And like any of his previous documentaries, Moore manages to incorporate the plight of his hometown of Flint, Michigan without any diversion from the purpose of the narrative. And if you think Michael Moore is blowing a lot of pre-fabricated hot air, just remember that in the midst of the 2016 campaign, it was Moore who boldly predicted that Trump would win the election. Don’t say you haven’t been warned.

The Artist –  After being obsolete for over 80 years, silent movies made a brief, but memorable comeback with “The Artist” in 2011. It starred Jean Dujardin, a movie star in his own right in France, as George Valentine, a swashbuckling silent era movie star, circa 1928. He meets a young woman who is a dancer but aspires to be a movie star just like Mr. Valentine; and as her career in motion pictures takes off, George Valentine’s career experiences a gradual, almost tragic decline. This is a terrific tribute to the great movies of the silent era, when they used to make movies like they don’t do anymore today. Every aspect of a typical silent movie is faithfully reproduced, from the black & white cinematography, to the music, to the title cards that took the place of actual spoken dialogue. And look out for John Goodman, who does a fine performance in a supporting role as Al Zimmer, the typical cigar-chomping studio mogul of Hollywood’s golden age.

Life, Itself – This is the perfect companion piece to the late Roger Ebert’s 2011 memoir of the same name. In words, pictures and video clips, it brings Ebert’s book to life with the same sense of intelligence and introspection. The premise of the documentary is the final years of Ebert’s life, as he undergoes countless treatments, difficulties and pitfalls as he tries to recover from a form of cancer that robbed him of his jaw and speech (but fortunately, not his ability to watch and write about movies). And watch out for the video outtakes that Ebert and the late Gene Siskel did of promos for their syndicated movie review program, which starkly portrays the love-hate relationship these two movie critics had for each other during their three decades in the balcony.

The Revenant – This is a great example of what an actor would go through to pull off a memorable performance. Robert De Niro has done this several times. And in this 2015 release, it’s Leonardo Di Caprio’s turn. It takes place in the American wilderness in 1823, as Di Caprio, who portrays the veteran leader of a fur trapping expedition, is double-crossed by a jealous rival in his expedition party, and is left for dead in the middle of nowhere. Somehow, he survives the attack (not to mention a savage grizzly bear attack as well), and uses his wit and survival skills to trudge his way through an unforgiving wilderness during a brutally cold winter to find that treacherous hunter and exact his vengeance upon him. Di Caprio did most of his own stunts that would have killed any other mortal, but risking personal injury or even worse for this movie turned into THE performance of his career, as well as winning a Best Actor Oscar for his almost superhuman efforts on this film.

Spotlight – This 2015 Oscar winner for Best Picture to me ranks as one of the best journalism movies of all time, along with “All the President’s Men”, “The Post”, “His Girl Friday” and the underrated 1952 Humphrey Bogart drama “Deadline U.S.A.”. It retells the true story of how the members of the Boston Globe’s Spotlight investigative unit used their journalistic skills to uncover the Boston Archdiocese’s dirty dark secret of rampant sexual abuse. With a wonderful cast led by Michael Keaton, “Spotlight” was almost like a journalism textbook within a movie on how to get the story the old school way.

Bohemian Rhapsody – The biopic of legendary rock stars can either be really good (“Backbeat”, “La Bamba”) or really bad (“The Doors”). But no matter what controversy it garnered, ”Bohemian Rhapsody”, the biopic of the 70s and 80s rock group Queen and its late legendary lead singer Freddie Mercury, blew away the genre thanks to one thing and one thing only: the remarkable performance of Rami Malik in the lead. His resemblance to Mercury is so uncanny, yet he got down every onstage gesture and mannerism to a “T”, that you would think Mercury was resurrected and came back to life (check out the YouTube video that does a side-by-side comparison to Queen’s actual performance at Live Aid in 1985 and its recreation in the movie). It earned Malik a well-deserved Best Actor Oscar and sparked a new interest in rock star biopics, such as last year’s “Rocketman” and a soon-to-be released biopic of the Bee Gees.

Wonder Woman – Four years ago, Gal Gadot was basically an unknown actress who previously represented Israel at the Miss Universe pageant. That all changed when she put on the tights and took up the sword to portray the legendary DC Comics amazon heroine Wonder Woman. Thanks to a brief appearance in a Batman/Superman movie, it lead to Gadot starring as Wonder Woman in her own movie. The end result: it became a huge commercial and critical success (and a sequel will be released this summer) and turned the once unknown Gal Gadot into an international superstar. Gadot brought a great deal of grit, bravery and a degree of naivete to the role of Diana Prince/Wonder Woman that was both inspiring and charming, as she crossed from her Amazon world into the trenches of France circa 1918 to search, find and destroy Ares the God of War.

The King’s Speech – I’ll tell you this. The British certainly know how to use the movies as an effective way to retell its long history to new generations of audiences, and this 2010 Oscar winner is no exception. This time it focuses on the future King George VI of England (played to perfection by Colin Firth), as he tries to overcome his lifelong speech impediment, as he is about to ascend the throne in 1936-37. Enlisted for this quest is an unorthodox, yet effective, London speech therapist (also played to perfection by Geoffrey Rush). This is not just the story of the friendship that develops between student and teacher, but also brings out a hidden piece of British history of how the overcoming of a future king’s stammering practically saved England as the nation and its empire approached a time of great crisis.