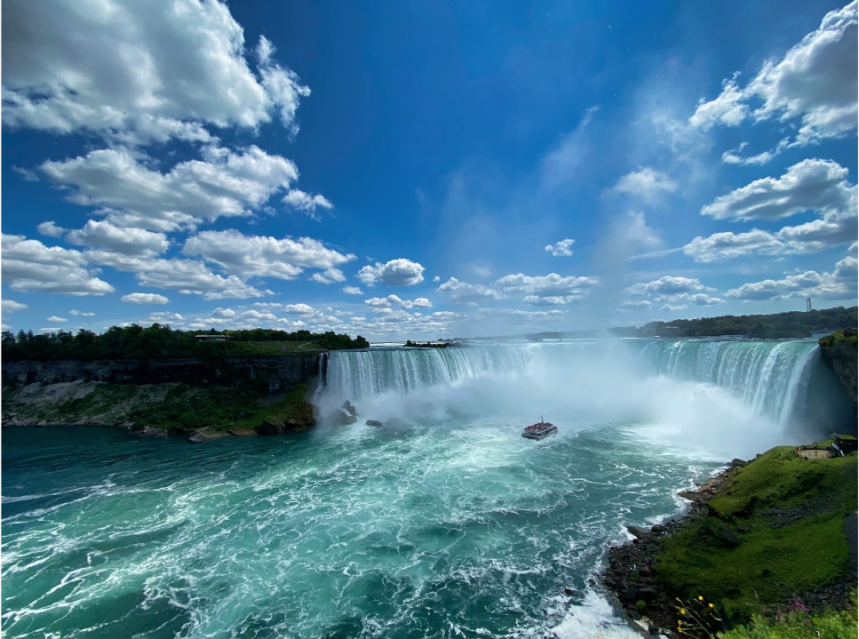 Home to soaring skyscrapers, attractive green spaces, and engaging museums, Toronto offers plenty to entertain sightseers. You could easily spend a week (or more) just in the city itself and not run out of things to do, no matter what your interests are.

But tourists who venture beyond Toronto’s city centre will have the opportunity to experience some of Ontario’s top attractions, all within a few hours’ drive of the downtown area. Whether you’re a fan of wandering through charming towns or coming face-to-face with native wildlife, there’s something to inspire you.

In this guide, we’ll share with you 5 of the top places to visit near Toronto to help you plan your next adventure. Don’t forget to book your accommodation early. Platforms like rentola.ca will help you find appropriate accommodation, even if you’re planning on traveling during the June to September high season. Aside from being able to compare available properties in the city itself, you can find holiday rentals in nearby towns.

An easy day trip from Toronto will take you to one of North America’s most spectacular natural wonders – Niagara Falls. The largest of the three cascades, Horseshoe Falls, straddles the border between Canada and the United States and is best viewed from the soaring Skylon Tower. You can feel the spray on the Journey Behind the Falls experience or follow the White Water Walk, a scenic boardwalk that takes you deep into the Niagara Gorge.

Combine your visit to Niagara Falls with an exploration of Niagara-on-the-Lake, an historic town that once served as the capital of Upper Canada. It is clustered with buildings dating back to the 18th and 19th centuries, which are best admired from a horse-drawn carriage. Don’t miss a visit to the remains of Fort George, built by the British to defend against American attack. One of the best times to visit Niagara-on-the-Lake is during the theatrical Shaw Festival.

Less than three hours’ drive north of Toronto will take you to this immense, forested park, which encompasses sparkling lakes, rugged canyons, and scenic hiking trails. It is the traditional homelands of the Anishinabek and Huron-Wendat nations, with the name “Algonquin” translating as “the place of spearing fish from the bow of the canoe”.

Algonquin Provincial Park is home to an abundance of wildlife that includes bears, moose, and wolves, many of which can be spotted while canoeing along the waterways. You can stretch your legs on the Whiskey Rapids Trail, explore the recreated logging camp at the Algonquin Museum or coincide your visit with the ever-popular Wolf Howl.

On the eastern outskirts of Toronto is Canada’s largest zoo, which is home to more than 5,000 animals from all corners of the globe. Established in 1974, it plays an important role in wildlife conservation efforts through its captive breeding programs and is home to a greenhouse filled with a huge array of plant species.

At the Toronto Zoo, you can get up close to Sumatran orangutans in the Indo-Malayan area, see Arctic wolves on the Tundra Trek, and gaze up at Maasai giraffes in the African Savanna exhibit. Kids can let loose in the Discovery Zone with its interactive water park and ride the Conservation Carousel before learning about goats and macaws during one of the keeper-led talks. For a classic safari experience on Toronto’s doorstep, you can camp under the stars at the zoo’s Serengeti Bush Camp.

Around 1.5 hours’ drive east of Toronto is Port Hope, a picturesque town that lies at the mouth of the Ganaraska River. It’s famed for having the best-preserved main street in Ontario and is also home to the last functioning atmospheric theatre in Canada.

Many of Port Hope’s 19th-century residences have been transformed into cafes and stores selling locally made arts and crafts. Not to miss is the Canadian Fire Fighters Museum, which is home to vintage fire trucks, antique helmets, and hydrants. Port Hope is also the perfect destination for long walks along the shores of Lake Ontario and fishing for running salmon and trout.

If you drive in the other direction from Toronto, you’ll arrive in Stratford, which (like its English namesake) lies along the Avon River. It’s renowned for its staging of Shakespearean plays during the annual Stratford Festival, as well as being the hometown of Justin Bieber. Fans of the Canadian superstar shouldn’t miss the “Steps to Stardom” exhibit at the Stratford Perth Museum.

Beautifully preserved Victorian buildings such as the Stratford City Hall dot the city, together with picturesque parks and gardens. Art enthusiasts can head to the Gallery Stratford, which is one of Ontario’s longest-operating public art galleries, or browse the First Nations artworks on display at the Gallery Indigena.