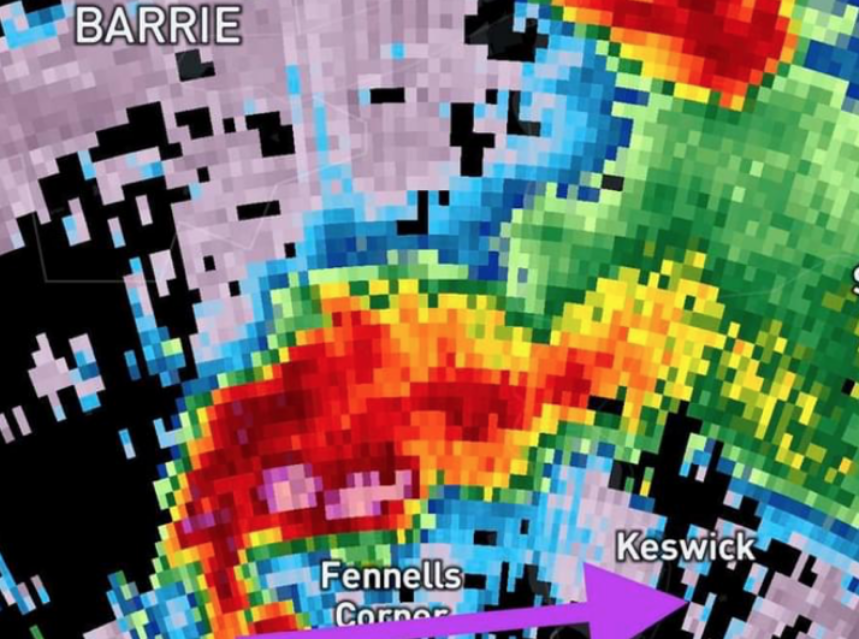 Residents in Lindsay, Peterborough and the Kawarthas have received a tornado warning on their phones around 3:30 pm. Environment Canada has issued a tornado warning and severe thunderstorm warning after what is being called “likely a tornado” touched down in Barrie earlier in the afternoon. Thousands of homes have been left without power along with some homes receiving a severe degree of structural damages following the Barrie tornado.

Tornado warning in effect for:

A severe thunderstorm capable of producing a tornado is located 5 kilometres west of Argyle, moving east at 70 km/h.

What you should do to protect yourself during a tornado

Go indoors to a room on the lowest floor, away from outside walls and windows, such as a basement, bathroom, stairwell or interior closet. Leave mobile homes, vehicles, tents, trailers and other temporary or free-standing shelter, and move to a strong building if you can. As a last resort, lie in a low spot and protect your head from flying debris.

Tornado warnings are issued when imminent or occurring thunderstorms are likely to produce or are producing tornadoes.

The Office of the Fire Marshal and Emergency Management recommends that you take cover immediately if threatening weather approaches.