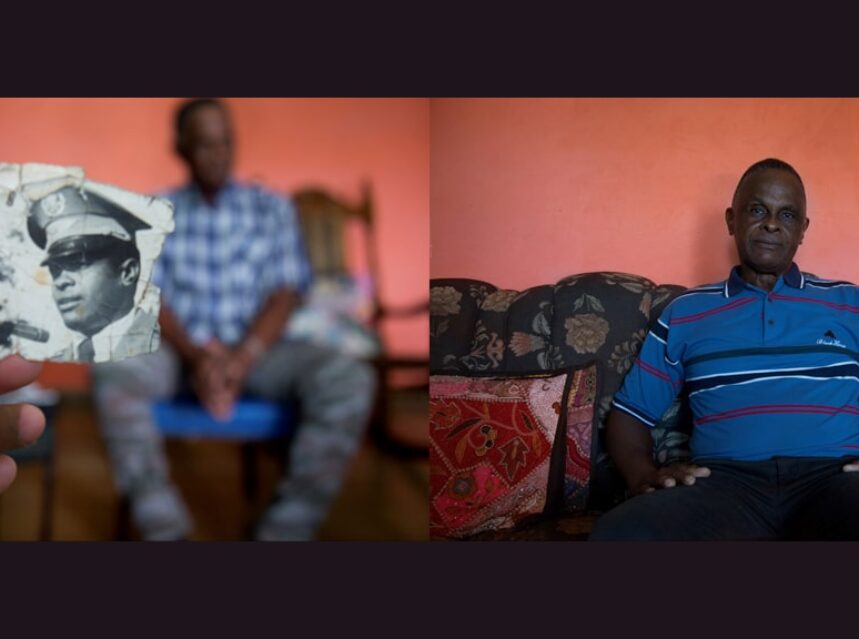 TORONTO, June 21, 2022 — Opening June 25 at the Art Gallery of Ontario (AGO), Present: Past/Future is acclaimed Toronto artist Ed Pien’s first AGO solo exhibition. Best known for his experimental drawings and meticulous paper-cuts, Pien’s work is defined by spontaneity, collaboration and duration. These qualities are exemplified in his newest work, a selection of multimedia installations and antiques documenting his discussions with 13 Cuban seniors.

Since 2014, Pien has been travelling regularly to the community of San Agustín, Cuba to record and photograph a group of seniors in their homes. This project – which is ongoing – was commissioned by Elegoa Cultural Productions and the Laboratorio Artístico de San Agustín (LASA) network.

In the first exhibition of this durational project, guest curated by Catherine Sicot and presented in Spanish with English subtitles, Pien shows methodically edited videos and photographic diptychs of the elderly residents, installed amongst a hive of antique furniture and personal mementos. A glass cabinet features a selection of mementos – a hand-carved wooden sunflower inscribed with the word “amigos”, a vintage ceramic jug with four matching cups, and two Fidel Castro-era badges – objects that were given to the artist by participants. For each gift given, Pien has reciprocated with an equally personal possession. In his words, “…we become each other’s custodian of the memory that is attached to these objects.”

At once homey and unsettling, with antique furniture stacked in the centre of one room, the exhibition is designed to reflect the mingling of past, present and future the artist has encountered in his conversations with participants. In their stories, says Pien, “I see them living their memories in real time – as if the past is present, and the present is also the future.” The flow and impact of time in these videos and photographs is evidenced in the visible aging of the artist and participants as well as in the deteriorating memories of some of the seniors. Where a participant has passed away, Pien has marked the event by showing a video entitled Double Absences, which describes the emptiness of their domestic dwelling only after their deaths. Today, seven participants are still part of the project.

All these seniors’ lives are deeply intertwined with the ongoing Cuban Revolution. Mindful of the risk of voicing words that could be perceived as dissident, Pien has been careful to never ask the participants any compromising questions.

For the video series Real Time/ Tiempo Real, Pien filmed each participant undertaking one of their routine activities – from Marcelino smoking a cigar to Mercedes making mamey juice. In Double Time/Dos Canales, a series of two-channel videos, Pien invited participants to select a piece of music they love but hadn’t heard for years. He filmed them listening to the music, and ten days later, filmed them again listening to the same piece.

“It takes a long time, as foreigner in Cuba or anywhere, to connect with people, to start exchanging and understanding bits of their realities. When I commissioned this project as part a bigger initiative to generate artistic dialogues with Cuban society, I never imagined Ed would embark on a project of such magnitude,” says Guest Curator Catherine Sicot. “By accompanying these individuals to the end of their lives, he will reframe the perception of time for anyone who participates or follows the project over the years to come. These testimonies and views of Cuban domestic dwellings also offer a unique perspective on the Cuban Revolution.”

The exhibition will be accompanied by a 102-page artist book, published by Le Centre Sagamie and Elegoa Cultural Productions with support from the AGO, Birch Contemporary, Pierre-Francois Ouelette Art Contemporain, Carlos Yep and Ed Pien. Featuring photos and quotes from participants, this book is the first of a process-based publication. It will be available in shopAGO as of June 24 for $40. Proceeds will support a second volume including essays by curator and writer Dannys Montes de Oca Moreda, AGO Assistant Curator, Renée van der Avoird and a conversation between the dramaturge and writer Yohayna Hernández González, Pien and Sicot, is expected in fall 2022.

An opening celebration, featuring remarks by the artist and curator, is planned for Saturday, June 25 at 2:00 p.m. in the J.S. Mclean Centre for Indigenous & Canadian Art. A book signing will follow in shopAGO. For more details, visit ago.ca/events/ed-pien-present-past/future-opening.

Present: Past/Future is free for AGO Members, Annual Passholders and visitors aged 25 and under. Same day tickets can now be booked in person and online. For more details on how to book your tickets or to become a Member or Annual Passholder, visit ago.ca.

Ed Pien is a Canadian artist based in Toronto. He has been making art for almost 40 years. Born in Taipei, Taiwan, he immigrated to Canada with his family at age eleven. Pien has shown extensively, both nationally and internationally, in venues that include the Drawing Centre, NYC; the Victoria & Albert Museum, London; The Canadian Culture Centre in Paris; The Goethe Institute in Berlin; The Art Gallery of Greater Victoria; The Art Gallery of Ontario; Musée des beaux arts, Montreal; Musée d’art contemporain, Montreal; Songzhuang Art Centre, Beijing; the National Art Gallery of Canada; as well as Oboro. He has participated in the 2000 and 2002 Montreal Biennales; the 18th Edition of the Sydney Biennale, “Oh Canada”, at MASS MoCA. Pien also presented work at the 5th Edition of the Moscow Biennale, and the Beijing International Art Biennale. The Corridor of Rain was featured at the Curitiba Biennial, in Brazil in 2018.

Co-produced by Ed Pien and Catherine Sicot since 2014, Present: Past/Future is an ongoing project. For more details, including sponsors and a list of collaborators, visit elegoa.com/en/content/Ed_Pien-Present_Past_Future.