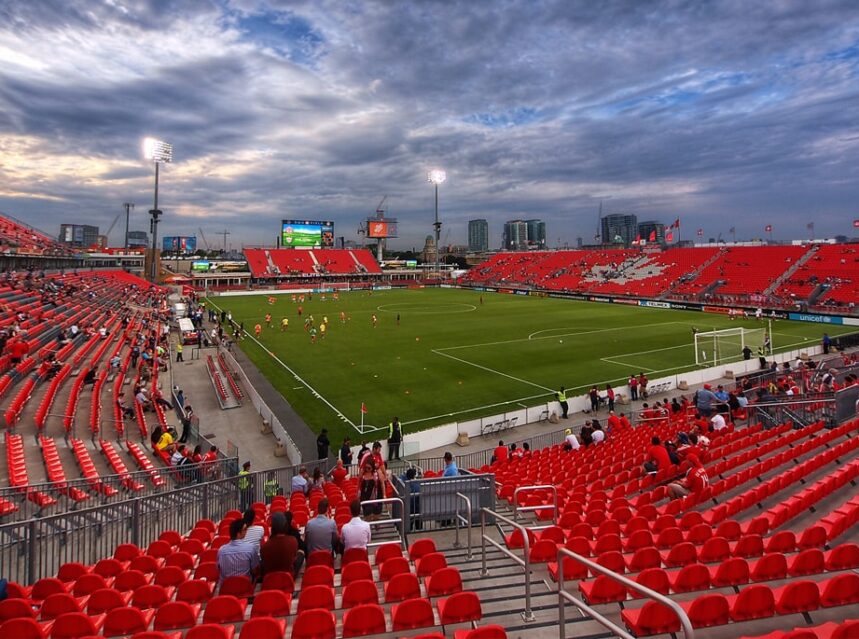 TORONTO, June 16. 2022 – Today, at about 5:30 pm at a watch party at Real Sports it was announced that Toronto has been chosen as one of the Canadian host cities for the 2026 World Cup. Vancouver will also be a host city.

16 North American cities were chosen to host matches. 60 games will be played in the United States and 10 each will be played in Canada and Mexico. So Toronto and Vancouver will each most likely host five matches.

“On behalf of the residents of Toronto and Council, I am delighted that Toronto has been chosen as a host city for FIFA World Cup 2026,” said Mayor John Tory. “There is no bigger sports tournament on the planet and it will be an opportunity to welcome the world and showcase all that our city has to offer to a global audience,” said Tory.

The FIFA World Cup generates significant economic, cultural and community benefits for host cities and countries and increases host cities’ profiles on the world stage. The significant economic impact anticipated from the event will help sustain Toronto’s long-term recovery from the COVID-19 pandemic, especially in the hard-hit tourism, hospitality and entertainment sectors.

“We are thrilled that Toronto has been chosen as a Host City for the FIFA World Cup 2026 and are excited to welcome the qualifying teams and the global audience the event attracts.,” said – Scott Beck, CEO and President of Destination TorontoWith matches at BMO Field and major fan events all across the city, the FIFA World Cup 2026 is an opportunity to highlight the diversity of Toronto’s neighbourhoods and to raise Toronto’s profile on the world stage.”

“On behalf of all those involved in the Toronto bid, and everyone at MLSE, we are thrilled with FIFA’s announcement today that Toronto will serve as a host city for the 2026 FIFA World Cup and we thank them for the trust they have shown in our group and our city,” said Larry Tanenbaum, Chairman of Maple Leaf Sports & Entertainment (MLSE) and Co-Chair of the Toronto bid to be a FIFA World Cup 2026 Host City with Toronto Mayor John Tory. “The FIFA World Cup 2026 will represent a historic moment for the game of soccer, and for our great city, and we are appreciative to all who helped us achieve this goal, including both the Provincial and Federal governments. We look forward to continuing to work closely with Canada Soccer, the City of Toronto and Destination Toronto to make this event as much a success locally as it will be globally,” said

Also in contention were Edmonton and Montreal but the latter pulled out of the bid in April. Toronto’s venue will be BMO Field and it will need to add at lest another 10,000 seats to be World Cup ready. BMO holds 30,000 and FIFA requires at least 40,000 seat capacity.

Vancouver’s BC Place will be the other Canadian venue, which holds 54,405, so althought they won’t be required to increase seating capacity, they will need to replace their artificial turf with real turf in order to comply with FIFA regulations.

In 2018, the FIFA World Cup 2026 was awarded to a joint bid by Canada, Mexico and the United States, with 80 matches to be staged across 16 cities in North America, of which 10 matches are expected to be in Canada. In January 2018, City Council endorsed Toronto’s participation in the bid to be a host city.