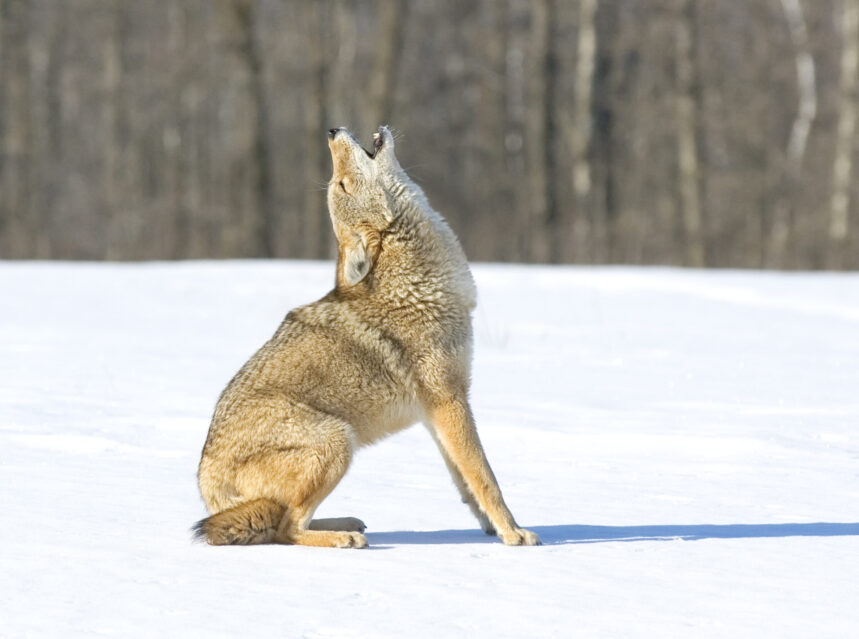 Toronto residents who live near ravines, forests and large parks – typical coyote habitats – can expect an increase in coyote sightings during this time of year.

Residents can expect to see coyotes more often in winter for the following reasons:
• It is easier to spot coyotes in parks and ravines in the winter because they are not hidden by foliage.
• Coyotes are wary by nature and are more comfortable roaming in residential neighbourhoods when fewer people are outside.
• The months of January and February are mating season for coyotes, which means coyotes are more active during this time, making them more visible.

Coyotes have become a natural part of the urban landscape in Toronto and are an important part of the ecosystem, as they control rodent and rabbit populations. They thrive in urban areas because of the abundance of food and shelter available to them.

Most interactions with coyotes in Toronto are the result of a nearby, regular food source, especially intentional feeding by people, or the presence of a dog.

Coyotes can behave in a defensive manner around dogs, often interpreted as aggression. Coyotes are naturally timid, but they will defend their territory and their family group, including their pups. For this reason, interactions between a dog and coyote can be scary, but there are simple ways to avoid conflict:

• Do not feed coyotes, either deliberately or inadvertently. Ensure all food you may have with you (human snacks or dog treats) are packed away securely.
• Keep your dog close to you and on a leash, especially in areas where coyotes are known to live.
• Don’t walk your dog in ravine habitats, especially in the spring when coyotes have pups.
• Be aware of your surroundings and what your dog is doing.
• Don’t let your dog chase or play with a coyote.

The City of Toronto has a coyote response strategy that it follows when dealing with coyotes that includes public education, a bylaw that prohibits feeding of wildlife, and criteria for the removal of coyotes, if necessary. An attack or bite on another animal is not grounds for removal, as this is normal coyote behaviour.

Where a coyote is injured or sick, Toronto Animal Services will investigate to determine whether the coyote can recover on its own or be captured and brought to a wildlife rehabilitation facility. In accordance with the Fish and Wildlife Conservation Act, the coyote will be located back into the area from which it was captured when it has recovered.

Residents who see someone feeding a coyote should contact 311, as it is against City bylaws. For more information or to report a coyote sighting, residents can visit the web page at toronto.ca/coyote or call 311.