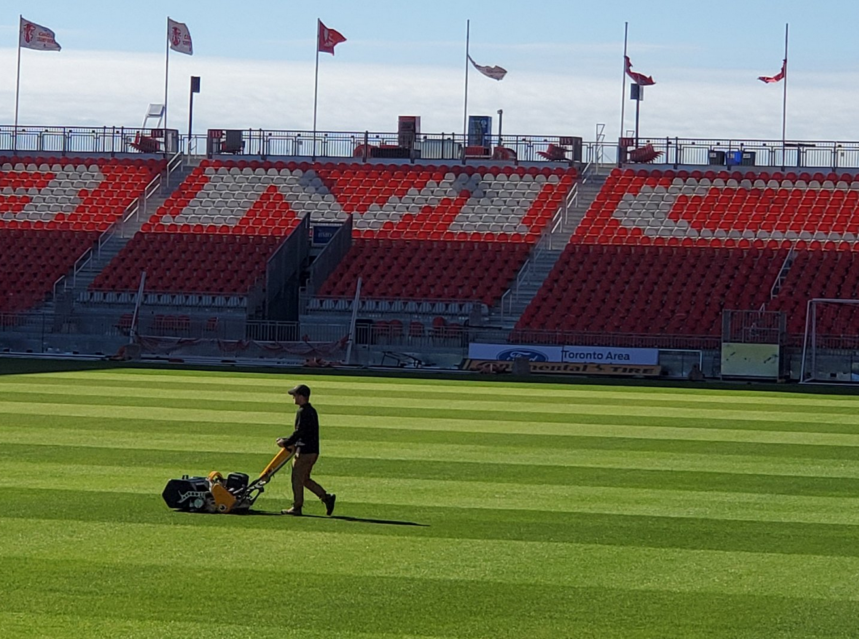 TORONTO, ON., June 1, 2020 — MLS players including Toronto FC could be locked out as soon as as Tuesday at noon despite last night’s announcement by the Major League Soccer Player Association (MLSPA) that it voted to approve its latest counter-offer to the league as it relates to economic concessions for the 2020 season, modifications to the recently agreed upon CBA , and their agreement to participate in a summer tournament in Orlando.

Sources are saying that MLS is insisting that it has submitted its best offer and that it won’t budge further. ESPN television analyst Herculez Gomez tweeted that MLS is giving the players until noon on Tuesday, otherwise they will lock the players out.

One of the issues causing the impasse is the MLSPA has offered to accept a 7.5 percent pay cut, while MLS’s most recent offer was at 8.75 percent. While another issue relates to the force majeure clause that according to ESPN “would allow either side to back out of a CBA in the case of a catastrophic event like a pandemic.” The proposal being made by MLS gives it the right to invoke the clause if five teams suffer an attendance drop of 25 percent or more from the previous year, while the MLSPA’s doesn’t have that stipulation, according to ESPN.

Meanwhile today (Monday, June 1), because an agreement between the MLS and MLSPA has not been met, Toronto FC, Montreal Impact and Vancouver Whitecaps players boycotted voluntary training sessions.

Toronto FC, as well as other MLS squads including Atlanta, Inter Miami and Sporting Kansas City were slated to ramp up training sessions from individual to small groups on Monday.

Other teams, including the Montreal Impact are taking longer to receive approval from to increase practice numbers.

The league is saying that for training, teams can divide each full field into two halves, and then half can be split up into six zones, spaced at least 10 feet (three metres) apart. Only one player may be in a zone at any given time, which enables players to pass to back and forth and shoot on while they maintain physical distancing.

Other sanitary rules include barring goalkeepers from spitting on their gloves, ordinarily a common practice to provide more grip.

Along with labour negotiations, and the new approach to training sessions, the league and its teams have been speaking up about the senseless murder of George Floyd in Minnesota last week.

The MLSPA issued its official statement Sunday, saying “Like our players, we are deeply sickened by the continued inequality and violence around the country. We stand with all of those who have been subjected to unfair and unequal treatment because of the colour of their skin. We must commit as a society to end this horrible cycle.”

“Like our players, we are deeply sickened by the continued inequality and violence around the country. We stand with all of those who have been subjected to unfair and unequal treatment because of the colour of their skin. We must commit as a society to end this horrible cycle.”

While on Monday Major League Soccer commissioner Don Garber also released a statement in all caps condemning racial injustice. “We are deeply saddened and horrified by the senseless murder of Geroge Floyd,” said Garber. “We stand united with the black community throughout our country and share in the pain, anger and frustration. We hear you. We see you. We support you. We are committed to use our voices and the platform of our league, our clubs and our players to continue to champion equality and social justice,” the statement reads.

If the players and league do reach an agreement, the plan is possibly to resume the season after this summer in one hub, possibly the Orlando area. According to The Athletic, they received a document that was sent out on May 20th by the league office to all of its clubs. In the document MLS has proposed a round-robin tournament, where each of the 26 teams would play five games which would then count towards regular season results.

This is just a proposal by the league and does now necessarily mean it will go ahead.