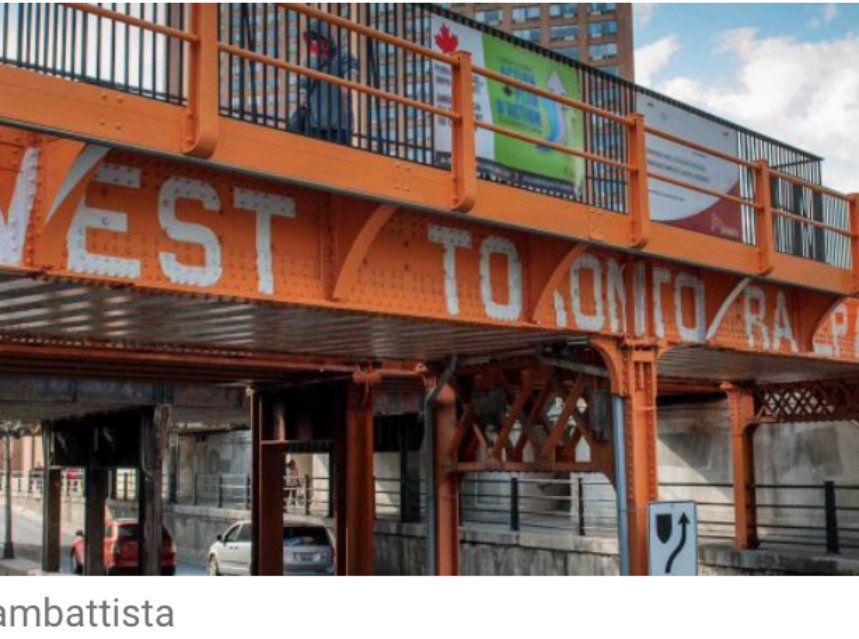 The City of Toronto and Metrolinx invite residents to attend a public open house and presentation to review the final design details for the extension of the West Toronto Railpath.

The project includes a two-kilometre, multi-use trail extension of the West Toronto Railpath, mainly along the Barrie GO Corridor, from Dundas Street West at Sterling Road to just south of Queen Street West at Abell Street.

The extension of the West Railpath is an exciting project that will expand a very popular linear park in our city,” said Mayor John Tory. “We have already seen the transformation of the existing rail corridor and its success in connecting communities, providing separated safe trails for people who walk, run and ride bikes, facilitating public art, and creating more useable space for people,” Tory said.

During the public open house, those in attendance will view detailed plans and drawings for:

The existing portion of the West Toronto Railpath, from Cariboo Avenue (just north of Dupont Street) to the Dundas Street West overpass, spans more than two kilometres and was completed in 2008. It won the 2011 Toronto Urban Design Award of Excellence. Currently, the segment of the existing trail between Cariboo Avenue and south of Bloor Street West is being re-aligned to accommodate track expansion along the Kitchener GO Corridor.

“Extending the West Toronto Railpath will expand the existing award-winning trail and park that is widely used and has already contributed to a better quality of life for residents,” said Deputy Mayor Ana Bailao (Councillor for Ward 9 Davenport) ” This extension will further connect people to jobs, education and their neighbourhoods, which is good for our community and our city,” added Bailao.

The design of the West Toronto Railpath extension is being funded by the City, as well as the federal government through the Public Transit Infrastructure Fund.

More information and presentation panels are available at toronto.ca/WestRailpath.