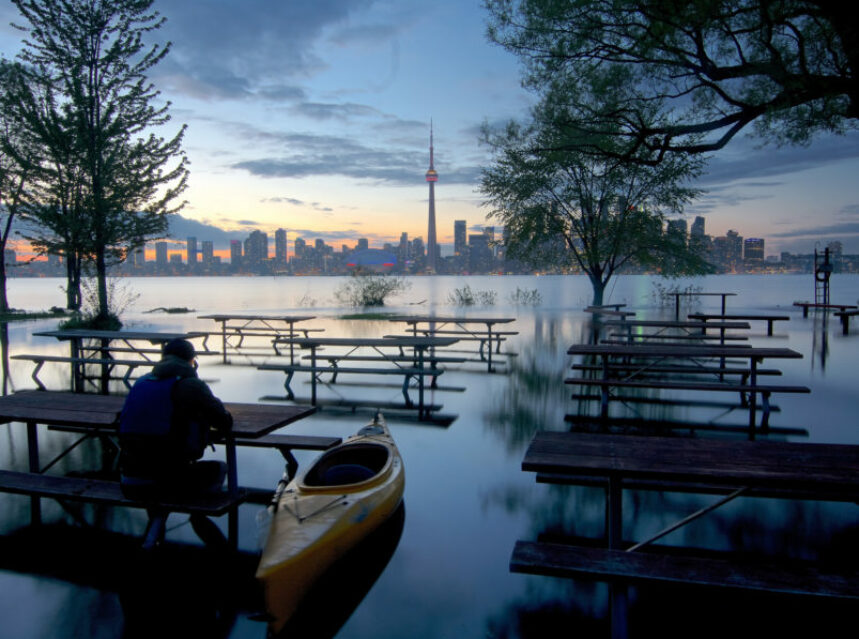 Bad news for some of us Island-goers! Due to continuing flood conditions on Toronto Island Park the past couple of weeks, the city of Toronto has announced it will be cancelling permits for events and activities at the park until July 31.

According to a city news release, more than 300 permits for about 90 groups or individuals have been affected by flooding.

The Park remains closed as water levels are still high and more than 40 per cent of the park is under water. Roads throughout the islands remain waterlogged.

Ferry service is still restricted to residents and essential personnel as 40-50 per cent of the Islands remain under water. Until now, local businesses have been trying to stay afloat, but the popular Rectory Cafe announced it’d be shutting down after Thanksgiving.

Environment Canada has reported that water levels in Lake Ontario appear to be stabilizing however, even at the current conditions, it will take several weeks or more for water levels to subside.
To read more from city of Toronto’s news release, click here.

Hopefully the closure doesn’t last past August because what’s a summer without a trip to the Islands?