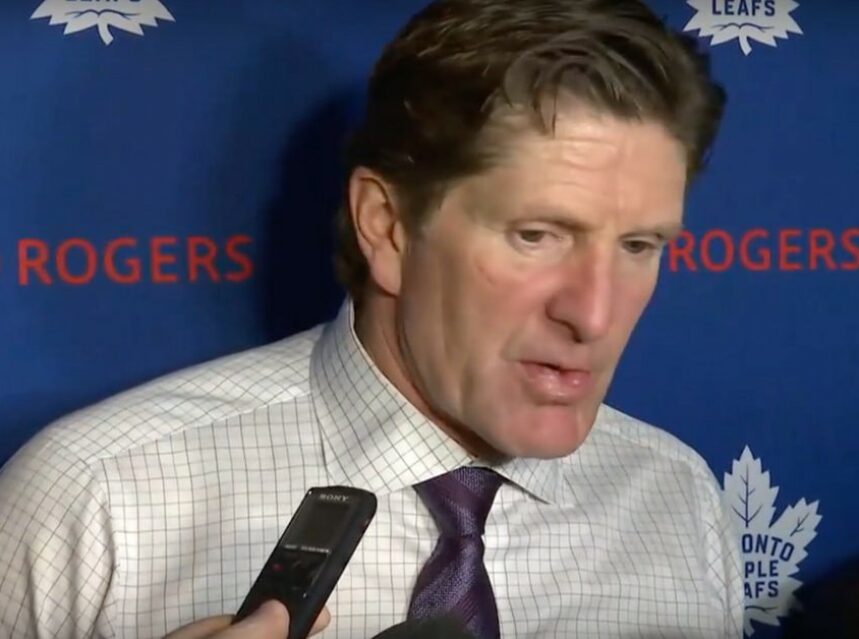 After losing 4-2 to the Vegas Golden Knights last night and following a string of six straight losses, the Toronto Maple Leafs have announced the firing of head coach Mike Babcock today.

“Today, we made the decision to relieve Mike Babcock of his coaching duties and named Sheldon Keefe our new head coach,” states Maple Leafs President and Alternate Governor, Brendan Shanahan, in the press release, Wednesday. “Over parts of the last five seasons, Mike has played an integral role in changing the direction of our franchise,” sid Shanahan, who flew to Arizona to meet with Babcock.

The Leafs currently sit fifth in the Atlantic Division with a 9-10-4 record after 23 games.

“Mike’s commitment and tireless work ethic has put our organization in a better place and we are extremely grateful and appreciative of the foundation he has helped us build here,” said Shanahan in their press release, according to Sportsnet.

In a statement over the phone with TSN hockey insider, Pierre LeBrun, Babcock says, “Larry Tanenbaum talked me into going to Toronto. I would have never have gone until I met Larry. He’s one of the finest people I’ve ever met. Had an absolute riot and met another friend for life in Lou Lamoriello. I thought we did an amazing job taking a franchise from where it was to where we had 100-point seasons, we set franchise records if I’m not mistaken, got into the playoffs. I’m disappointed, we didn’t have the start to the year we wanted and that’s on me.

Babcock was hired by the Maple Leafs in May 2015, helping usher in a new era for the rebuilding club. Under his guidance, the Maple Leafs made the Stanley Cup Playoffs for three straight seasons and went 173-133-45 in 351 regular season games over the course of parts of five seasons,past five seasons.

Babcock’s replacement will be Sheldon Keefe, former forward for the Tampa Bay Lightning and head coach of the Leafs’ AHL affiliate Toronto Marlies since 2015, winning the Marlies’ first ever Calder Cup in 2018.

“He’s earned it,” said Shanahan about Keefe in his press conference. “We believe in the players we have here… and we believe in Sheldon obviously, in making this decision.”

A few things high on Shanahan’s agenda are to address the Leafs’ mistake prone defensive issues and to reignite the team’s explosive offence.

Keefe is expected to be behind the bench tomorrow night in Arizona when the Leafs face off against the Coyotes.