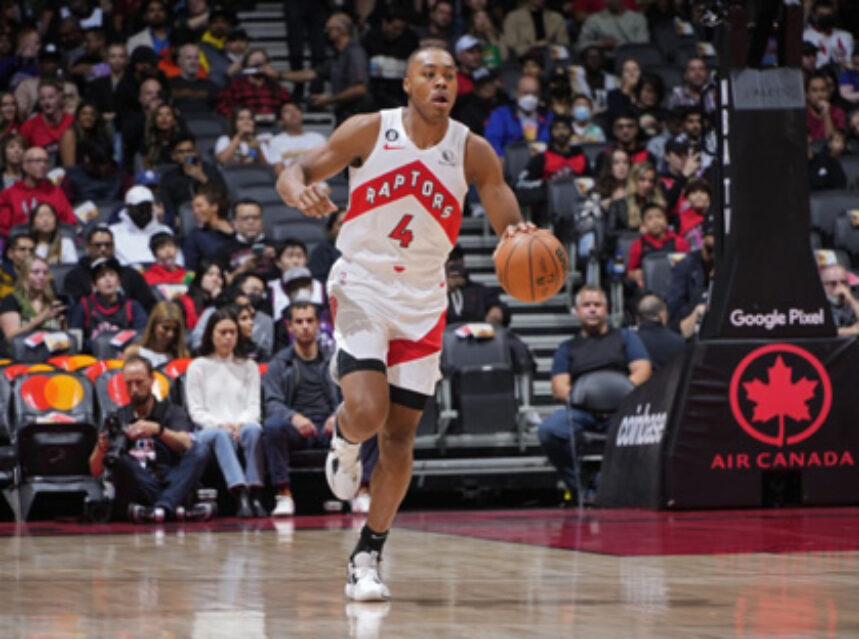 Porter is dealing with a hamstring injury and was ruled out for the team’s season opener against the Cleveland Cavaliers. On Monday, Eric Koreen of The Athletic stated that he expects the veteran forward “to be out for a little bit.” Also, Aaron Rose of AllRaptors at Sports Illustrated added that Porter “appears to be weeks away.”

In July, Porter signed a two-year contract with the Raptors worth $12.4 million. This came after he won his first NBA championship ring with the Golden State Warriors, who ousted the Boston Celtics in six games to claim their fourth title in eight seasons.

Back in April, Ontario launched popular sports betting apps such as BetMGM, Caesars, and DraftKings, becoming the first Canadian province to do so. The BetMGM Ontario app offers a nice variety of different options, including futures, totals, point spreads and point spreads. Through BetMGM Ontario, customers can bet on sports such as hockey, football, basketball, baseball, soccer and MMA

Porter’s arrival can’t come soon enough for a Toronto team that usually features one of the NBA’s best benches. With Porter sidelined, the Raptors will need extra help on offense from the likes of Precious Achiuwa, Malachi Flynn and Thaddeus Young.

The Raptors were not able to come to terms on an extension with All-Star forward Pascal Siakam ahead of the season opener against Cleveland.

TSN’s Josh Lewenberg reported the news, adding that Siakam is eligible for another extension next offseason. Lewenberg noted that if Siakam is named to an All-NBA Team, he’ll be eligible to receive the “super max” contract.

In Oct. 2019, four months after leading the Raptors to the franchise’s first NBA championship, Siakam signed a four-year extension worth $130 million.

Toronto’s star player has averaged over 20 points per game in each of the last three seasons, taking on a bigger role in the wake of Kawhi Leonard’s departure. In 2021-22, he averaged 22.8 points, 8.5 rebounds and a career-high 5.3 assists per game.

The Raptors exceeded expectations last season by going 48-34, which was good enough for the fifth seed in a stacked Eastern Conference.

Toronto drew the Philadelphia 76ers in the first round of the playoffs. The Raptors lost the first three games but wound up pushing Philly to a sixth game, before ultimately bowing out 132-97 to the Atlantic Division rivals.

It’s hard to envision the Raptors making another deep playoff run due to the amount of heavyweights in the East. The reigning conference champion Boston Celtics aren’t going away, for starters.

The Milwaukee Bucks are always a bonafide contender with Giannis Antetokounmpo. The 76ers and Miami Heat will also be in the running. The up-and-coming Cleveland Cavaliers are ready to take off after acquiring Utah Jazz superstar Donovan Mitchell in a trade. And the Brooklyn Nets have nowhere to go but up following a drama-filled and forgettable 2021-22 season.

But the Raptors have a good combination of young and veteran talent to stay ultra-competitive. Siakam is still an All-Star, and 2022 Rookie of the Year Scottie Barnes could easily take his game to another level. And of course, Fred VanVleet remains one of the game’s most underrated all-around guards.

There’s just too much talent here for the Raptors to miss out on the postseason. They’ll improve their win total by one game, but finish sixth instead of fifth in the East this time around. When all is said and done, Siakam and company will manage to avoid the scare that is the play-in tournament.