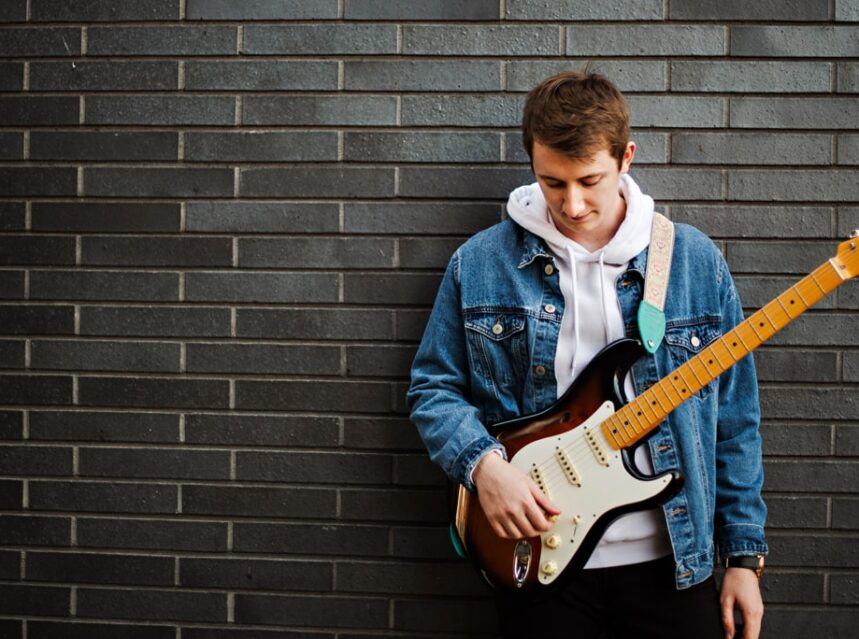 Known as the “Canadian John Mayer”, the Multi-Instrumentalist Music School Graduate and Producer Blends Folk and Neo-Soul to Create A Sound All His Own

Sean Bertram is a multi-instrumentalist, producer, engineer, and prolific singer-songwriter. He was awarded “Best Pop Song in North America” for “Against My Will” at the Intercontinental Music Awards this year, before graduating at the top of his class from Humber College’s prestigious Bachelor of Music Program. Having already caught the ear of industry legends, Bertram blends folk, pop, and neo-soul to create his own unique sound, with emotive melodies and stunning, powerful lyrics. Commenting on Bertram’s first release, Canadian mastering engineer Peter Letros (Beyonce, Duran Duran, Jacksoul) said “I can’t remember the last time I’ve been so impressed with an album from a new artist on so many levels. The song-writing is top notch, instrumentation and lyrics, vocals, guitar playing, mixing… everything.”

Bertram’s sophomore album showcases his astute musicianship, fierce creativity and willingness to learn. Drawing inspiration from industry legends Prince, Gordie Sampson, and John Mayer among numerous others, Bertram’s album was partially recorded in Humber College’s state of the art studio, as well as his 15×15 bedroom. Though working completely alone was an adjustment for the artist, he notes “At first it was scary and isolating, but it became really exciting and freeing – I learned how to do so many things by myself that I’m really proud of.”

Playing numerous instruments on the album, Bertram also served as producer and mixed the entire project himself. Grammy Award-nominated Canadian musician Drew Jurecka arranged and performed the string section on one of the tracks, and the album was mastered by Peter Letros – the former Chief Mastering Engineer at Sony Music Canada. The project also includes numerous appearances by Bertram’s classmates and colleagues.

The first song on the album, “Echo”, is about doubts in a relationship, especially in the digital age. “Echo” is the albums’ natural opener, a stand-out song on which Bertram performs almost every instrument except the drums – introducing listeners to his astonishing musicianship, songwriting talent, and incredible melodic craftsmanship. Followed by second single “Santa Barbara Pier” – a song about knowing one’s place in a relationship, and later “Angeline”, a deeply personal nostalgic and melancholy ballad about longing, Sean Bertram’s brand-new project is filled with outstanding musical performances, relatable lyrics, and engaging melodies rarely seen from such a young artist.

The album also features, “Sadie”, – a song that started as an assignment for a class at Bertram’s music school where students were tasked with arranging a horn section. The upbeat melody of the song stands in contrast with its lyrics, which focus on living with depression. With its incredibly full production, “Sadie” yet again shows off Bertram’s phenomenal musical talent, as it too was also created in his bedroom.

With talent and musicianship rarely seen in the industry today, Bertram’s sophomore album is a beautifully written and stunningly performed personal and emotional, musical journey. Choosing to self-title the album because of what it represents to him, Bertram notes: “I grew so much as a musician, song-writer and producer and audio engineer. It was a year of me learning things I haven’t learned before. I settled on it being self-titled. I want it to be an expression of who I am as an artist and song-writer, as it fully encompasses me as an artist.”

“Sean Bertram” will be available everywhere on September 17th 2021