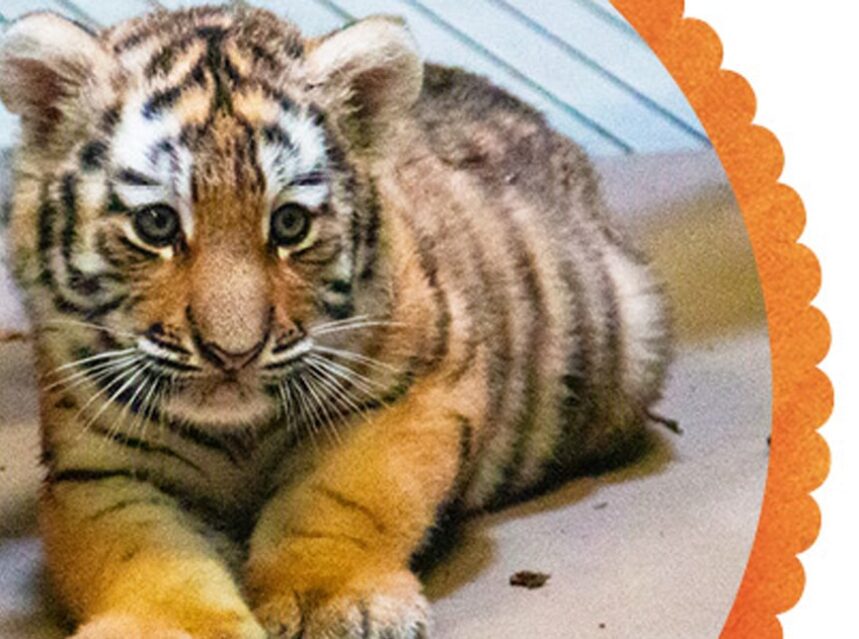 TORONTO, ON, Monday, July 19, 2021: As part of a successful conservation breeding program, on Friday, April 30, 2021 your Toronto Zoo welcomed a female endangered Amur tiger cub, affectionately known on social media as #TOTigerCub, and we need YOUR help to give her a name! Beginning Monday, July 19, 2021 through Sunday, July 25, 2021 at 11:59 pm vote at torontozoo.com for your favourite from the selected names below:

Your Toronto Zoo is also excited to announce two important partnerships supporting our mission to connect people, animals and conservation science to fight extinction. Giant Tiger is the presenting sponsor of the “Help Us Give #TOTigerCub A Name!” promotion and Toronto Star is the supporting media sponsor. The name with the most votes will be announced on Thursday, July 29, 2021, in celebration of International Tiger day! Can’t get enough #TOTigerCub? Be sure to follow us on social for new content and updates on her growth and development.

Mazyria, affectionately known to Zoo staff and volunteers as “Mazy”, gave birth to three cubs after a 104-day pregnancy. The Zoo was heartbroken to have lost two of the three cubs in May as a result of different medical conditions. This Amur tiger cub continues to thrive, nursing regularly from Mazy. While the first few months are critical to the cub’s survival, we are cautiously optimistic based on her progression that she will continue to grow healthy and strong.

At nearly 14 years old, Mazy is one of the oldest Amur tigers to give birth in the Species Survival Plan (SSP) population. The pairing of Mazyria, born at Granby Zoo in 2007, and male tiger Vasili, born at Calgary Zoo in 2012, was part of an Amur Tiger SSP recommendation. The Amur Tiger SSP ensures the ongoing genetic health of the Amur tiger population in human care, safeguarding genetic diversity that may have been lost in the wild during the 20th century. The SSP Program oversees population management within Association of Zoos and Aquariums (AZA) accredited member institutions and coordinates the Tiger Conservation Campaign, linking zoo tigers with their wild counterparts. To make a donation in support of the endangered Amur tiger and the critical wildlife conservation work being done at your Toronto Zoo to save wildlife and wild spaces, please CLICK HERE.