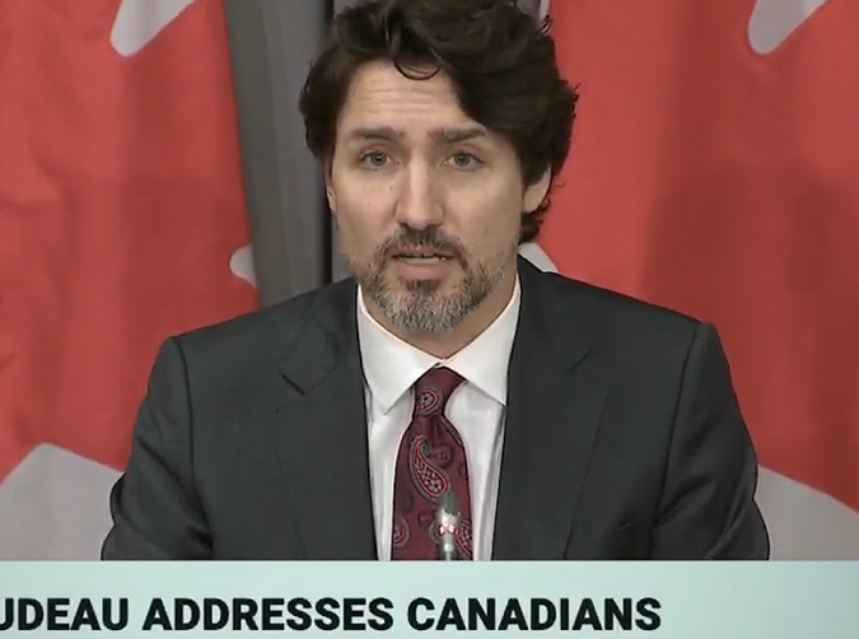 OTTAWA, ON, May 1, 2020 – Today, Prime Minister Justin Trudeau made the groundbreaking announcement that Canada will be banning more than 1,500 types of assault weapons effective immediately.

Canada’s Prime Minister cited several mass shooting tragedies including the massacre of 14 women at Ecole Polytechnique in 1989, the Dawson College shooting in 2006, the shooting on Toronto’s Danforth in 2018 and most recently last week’s horrific tragedy when 22 people were killed in Nova Scotia, in Canada’s deadliest mass shooting. He said the heartbreaking truth is that mass shootings are happening more often with each passing year.

“Today we are closing the market for military-grade assault weapons in Canada,” said Prime Minister Justin Trudeau. We are banning 1,500 models and variants of these firearms.

Today, Trudeau said “we have no use and no place for such weapons in Canada.”

The Canadian Prime Minister pointed out that the vast majority of Canadian gun owners use them in accordance with the law. “For many families including indigenous people, firearms are part of tradition passed down through generations and the vast majority of gun owners use them safely, responsibly and in accordance with the law, whether it be for work, sport shooting for collection or for hunting,” said the PM.

“We want to do everything we can to protect Canadians and their communities against gun violence…”even amid this terrible pandemic, where we have seen the impact a gun can have endangering lives of the people in our our communities.”

“With each passing year more families are ripped apart by tragedy, more parents are struggling to explain the inexplicable to their kids and more teenagers are growing up in a world where gun violence is normalised. It needs to stop,” said Canada’s PM.

“We said we’d ban assault-style firearms in Canada, and today we’re doing exactly that,” said PM Trudeau. He explained that the weapons are not designed for hunting, they are designed to kill people. That hunters do not need that sort of firepower. “You don’t need an AR-15 to bring down a deer,” said Trudeau

“Those guns have no place in Canada… This will keep more Canadians safe,” said Trudeau.

Public Safety Minister, Bill Blair has created a specific list of the types of firearms used in mass shootings which now will be banned. On that list, according to Radio-Canada will be firearms like the M4, M16, AR-10 and AR-15 assault rifles of which as many as 83,572 exist in Canada. Other banned firearms include the M14 rifle like the one used in the Moncton shooting and Ruger Mini-14s like the one used at the Quebec massacre.

Banning assault style rifles was on the Liberal agenda during the election campaign. There will also be a compensation program that will need to be legislated through parliament, the Prime Minister said.

While Justice Minister David Lametti said that all Canadians must comply with the law by April 2022 or owners in possession of these banned weapons will face criminal sanctions.

“We recognise that it is only one step in all the things we need to do, including addressing hand guns laws, domestic violence and continuing to clean up gun control in Canada,” said Trudeau.

Deputy Prime Minister, Chrystia Freeland said that women continue to be greatly victimised within society and in these mass shootings. “These guns make it easier to commit mass murder, and the culture around their fetishisation makes them most dangerous for the people who are most vulnerable, and that is women and girls,” said Freeland. She also pointed out that in 2018 79% of all victims of domestic homicide in Canada were women and that every three days a woman or girl is killed violently in Canada. “Again, let that number sink in,” said Freeland.

“In saying no to assault-style weapons puts feminist ideas into practice,” said Freeland.

“We are acting to ensure that all women who have been victimised, frightened, threatened harmed, brutalised and killed have not suffered in vain. Enough is enough, “said Freeland.

Things still need to be ironed out but from now on, Trudeau says “military-grade assault weapons ends today.” Trudeau said licensed gun owners will no longer be allowed to sell, transport, import or use these sort of weapons in Canada.

Trudeau said the legislation will be passed over the coming months to provide fair compensation for people who own these type of firearms.

Trudeau said there will be an amnesty period of two years for people who already own these types of firearms to comply with this new ban.