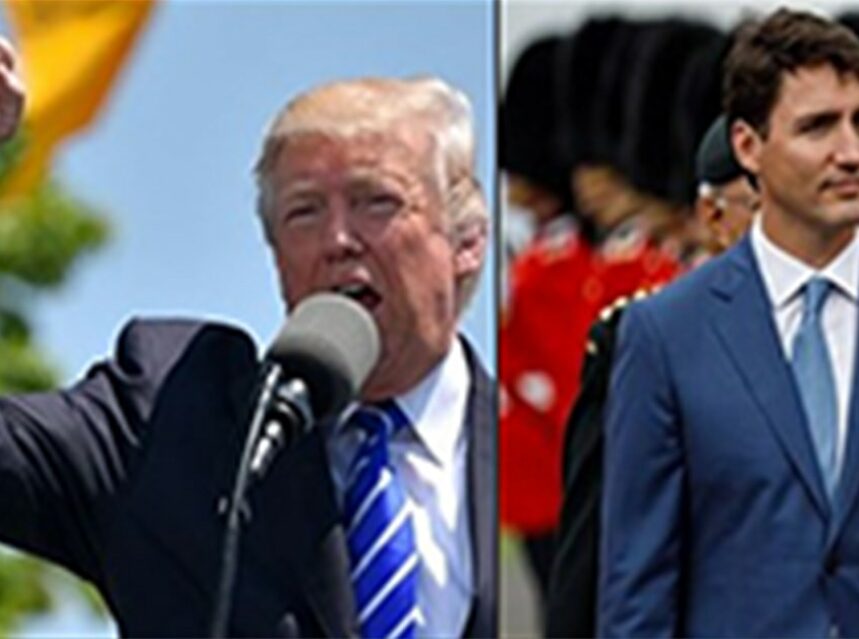 Trump and Aides throws Insults At Trudeau – It is hard to conceive how a leader of one of the largest countries in the world, President Donald J. Trump of the USA could throw insults of the type which are alike to a child having a temper tantrum – at one of his country’s closest allies, Canada’s Prime Minister Justin Trudeau. But the inconceivable has happened.

Trump, as well as some of his aides, went on the attack this past weekend against the Prime Minister, throwing heavy insults at him after he refused to submit to the President’s contentious tariff demands – mainly on steel and aluminum.

It was Trudeau’s closing statements at the end of the G7 summit in La Malbaie QC that apparently prompted the petty insults and angry reaction from Trump. The Prime Minister simply stated that the recently imposed tariffs on Canadian aluminum and steel were ‘insulting’ (in reaction to Trump’s previous statement that ‘Canada posed a national security threat to the U.S.’) and Canada would continue to stand up for itself against Trump’s unfair agenda.

Not long after, Trump went on a ‘Twitter’ attack accusing Trudeau of making ‘false statements’, basically calling him a liar and also saying that he was ‘very dishonest and weak’. It was followed by the shocking words of White House Trade Adviser, Peter Navarro, who said in an interview with Fox News, “There’s a ‘special place in hell’ for any foreign leader that engages in bad-faith diplomacy with President Donald J. Trump and then tries to stab him in the back on the way out the door.”

Trump’s actions are being called ludicrous and absurd – but then again, coming from a man whose only experience before entering politics was as a businessman (with highly questionable dealings and tactics) and a reality TV show host, might not be all that surprising.

Prime Minister Trudeau on the other hand, did not balk at the statements but instead remained professional and mature – which is to be expected from a leader of one of the most respected and democratic countries in the world.