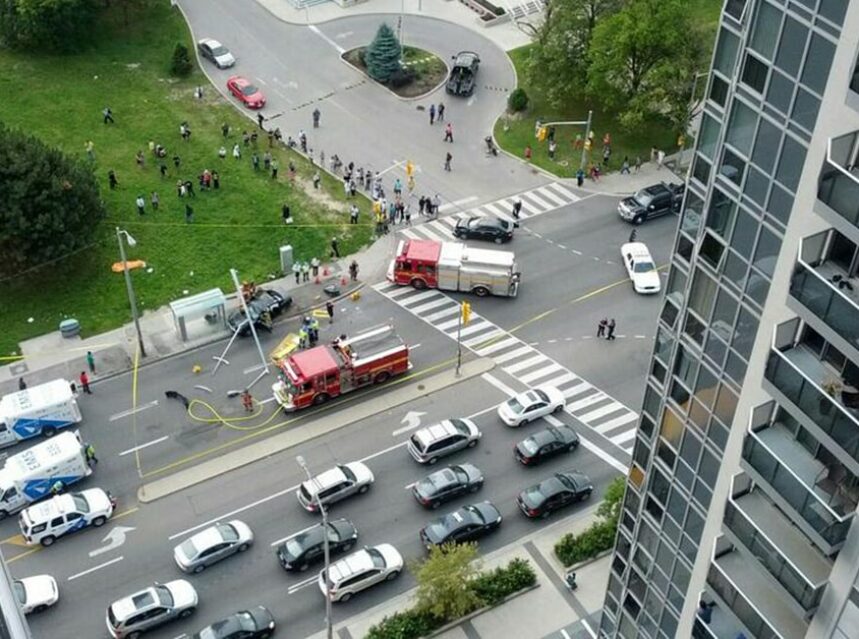 Police have one suspect in custody.

The Trauma centre at Sunnybrook hospital have been receiving the injured victims. For a precaution the trauma centre has been placed on lock down.

Police have closed the southbound lane of Yonge at the intersection of Finch. People are asked to avoid the area as the investigation is still on going.