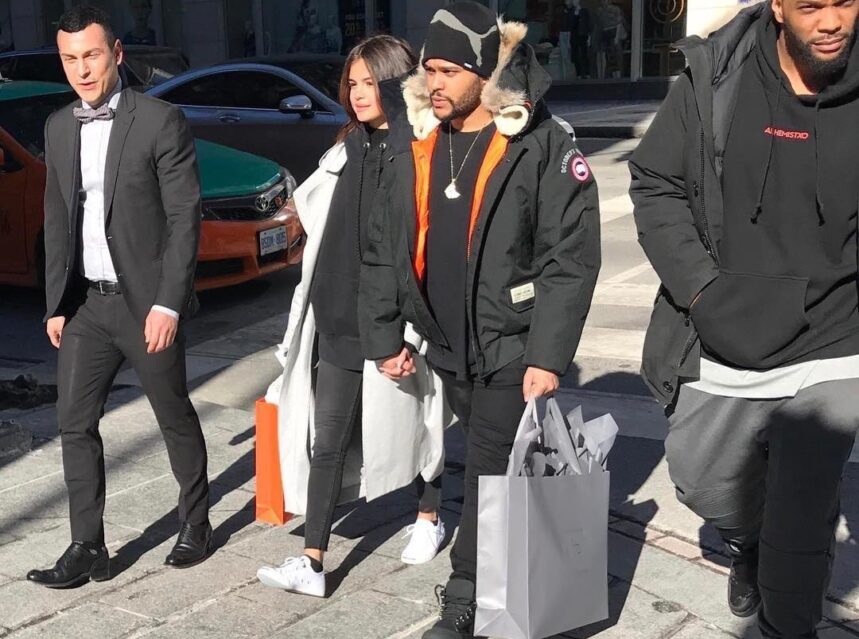 If you haven’t already heard, Toronto’s very own, The Weeknd and pop star Selena Gomez have been one of the hottest celebrity couples as of recent.

Today, The Weeknd brought his girlfriend home to Toronto to show her around. The couple was spotted having lunch together at the Thompson Diner (according to eTalk, Abel had chicken and waffles and Selena had egg whites, shaved ham, potatoes and white toast, by the way). The two then decided to do a little shopping around Yorkville, including Hermes and Holt Renfrew.

The night before, they rented a movie theatre to watch a private screening of the movie Get Out.

Fans of the couple have been freaking out on Twitter.

So Selena Gomez is in Toronto. WHY AM I IN CLASS AND NOT GETTING MARRIED TO HER.