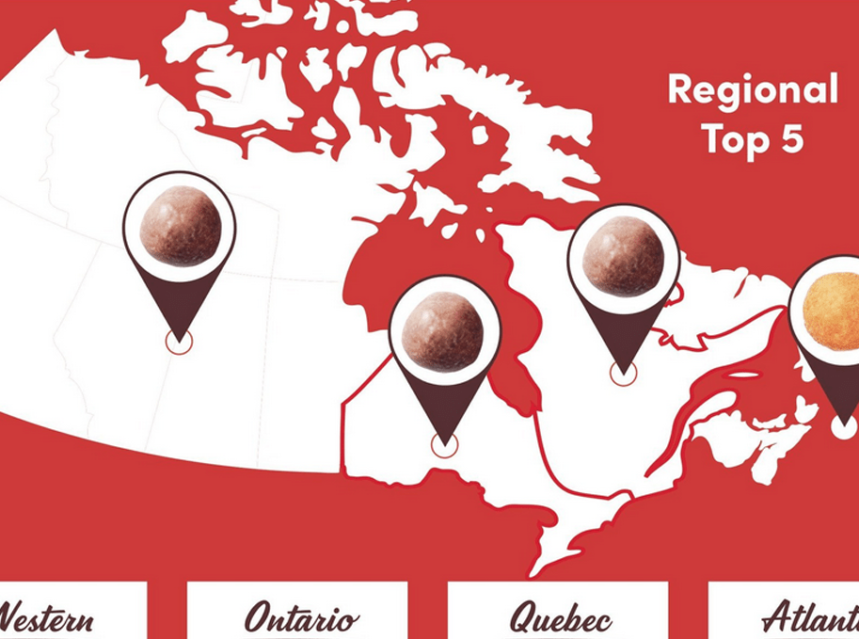 Tim Hortons celebrates the 45th anniversary of its iconic Timbits by revealing the top flavours of 2021, including Timbiebs

TORONTO, Dec. 30, 2021 – It’s hard to believe (or belieb – sorry we couldn’t resist) that since 1976, Canadian families and friends have been ordering boxes of Timbits to share and debating which of the Tim Hortons bite-sized treats is the best of the bunch. To celebrate the 45th anniversary of Timbits, Tim Hortons is revealing what guests’ top picks of 2021 were, including which new Timbiebs flavour was ordered most.

The most popular classic Timbit in Canada over the past year was the Chocolate Glazed – by a wide margin. Birthday Cake and Honey Dip were neck and neck for second and third place, Old Fashioned Plain was fourth and Sour Cream Glazed was in fifth.

When it came to Timbiebs – the new lineup of Timbits flavours developed in collaboration with Justin Bieber – it was very close, but Chocolate White Fudge emerged as Canada’s top pick.

When looking at the top classic Timbits regionally, Chocolate Glazed came first in the West, Ontario and Quebec. The Atlantic provinces were the outlier where the Old Fashioned Plain was the most popular Timbit.

“It was such a huge year for the Timbits platform, not only for the big 45th anniversary but with our work with Justin to collaborate on Timbiebs, which have been a massive hit!” said Tim Hortons Director of Culinary Innovation Chef Tallis Voakes, who worked with Justin on developing the Timbiebs recipes.

“Justin told us the Chocolate Glazed was his favourite classic Timbit so I’m not surprised it ended up officially being Canada’s favourite as well.”

There have been dozens of different Timbits flavours in the 45-year history of Canada’s perfect treat. Here are just a few of the Timbits flavours from the past decades (including a few limited-edition offerings that weren’t available in most restaurants) :

Timbits around the world

In 1964, the first Tim Hortons® restaurant in Hamilton, Ontario opened its doors and Canadians have been ordering Tim Hortons iconic Original Blend coffee, Double-Double™ coffees, Donuts and Timbits® in the years since. Over the last 55 years, Tim Hortons has captured the hearts and taste buds of Canadians and has become synonymous with serving Canada’s favourite coffee. Tim Hortons is Canada’s largest restaurant chain operating in the quick service industry with more than 4,000 restaurants across the country. More than a coffee and bake shop, Tim Hortons is part of the Canadian fabric and guests can enjoy hot and cold specialty beverages – including lattes, cappuccinos and espressos, teas and our famous Iced Capps® – alongside delicious breakfast, sandwiches, wraps, soups and more. Tim Hortons has more than 4,800 restaurants in Canada, the United States and around the world. For more information on Tim Hortons visit TimHortons.ca