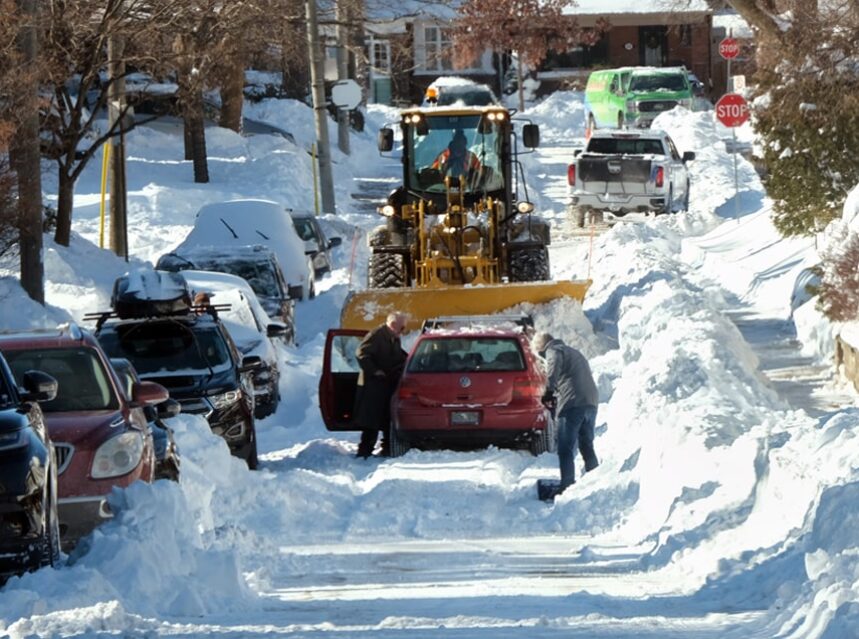 TORONTO, ON, Feb. 2, 2022 – Just as the City is making a great deal of headway with the clearing of last week’s major snow dump of 55 cm, a Winter Weather Advisory has been issued by Environment and Climate Change Canada for Toronto and southern Ontario, and for some areas to the north and west, Snowfall Warnings have also been issued.

Up to 30 cm of snow is expected towards Niagara and Hamilton as well is in southwestern Ontario starting Wednesday afternoon into Thursday morning, while Grey-Bruce, Dufferin-Innisfil, Huron-Perth could see accumulations up to 25 cm of the fluffy white stuff, with most of the GTA seeing lower amounts of 10 – 20 cm by Thursday morning and an additional 8 cm could arrive later on Thursday after a brief interlude without snowfall.

Regardless, southern Ontario cities and towns still recovering from last week’s major storm will be ramping things up again over the next two to three days. For Toronto and most of the GTA expect to see rain showers transition to snow this afternoon and into this evening. Snow is then expected to continue through Thursday.

City of Toronto says it is ready for the snow

The City of Toronto’s winter crews are ready to work non-stop to respond to a forecasted snowfall of approximately 25 cm of snow beginning Wednesday evening.

Preparations and planning have been underway today for the coming storm with operations focused on the safety and movement of residents and emergency vehicles, with salting and plowing of roads, sidewalks and bike lanes.

The City of Toronto has the following 24/7 staff and equipment that will be used in response:

Given the length of the storm and amount of snow predicted, the City is taking several steps to ready for this multi-day snowfall. Salters will be deployed as soon as the expected rain changes to freezing rain. Plows and salters will be strategically placed across the city, ready to begin operations in their assigned areas as soon as possible in response to the weather. Plowing crews will be deployed on major streets and sidewalks as the snow falls and plow hard and fast overnight. Residents are asked, if possible, to move their vehicles from major roadways, especially snow routes, before Wednesday evening to allow salters and plows to safely and efficiently clear the snow. When on the roadways, people are asked to maintain a safe distance from City crews and equipment to allow them to safely complete snow clearing.

Snow removal operations are expected to continue after plowing operations have been substantially completed.

Since the last blizzard hit Toronto as of January 31, City crews have:

The City says it will continue to focus its efforts on removing snow to ensure:

During plowing operations for this new forecasted snowfall, every effort will be made to plow snow to the curb but based on the amount of snow and limited right of way storage capacity, certain curb lanes may be impacted. The City will be working to ensure there is always an active lane and that sidewalks are not obstructed from plowed snow from the roads.

Private snow clearing operators, commercial property owners and the public are reminded to store snow on their property – it is illegal to push snow onto the streets and sidewalks from private property. Pushing snow onto the roads and sidewalks can pose a safety hazard and hampers snow clearing operations, requiring City crews to return to an area previously cleared.

The City offers a sidewalk clearing service for seniors and people with a disability who live in any area where sidewalks cannot be plowed. More information is available on the City’s Snow Clearing webpage.

Toronto has a comprehensive snow and ice response plan that prioritizes the safety and movement of residents above all else. More information is available at Toronto.ca/Snow.