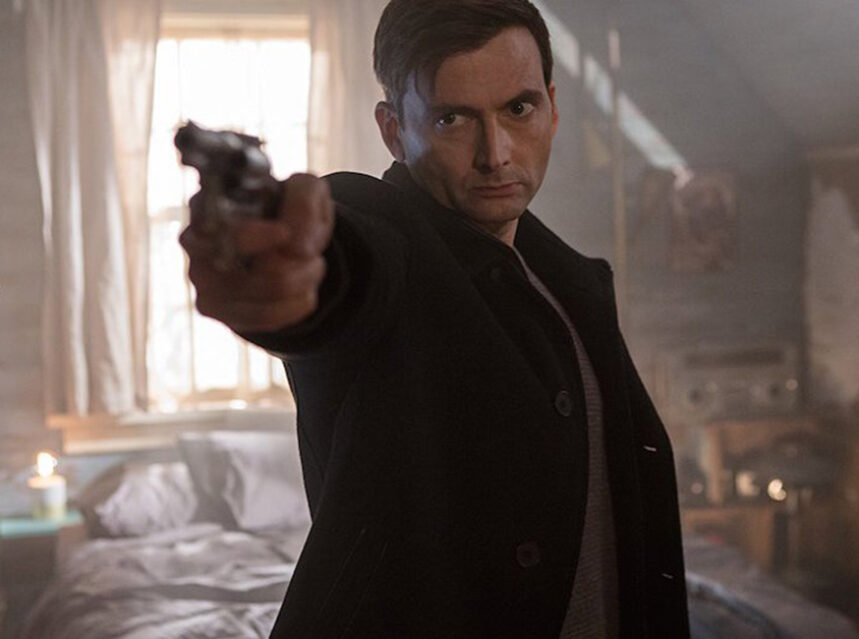 Bad Samaritan – Directed by Dean Devlin, and written by Brandon Boyce, “Bad Samaritan” starts with what seems to be a promising plot: Sean Falco (Robert Sheehan) an amateur photographer, and his pal Derek Sandoval (Carlito Olivero), work as valets in an upscale Italian restaurant. The valet service they provide, however, is, in fact, a mere front to their real activity. When they calculate that a customer is going to spend a good time eating, Sean and Derek instead of parking the car will drive it directly to the customer’s home and then would proceed to rob it.

The ingenious scheme was going well for the two young fellows until the night when Sean gets the chance of driving the car of a mysterious diner. When Sean arrives at a luxurious home of his victim, he goes through the mail and to his pleasant surprise, finds a high-expense credit card which he soon activates from one of the phones he finds in the house. All the time he has been in contact with Derek who stayed at the restaurant. Finding the card is great news for the two thieves, and Derek now urges Sean to come back right away.

Sean, however, is puzzled by a door that has a reinforced lock. Thinking that the room behind that door must contain some even more valuable booty, he takes the time to go through the household keys until he finds the one that would open the mysterious door. What our would-be robber sees, however, is not what he expected, and from that moment on he would start living a nightmare.

By then the mysterious customer, Cale Erendreich (David Tennant), has ended his meal and wanted his car back. Sean barely manages to come back with the vehicle before the delay becomes too apparent, but Cale has already suspected that Sean could have access to the secret that he keeps at the home just raided by the valet. At this time, the thriller arrives at a crucial point: what Sean has discovered at Cales’s house is a horrific occurrence, and he even denounces it to the police. But the results are not what he expected, and that forces him and Derek to get more involved. However, despite the interesting and dangerous circumstances in which the thieves-turned-heroes are now implicated, for some reason the story from that moment on tends to fall in a series of implausible situations. The writer decided to put an emphasis on violence and leave some loose ends, particularly the case of the consequences of the indignities and then the physical aggression suffered by Sean’s girlfriend Riley (Jacqueline Byers).

“Bad Samaritan” is a thriller that manages to capture the audience’s interest in its first part, but then the final section gives the impression that merely writer and director couldn’t find a more convincing way of finishing the film. The movie contains scenes of violence and some images of torture.