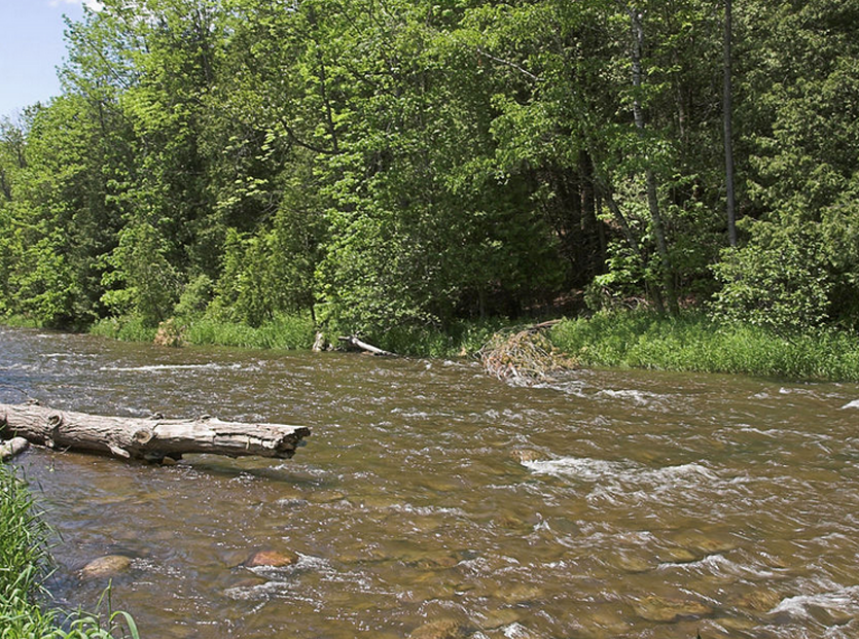 MISSISSAUGA, ON., May 27, 2021 – A beheaded goat was found in the Credit River in Brampton this morning by local angler, Joseph Ward. He posted about the gruesome and sad discovery on the Credit River Anglers Association facebook group page.

The young brown and white goat was found in the shallows by the shoreline of the Credit River near Embleton Road in Brampton.

“The Credit River is dear to my heart,” said Ward. “We fish, we swim, we hike along this awesome river. This (expletive) needs to stop,” said Ward.

There is no word yet on whether there is a connection to the baby goat, Juniper that went missing from Riverdale Farm in early May, but Ward says he thinks this particular goat was somewhat older than the one that went missing.

Ward also said a rooster was found dead floating along the shoreline with a rope around its neck a few days earlier.

This is not the first time seemingly sacrificed animals have been found in the Credit River. In late April of last year, goat heads and bound, mutilated birds and chickens were being discovered washed up on the shores of the Credit River in Brampton.

Back then, Brampton Ward 2 councillor Doug Whillans told Brampton city council “There seems to be more and more rituals on the Credit River. Some of these people are finding — you’ll see in the correspondence and attached letter — of animal heads and chickens and things. So, maybe if we can get an education piece out,” said Whillans.

“I know Credit Valley (Conservation) has done it in the past, but maybe we just have to reiterate to some of the newer residents in the communities and other residents that this is not a place for this to happen, because they’re washing up the shores and by these peoples’ homes,” said Whillans.

In Ontario, it is illegal to slaughter food animals outside of licensed meat plants.